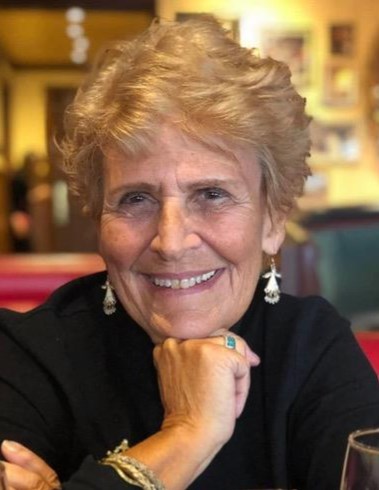 BORN
1940
DIED
2021
On Thursday, November 18th 2021, Constance Eileen Mary Dolan DeBuhr was called to work along side God, His angels, and all those that passed before her. The Lord needed her sunshine and positive energy to pour on this world.

We often said that the Mary Tyler Moore song was written for her: Who can turn the world on with her smile? Who can take a nothing day, and suddenly make it all seem worthwhile?

Connie was born on March 14, 1940 to Edward Joseph and Lillian Zarouhie (Destian) Dolan in the Bronx borough of New York City. While she didn't talk much until she was about three, when her brothers Larry and Dickie went to school, her gift for gab was sparked.

She was also a sponge for learning, whether it be in watching Jeopardy and Wheel of Fortune, or studying literature in college. And from there, we were all blessed with hearing her thoughts on many subjects, from politics and history, to ethics and religion.

Wherever she went, Connie gathered friends. She is still in contact with many of her Southwest High School classmates from Minneapolis, as well as neighbors from her early married life in Minneapolis.

After high school graduation, Connie married David DeBuhr, and together they lived in Casablanca Morocco while Dave was in the Air Force. Connie worked on the base until welcoming their first child, Lynn.

After returning home two years later, the family circle grew to include Kathleen, Edward, and Amy.

While not only being active with her family, being a Girl Scout leader, Great Books teacher, and attending games, music, and other social activities, Connie also worked outside the home. Connie worked for General Mills, and then later Control Data. No matter where she worked, she was able to organize and developed systems that created ease for all the others that worked there.

After seeing how other companies worked, Connie went on to create her own company, Les Femmes Inc., from her Lakeville, Minnesota home. She had two products, Delete and Lipservice, that she promoted on TV channels, such as QVC and HSN. This also allowed her to meet celebrities such as Frankie Vallie.

After her divorce from Dave, Connie moved down to Ft. Myers FL, once again creating a community of friends. She enjoyed water aerobics, potlucks, and playing cards. Always an advocate for words, Connie was also the editor of the Sabal Springs newspaper. Connie was also a world traveler, and would often share stories of her trips to Paris, Greece, Thailand, and Russia.

The only thing that seemed to slow Connie down was cancer. She rose to the challenge, and the lessons it taught her, until it was time for her to stop the fight and rest her mortal body.

Those left to carry on Connie's legacy are her daughters, Amy (Mike) Muehlbauer, Kathleen (Tracy) Holmes, Lynn (Mark) DeBuhr Johnson, and son Edward (Renee) DeBuhr. She was beloved by her grandchildren, Morgan Muehlbauer; Kelly (O'Connor) and Kory Newgaard; and Brianna (Midtovne), Casey (Pytleski), Meghan (Fasnacht), Alexander, Zachary, Lucas, and Chloe Johnson; Jeremy and Ryan DeBuhr. We will all make sure to pass her love and sunshine to her great-grandchildren, which now number 6. Her brother, Richard Dolan, nieces and nephews, and special friend Dave Farrell, also hold stories close to their heart.

She was preceded in death by her parents, daughter Joan, and brother Larry.

There will be a gathering in Minnesota to be announced at a later date.
Published by Sun This Week from Nov. 22 to Dec. 6, 2021.
To plant trees in memory, please visit the Sympathy Store.
MEMORIAL EVENTS
To offer your sympathy during this difficult time, you can now have memorial trees planted in a National Forest in memory of your loved one.
MEMORIES & CONDOLENCES
0 Entries
Be the first to post a memory or condolences.