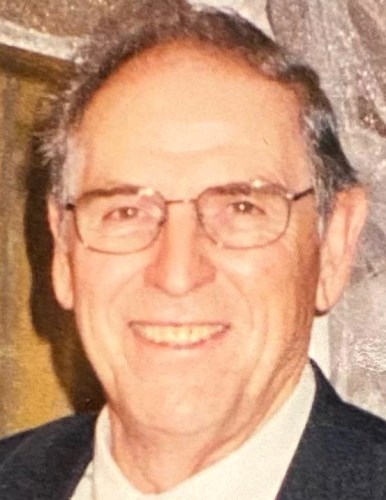 Cy was born on December 24, 1935 to Thomas Hennek and Mary Hennek in Foley, MN (Benton county, Glendora, Twp) @ 9:40 p.m. He lived on a farm which his mother owned with her husband Louis LaVigne. Louis died of the flu and Cy's mother married Thomas Hennek. Cy was very proud of the farm. Two things he truly enjoyed as a child was his 3 wheel trike and then as he got older a bike. He loved his horse, Sandy she was a Roane he said, he never used a saddle always bare back. His brother LeRoy took over the farm and his son Dan Hennek took over from there. The farm has been in the family since 1886 (LaVigne) Louis father. 2015 Dan and Debbie built a new home and Dad was so thrilled. The farm is something he was always asking about. 1886 till to date, 135 years! Cy Went to school in Foley, MN and graduated in 1953 May 29th @ 8:00pm. A few highlights were, he was active in the band, sportsman club, drama club, and track. His senior year he was cast in the play "Jane Erie" Cy was Dr. Carter. Senior year, Cy bequeath the ability to crack jokes in 7th hour social to Herbie Moe. He was as active as a farm boy could be.

After school Cy enlisted into the Air Force, from 1953-1958 (actually 4 yrs 8 months and 3 days). He was in during the Korean War. He received Medals, such as, National Defense and Good Conduct medals and was stationed over in England. He truly enjoyed traveling in England, while he was there, and whenever he was able to. Cy worked for the FAA at the Farmington Air Traffic Control Center as a technician from 1957-1992. He had 35 yrs of service and 5 years in the Air Force (40 years of service). After a hard day of work he would go to the legion post on occasions where he met Midge, his dancing shoes were a sure hit, he danced his way into marriage in 1969. Cy and Midge were together for 52 years until Marjorie (Midge) Hennek passed away in 2017. Cy raised 5 children into adulthood, and 13 grandchildren with two blessed great grandchildren.

After Cy retired in 1992 he worked for Marshall Lines taking the girls baseball and boys basketball traveling to their events all over. He enjoyed taking the 5th graders to Whitewater as well. Cy was very active with his community either in Farmington or up at the cabin. He always took care of the neighbors and helped those in need. He was known as "I See Cy" he sees things that need to be done and he lends a helping hand. He has now passed that onto John Bauman. Active in his church, Trinity, and the American Legion, serving as a Chaplin, just one of the hats he wore. He was involved in the snowmobile club and many clubs too many to mention. He loves bowling and golfing, gathering with friends and family for a great game of cards such as Rummy, 500 or Cribbage, there truly was not a game he did not know. (He was a bit competitive LOL!), also hunting with his children and nephews, fishing, gardening, and dancing. Most of all Cy loved to socialize and lend a helping hand. He has a jingle in his pocket always because he never left home without 4 quarters....