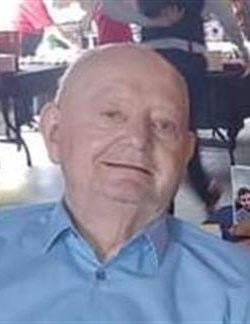 Jim grew up in Chicago. He married Barbara on April 15, 1961. They moved to California for a few years, then to Bloomington, MN for 10 years and lived in Apple Valley, MN for over 40 years. His first job out of college was with Lockheed Martin and his last job was with Lockheed Martin after being part of many name changes to Sperry Univac, and other Univac divisions. He enjoyed camping, fishing, grilling, peanuts in the shell. Jim knew how to make his own maple syrup and taught community education classes teaching others his technique. He loved his family, talking technology at the dinner table, and coaching softball. He was a big part of Apple Valley Athletic Association as a girls' softball coach. Jim and Babs were active members of the Senior Center in Apple Valley. A couple of his favorite activities there were Wii bowling and playing 500. After retiring, Jim and Babs did a lot of traveling. Jim also spent a lot of time working on the land they owned "up north." He loved giving the grandkids rides behind the John Deere tractor.

Arrangements by Cullen Crea Funeral Home.
Published by Sun This Week from Sep. 23 to Oct. 7, 2021.
To plant trees in memory, please visit the Sympathy Store.
MEMORIAL EVENTS
To offer your sympathy during this difficult time, you can now have memorial trees planted in a National Forest in memory of your loved one.
Funeral services provided by:
Cullen-Crea Funeral Home
MEMORIES & CONDOLENCES
Sponsored by Cullen-Crea Funeral Home.
0 Entries
Be the first to post a memory or condolences.