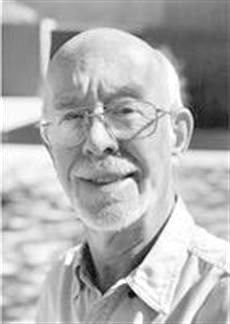 Rick was born and raised in Stevens Point, Wisconsin. Upon graduating from high school, Rick

enlisted in the U.S. Army. For the next four years he would serve at various domestic military

bases, going as far afield as Anchorage, Alaska. He then took advantage of the GI Bill and went

gladly share his wealth of knowledge of when prodded. Rick enjoyed repairing and selling vintage slot machines; attending flea markets; and collecting poker chips, coins, and Southwest native artwork. He loved shopping at multiple grocery stores for the best deals and would be running to the store every day. He loved playing slot machines at the casino and even had some jackpots throughout the years.

Rick met his wife Linda Musial in Green Bay, Wisconsin. They married in 1975, settled, and raised a family in Madison, Wisconsin. He worked for the state of Wisconsin for many years before retiring in 2003. That same year, Rick moved to Scottsdale, Arizona, where he met his long-time girlfriend, Marge Metz.

In 2020, after a number of health incidents, Rick moved to a care facility in Apple Valley, MN, to be closer to family.

He maintained his sense of humor and easygoing attitude until the end of his life. He passed away peacefully surrounded by his two children and former wife.

He was preceded in death by his father Carlton; mother Betty; and brothers John, Bob, and Tom. He is survived by his two loving children, Sara (Birdie the dog) and Todd (Julia); his girlfriend, Marge Metz; his former wife, Linda Musial-Lintner; his sister, Kathy (Roger) Maki; his grandchildren Owen and Micah Lintner; and his poodle, Gigi.

Rick's visitation was 9:30 am on Friday, October 22, at White Funeral Home, 14560 Pennock Ave, Apple Valley, MN, with a funeral service at 10:30 am. Burial followed at Fort Snelling National Cemetery in Minneapolis, MN.

Published by Sun This Week from Oct. 20 to Nov. 3, 2021.
To plant trees in memory, please visit the Sympathy Store.
MEMORIAL EVENTS
To offer your sympathy during this difficult time, you can now have memorial trees planted in a National Forest in memory of your loved one.
Funeral services provided by:
White Funeral Home
MEMORIES & CONDOLENCES
Sponsored by White Funeral Home.
0 Entries
Be the first to post a memory or condolences.