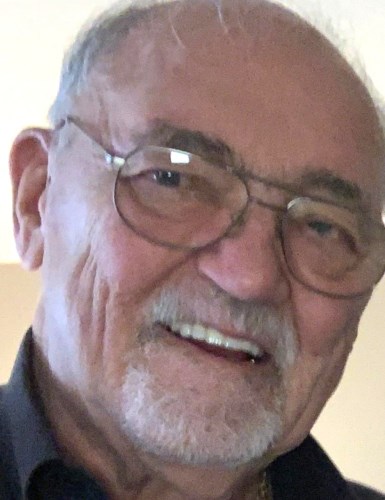 He leaves behind his wife of 61 years, Sonja; his daughter, Joanna (Michael); his son, Robert, Jr. (Michelle); his grandsons, Jordan Johnston and William Beltran; and his brother, Donald (Sheri).

He was preceded in death by his parents and older brother, Richard.

Robert Johnston was born December 15, 1939 in Grafton, ND to William and Florence (Lesher) Johnston, was raised on the family farm in Crystal, ND and graduated from Crystal HS in 1957. Then he entered the University of North Dakota majoring in history and music. He was also a voracious reader of classic literature, philosophy, and science from a very young age. He loved classical music and had a beautiful tenor voice. While singing in the Madrigal Club, he met his future wife Sonja Johnsrud, a music major from Dahlen, ND. Their first date was in Chicago during a Madrigal tour, and they married on September 11, 1960. Bob earned a Bachelor's and a Master's degree at the University of ND, where he joined the UND Flying Club and received his pilot's license, and began his teaching career in McClusky, ND and Alberta, MN before being hired by the Grand Forks school system as a teacher at Central High School. There Bob designed a program for students who were having difficulty learning in a typical classroom. Because of its success, Bob was offered an opportunity to bring his program to Burnsville High School by Superintendent Harold Bergquist. Bob and Sonja were ecstatic to move to a Minneapolis suburb where they'd have access to outstanding arts and culture. They settled into a new home in August 1973, and traveled extensively whenever the opportunity arose, including two trips to Argentina to visit their former exchange student, Jose Olivieri and his family. Bob also continued working his part-time summer job as an insurance adjuster for crop losses.

Bob retired from teaching in 1999 and increased his insurance adjusting employment from part-time to full-time and retired from ProAg in 2019. He was a licensed financial planner and an entrepreneur, inventing a product to deflect radiation from cell phone antennas.

Above all, Bob was a seeker and sharer of knowledge. He believed that being an educator was among the most noble of professions. We know that he imparted that knowledge to most everyone he met. He was deeply loved and will be forever missed.

A Celebration of Life will take place at a later date.
Published by Sun This Week from Oct. 25 to Nov. 8, 2021.
To plant trees in memory, please visit the Sympathy Store.
MEMORIAL EVENTS
To offer your sympathy during this difficult time, you can now have memorial trees planted in a National Forest in memory of your loved one.
MEMORIES & CONDOLENCES
0 Entries
Be the first to post a memory or condolences.