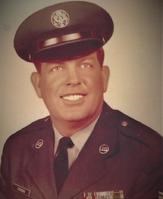 BORN
1937
DIED
2021
FUNERAL HOME
Riemann Family Funeral Homes
274 Beauvoir Road
Biloxi, MS
Bruce Strong
August 14, 1937 - September 12, 2021
Biloxi, Mississippi - Honorable Bruce C. Strong, age 84, of Biloxi, passed away on September 12, 2021, at his home.
Mr. Strong was preceded in death by his parents, James A. Strong and Syble (Morgan) Strong; his siblings, James W. Strong (Bobbie), Shirley Abernathy (Lewis), John Royce "Tobe" (Ingrid), Dorothy Hill (Basil), and Jerry Sansone (brother-in-law)
Bruce is survived by his wife, Annette Zohar Strong; his children, James E. Strong (Sammi), Jerry L. Strong (Rose), and Katherine A. Myers (Patrick); his siblings, Douglas Strong (Mary), J. C. Strong (Betty), Richard Strong (Mattie Rae), Glen Strong (Bettye), Mack Strong (Joanna), and Sherry Strong Sansone; and his grandchildren, Shannon Strong, Cory Myers, Richard Myers, Sara Myers, Madison Strong, and Aaron Strong.
Mr. Strong was born and raised in Oak Grove, LA and was a resident of Biloxi, MS since 1967.
He received a Master's Degree in Criminal Justice from the University of Southern Mississippi.
He enlisted in the Air Force on March 22, 1954 as a "Reciprocating Engine Mechanic" and became a flight engineer on RC-121, C-54, and C-124 aircraft. His assignments included: Charleston AFB (Charleston, SC), Nouasseur Air Base (Casablanca, Morocco), Donaldson AFB (Greenville, SC), Hunter AFB (Savannah, GA), and Keesler AFB (Biloxi, MS). Bruce retired April 1, 1974, in the grade of Master Sergeant.
After retiring from the Air Force, he began hauling trailers for Danny Guice. Bruce later joined the Biloxi Police Department in March of 1975 because he really wanted to find a way to make Biloxi a better place to live. Even though it wasn't a high paying job, he felt working for the public was rewarding in itself. He better understood the significance of becoming a public servant while escorting Biloxi Mayor, Gerald Blessey, to various venues. They had many discussions about the good of the public and how it had its own rewards. He stayed with the Biloxi Police Department as an officer for 20 years, 13 of them as a detective. Bruce was awarded the "Medal of Valor" from the City of Biloxi.
In 1996, Bruce began his first term of office as a Harrison County Justice Court Judge. As a police officer he saw there was room for improvement in the Justice system, and wanted to make a difference. He was an active judge for 6 terms, having 3 uncontested elections. During his tenure, he was President of the Mississippi Justice Court Judges Association for 3 terms and Executive Director for 2 terms. He has also served as a member of the Mississippi Judicial Advisory Study Committee and was President of the Biloxi Businessman's Club for 2 terms.
During his spare time, he was an integral part of the "Biloxi Mullet Brigade". He and his group endlessly volunteered for events frying fish and serving up Annette's world famous hushpuppies. The money raised went to various organizations to include Our Lady of Fatima (OLF), persons with terminal illnesses, and other local venues. In addition, they cooked for the annual Mississippi Justice Court Judges convention which, in 2018, was named "The Honorable Bruce Strong/MJCJA Seafood Cookout" to honor his dedication and commitment to the organization. Unbeknownst to most people, all of the food for every event was donated by Bruce and his wife. Bruce also served as chairman of OLF Springfest. Throughout his tenure as chairman, he raised approximately $100k every year for the church. His goal was not just to raise money but to bring the community closer together. He and his wife also volunteered countless hours running the Biloxi High School Booster Club, raising money to support BHS athletics. He was instrumental in purchasing Mississippi State Championship rings for the entire BHS basketball team in 2004. Bruce also became a self-taught auctioneer and sold merchandise weekly at his auction house for nearly a decade.
Judge Strong's true passion was his family, his church (OLF), and the entire Biloxi community. Bruce and Annette were married for 63 years, and you rarely saw one without the other; they were truly inseparable. He loved Biloxi, the LSU Tigers, living on the water, and good ol' country cooking. He worked diligently for 67 straight years and earned three retirements. You'd find it very difficult to find someone who worked as hard as Bruce. He was a man of conviction and made a difference wherever he went. When asked what he loved the most about his jobs, he'd tell you it was marrying people. Ask anyone who knew Bruce and they'll tell you he was an honest, fair, and humble man.
On behalf of Bruce and Annette, a special "Thank You" would like to be extended to his caregivers Rhonda, Nicole, Jennifer, Stephanie, and Ms. Kathy. They would also like to thank the Hospice staff from Southern Care and Kare In Home, especially Tracy Ladner who cared for him until he passed.
A Mass of Christian burial will be celebrated at 12:30 p.m., Thursday, September 16, 2021, at Our Lady of Fatima Catholic Church, 2090 Pass Road, Biloxi, MS, with the visitation starting at 10:30 a.m. until 12:15 p.m. Burial will follow at Biloxi National Cemetery
The family asks that all visitors wear masks during visitation and the church service. For those unable to attend, the mass and committal will be live streamed and may be viewed at www.riemannfamily.com.
In lieu of flowers the family ask that contributions be made to the local Saint Vincent DePaul Society.
Riemann Family Funeral Home, Biloxi has the honor of serving the Strong family.
An online obituary may be viewed, and memories shared at www.riemannfamily.com 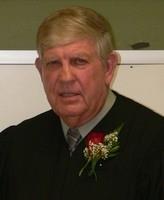 Published by The Sun Herald on Sep. 15, 2021.
To plant trees in memory, please visit the Sympathy Store.
MEMORIAL EVENTS
Sep
16
Visitation
10:30a.m. - 12:15p.m.
Our Lady of Fatima Catholic Church
2090 Pass Road, Biloxi, MS
Sep
16
Mass of Christian Burial
12:30p.m.
Our Lady of Fatima Catholic Church
2090 Pass Road, Biloxi, MS
Funeral services provided by:
Riemann Family Funeral Homes
MAKE A DONATION
MEMORIES & CONDOLENCES
Sponsored by The Sun Herald.
4 Entries
Our deepest sympathy
John McAdams, family and staff
September 20, 2021
Our heartfelt condolences to the Strong family. Our thoughts and prayers are with you during this time of grief. We wish you all peace.
Joe and Diana Grant
Other
September 15, 2021
Always enjoyed talking to Judge Strong after mass. He had that dry sense of humor that always made me laugh. He use to tell me that we were related in some sort of way. Will miss you. God Bless
Betty Strong
September 15, 2021
Offering our deepest condolences during this difficult time.
The Staff of Riemann Family Funeral Homes
September 15, 2021
Showing 1 - 4 of 4 results