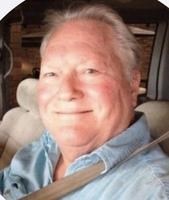 BORN
1941
DIED
2021
FUNERAL HOME
Lockett-Williams Mortuary, Inc. - Gulfport
2018 31st Avenue
Gulfport, MS 39501
David Martin
January 29, 1941 - March 26, 2021
Long Beach, Mississippi - David A. Martin, 80, died peacefully at home surrounded by family on Friday, March 26th.
David grew up in Marshall and Springfield, MO and graduated from the Missouri School of Mines in 1964. David, an Aerospace Engineer, enjoyed a long career working for NASA at various locations including the MSFC in Huntsville and the Michoud Assembly Facility in New Orleans. He settled in Long Beach, MS in the mid 1970's and finished out his long and historic career at the Stennis Space Center in Hancock County, retiring in 1994.
Fiercely Patriotic, David was very proud of the work he did for America's Space program. Most notably, he was a lead engineer on the Saturn V, the rocket that propelled American Astronauts to the moon in 1969. His work at Stennis Space Center was a continuation of America's space program, working as a lead engineer on the Main Engine Testing for the Space Shuttle missions. In recognition of his contributions to America's aviation and space exploration, David's name is inscribed on the National Air and Space Museum's Wall of Honor as a permanent testament to his commitment to and passion for flight.
David enjoyed flying, country music, old cars, tinkering on engines of all types, and in his younger days, fishing and boating in the Gulf waters off the Coast of Mississippi. He was a fiend for ice-cream, any flavor. David loved animals including cats, dogs, raccoons and meerkats. An avid fan of the original Star Trek series, David also enjoyed old Westerns, usually with his beloved 16 year old cat Blackie in his lap.
David was preceded in death by his parents, William and Olive Martin, his high school sweetheart and life-long companion Donna Criswell, and his beloved cat Blackie just three weeks ago. David is survived by daughters Katy Criswell (or Kat as he called her), Long Beach, MS and Julie Govan (Denis), Dunedin, FL, and his good friend Loyce Benge.
The family would like to thank Anna Hopper and Canon Hospice of Gulfport, MS for their compassionate care. In keeping with David's request no formal ceremony is planned.

To plant trees in memory, please visit our Sympathy Store.
Published by The Sun Herald on Apr. 4, 2021.
MEMORIAL EVENTS
No memorial events are currently scheduled.
To offer your sympathy during this difficult time, you can now have memorial trees planted in a National Forest in memory of your loved one.
Funeral services provided by:
Lockett-Williams Mortuary, Inc. - Gulfport
MEMORIES & CONDOLENCES
Sponsored by The Sun Herald.
2 Entries
David was a great friend who worked with my husband Doug in the MSFC Shuttle Office. They worked long hours and enjoyed their free time fishing, shrimping and working on their shrimp boats. He will be missed by his SSC friends.
Wanda Howard
Coworker
April 21, 2021
You will be missed so much, Dave!! After 25+ years knowing you through Mama, I grew to have a great respect and love for you! Thanks for being my friend!! You will always be remembered!
Pat Benge
Friend
April 5, 2021