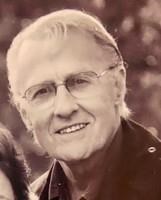 BORN
1935
DIED
2021
FUNERAL HOME
Riemann Family Funeral Homes
11280 Three Rivers Road
Gulfport, MS
Gene Warr
July 3, 1935 - September 11, 2021
Gulfport, Mississippi - Gene Warr, age 86 of Gulfport, passed away on Saturday, September 11, 2021.
Noah Gene Warr was born on July 3, 1935 in Center, Texas. His extraordinary life spanned 86 years during which he was a beloved husband, father, grandfather and mentor as well as a business and community leader.
The son of hard-working farmers, Gene was raised singing in churches around East Texas. His love for Southern Gospel music led him to an early professional career as tenor with the renowned Stamps Baxter Quartet and a tour as tenor with the Rushing Family. He later formed a pop group with his brother Al and two childhood friends, Aubie McSwain and James Wilson, which became The Four Mints. The quartet performed to great acclaim at the finest venues across the nation, including the famed Palace Theater and Copacabana in New York, the Sands in Las Vegas and the major supper clubs of the era.
Gene settled on the Mississippi Gulf Coast with his family and promptly set about making the world a better place for everyone he encountered. He always held the highest regard for his first mentor Reverend Jimmy Jones of Center, owner of Dad and Lad's Men's Clothing store. Gene worked for Rev. Jones throughout high school and college at Stephen F. Austin and University of Texas. This work led him to a love of beautiful clothing and more importantly developed his gift for encouraging people to be their best. In 1964, he opened Gene Warr's Men's Shop in Edgewater Mall in Biloxi. For over 35 years the store served as his base of operations for many endeavors, as well as a launch for the The Village Drummer 1969 and Warr's Men Clothing in 1986. Gene was one of the founding directors of both the Jefferson Bank and the Coast Community Bank. An entrepreneur in the truest sense, he and son, Brent, developed Warr Properties, a commercial and multifamily real estate investment company.
Gene's leadership and civic service to the MS Gulf Coast began with the Biloxi Planning Commission where he served for 21 years, 19 as the chairman. Over many decades he was actively involved in the Biloxi and Gulfport Chambers of Commerce and served as a director of both as well as Chairman of the Gulf Coast Chamber of Commerce. He was one of the founders of Coast 21, which later became the Gulf Coast Business Council. Gene was also honored to serve on the Board of Directors of: Mississippi Power Company (20 years), Coast Community Bank, Gulf Regional Planning Commission, Gulf Coast Medical Center, Mississippi Economic Council, Central Harrison County Utility District, the Mississippi Ethics Commission, and the American Heart Association. One of his proudest achievements was receiving The Spirit of the Coast award in 1999.
Gene was an active member of First Baptist Church of Gulfport for over 60 years. As an usher, his was the first smiling face visitors and members encountered as he welcomed them. He led the music for his beloved "Scrap Iron" Sunday School class for over 50 years.
Mr. Warr is survived by Kay, his wife of 63 years, son Brent Warr and wife Laura, daughter Gena Cook and husband Daniel, grandchildren Brighton and Kathryn Cook, Emma and Noah Warr, many beloved nieces and nephews and their children and grandchildren. Preceding him in death are his parents, Robert and Annie Lee Warr and brothers, Henry Earl, Robert Oren and Alden Lee Warr.
With the assurance that we will be together again, he would like everyone to know that "He is fine, Thanks to Calvary".
The family would like to thank Southern Care Hospice, The Blake in Biloxi, Your Choice Senior Care, and The Claiborne in Gulfport. We also thank Sharon Thornton for her excellent care.
In lieu of flowers donation to;
The Parkinson's Foundation
or
Gulf Coast Community Ministry
3914 15th St. Gulfport. 39501
Family services will be held in Center, Texas on Saturday, September 18, 2021. Local services will be held in Gulfport tentatively on Friday, September 24, 2021. Please check back here for updates as they are made available.
Riemann Family Funeral Home, Gulfport is assisting the family with arrangements.

Published by The Sun Herald on Sep. 17, 2021.
To plant trees in memory, please visit the Sympathy Store.
MEMORIAL EVENTS
Sep
24
Visitation
1:30p.m. - 3:00p.m.
First Baptist Church
Gulfport, MS
Sep
24
Funeral service
3:00p.m.
First Baptist Church
Gulfport, MS
Funeral services provided by:
Riemann Family Funeral Homes
MAKE A DONATION
MEMORIES & CONDOLENCES
Sponsored by The Sun Herald.
6 Entries
Your family are in our thoughts and prayers. Gene will be missed.
Anne S. Anderson
Friend
September 24, 2021
I first met Brent, his son in the 3rd grade due to this thing called Busing and to this day consider him a dear friend. So when I first met his dad and a gentleman who worked for him in his Edgewater store, immediately I knew he was a fine gentleman. They taught me how to select a quality suit and when I saved enough from summer and after-school job pay, I purchased my first quality suit. Some of the fondest memories of my hometown of Biloxi include going into Gene Warr's Men Shop where you were always greeted with kindness and professionalism. My deepest condolences to Brent and his family.
Kirk Griffin
September 23, 2021
I really had no clue about clothing and especially wearing a suit. Next thing I know at the age of 20 I meet Gene Warr . Man he was attentive to your needs when it came to a suit. He ask me a few questions and the next thing I new he had three suits laid out then placed the shirts and ties to match. I had very seen this before. Gene quickly discovered what I liked and the next thing I know pins started being placed in the coat and pants to customize to me. I was amazed Never thinking how am I going to pay for thing Gene said sign here.... Gene handled my clothing needs from then on out. Gene without questions was a man of great depth... He is now a legend of this Mississippi Coast... Mike Fearn
Mike Fearn and Family
September 21, 2021
Offering our deepest condolences during this difficult time.
The Staff of Riemann Family Funeral Homes
September 22, 2021
Our deepest sympathy
John McAdams, family and staff
September 20, 2021
It made me smile to read Mr. Warr was an usher because he certainly had an usher's spirit. I met your loved one at the College Park Community Center years before Katrina where we both would workout. He was always so kind and encouraging. His legacy speaks for who he was.
Stacey Gilner
Other
September 18, 2021
Showing 1 - 6 of 6 results