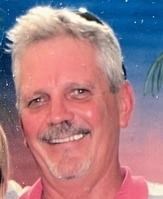 FUNERAL HOME
Bradford-O'Keefe Funeral Home - 15th Street
1726 15th Street
Gulfport, MS
Johnny Michael Cooper
July 16, 2021
Gulfport, Mississippi - Johnny Michael Cooper, 69, of Gulfport, MS passed away on Friday, July 16, 2021 in Gulfport.
Mr. Cooper was born in Jackson, MS and was a resident of Gulfport most of his life. He was a graduate of Gulfport East High School Class of 1969. Mr. Cooper was a retired Quality Inspector for nuclear power plant construction. He was a motorcycle lover and an avid sports fan, but he mostly enjoyed football.
He was preceded in death by his mother, Anne Cooper; his sister, Deborah McKay; and his nephew, Joshua Luke.
Mr. Cooper's survivors include his sons, Jason Michael (Misti) Cooper and Brian Michael (Stacy) Cooper; his five grandchildren; his father, Johnny H. Cooper; his sister, Shirley Cooper (Jim) Hardaman; his nieces, Amber Timms and Stacey Seruntine; and his constant companion, his dog Max.
Private family services will be held at a later date.
Bradford-O'Keefe Funeral Home on 15th Street in Gulfport is honored to serve the Cooper family.
View and sign online tribute at www.bokfh.com

Published by The Sun Herald on Jul. 25, 2021.
To plant trees in memory, please visit our Sympathy Store.
MEMORIAL EVENTS
To offer your sympathy during this difficult time, you can now have memorial trees planted in a National Forest in memory of your loved one.
Funeral services provided by:
Bradford-O'Keefe Funeral Home - 15th Street
MAKE A DONATION
MEMORIES & CONDOLENCES
Sponsored by The Sun Herald.
2 Entries
I have great memories of time spent with my cousin Johnny Michael. A very gentle and loving person. Since hearing of his going to heaven, I think of him throughout the days and first thing every morning. We have a loss, but heaven has gained a treasure. I'm confident they are still rejoicing in heaven with the arrival of their new Saint Johnny Michael. We will see you soon, cousin!
Mark Hutchins
Family
July 24, 2021
We extend our sincere sympathy and value your trust during this time of remembrance and reflection. We pledge our support now and in the future.
The Staff and Management of Bradford O'Keefe Funeral Homes
July 25, 2021
Showing 1 - 2 of 2 results