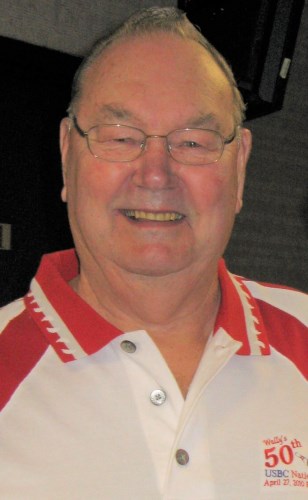 BORN
1932
DIED
2021
FUNERAL HOME
Cress Funeral & Cremation Service - Sun Prairie
1310 Emerald Terrace
Sun Prairie, WI
Sun Prairie, WI - Wally Ziesch, age 89, passed away peacefully in his sleep at his home on Saturday, September 11, 2021. He was born in Madison on February 14, 1932, the son of Henry and Lillian (Anderson) Ziesch. Wally grew up in Madison before moving to the family farm. In 1951 he was drafted into the U.S. Army and served overseas in the Korean War until his honorable discharge in 1953. On July 3, 1959 he tied the knot with his greatest supporter and first true love of his life by marrying Ede Degner at the Little Brown Church in Nashua, Iowa. The two of them lived their life together in Sun Prairie and embarked on regular journeys in their 62 years of marriage together, traveling for vacation and bowling but none of which were more special than the annual visits to the sand and sunshine of Venice Beach, Florida. Wally cherished those trips and adventures with Ede and family. He worked for Madison Sand and Gravel for 42 years until his retirement in 1995.

Wally's other passions included sports and outdoors. He enjoyed home talent baseball, fast pitch softball, golfing, bowling, hunting and snowmobiling with friends and family. His proudest accomplishments, besides his family, were a hole-in-one at Sun Prairie Country Club with the Hummers and a 300 game at Arcadia Lanes in Traveling league. Wally was inducted into the Madison Bowling Association Hall of Fame in 1998. In 2010, he participated and received an award for his 50th USBC National Tournament, with his family bowling alongside. He took joy in following Wisconsin sports, especially UW Women's volleyball, Brewers, Packers along with midget & sprint car racing.

Funeral services will be held at 1:00 PM on Wednesday, September 22, 2021 at Cress Funeral Home, 1310 Emerald Terrace, Sun Prairie. Burial will follow, with full Military Honors, at Sun Prairie Memory Gardens. Friends and relatives are invited to a luncheon, following the burial, at Prairie Lanes in Sun Prairie. Friends may greet the family from 11:00 AM until the time of services at the funeral home on Wednesday. Please share your memories of Wally by posting on his Tribute Wall at: www.CressFuneralService.com. Cress Funeral Service of Sun Prairie is assisting the family, (608) 837-9054.

Published by Sun Prairie Star from Sep. 17 to Sep. 18, 2021.
To plant trees in memory, please visit the Sympathy Store.
MEMORIAL EVENTS
Sep
22
Visitation
11:00a.m. - 1:00p.m.
Cress Funeral Service
1310 Emerald Terrace, Sun Prairie, WI
Sep
22
Funeral service
1:00p.m.
Cress Funeral Service
1310 Emerald Terrace, Sun Prairie, WI
Funeral services provided by:
Cress Funeral & Cremation Service - Sun Prairie
MAKE A DONATION
MEMORIES & CONDOLENCES
3 Entries
Dear Ziesch family, My sympathies to you as you say good-bye to your father. This has been one trying time for you. God Bless you all.
Jan Thompson
Other
September 20, 2021
Offering our deepest condolences during this difficult time.
The Staff of Cress Funeral & Cremation Service
September 19, 2021
Sympathies to the Ziesch family from the Sigurslid family. Wally would always greet us with his infectious smile. We think he might have played sports with Jack's brothers Duane (Swede) and Alan (Kug) Sigurslid. For a few years we would see Wally and Ede with other family members at Easy Landing, pre pandemic.
Jack and Judy Sigurslid
September 15, 2021
Showing 1 - 3 of 3 results