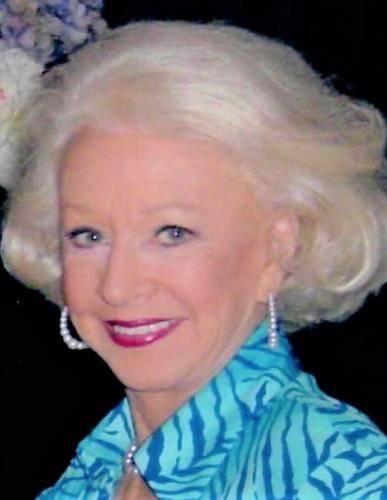 Ayne was raised in Philadelphia, and upon graduation, completed beautician school. Her interests included painting, and modeling for local department stores. She was also a very talented pianist, organist and singer, and loved to entertain and host.

They continued to live in Philadelphia and became partners in her family's tavern business. Two years later, she gave birth to their son, Donald. She was widowed in 1956, and soon afterward moved to North Wildwood, N.J.

It was in North Wildwood that she met Edwin Zaberer, an enterprising restaurateur who turned a small nightclub into Ed Zaberer's Anglesea Inn Restaurant, one of New Jersey's biggest and best known restaurants. They were married in 1959. For 35 years, under their daily hands-on management, the restaurant grew into a high-end dinner house, with 350 employees, serving the biggest and best prime steaks and seafood available. The unique decor of Tiffany style lamps, red flocked wallpaper, gingham tablecloths, original oil paintings, tapestries and stained glass windows, plus twinkle lights galore were all part of the grand dining experience. During the restaurant's heyday in the 1960's and 70's, many celebrities and politicians dined there.

During her time married to Edwin, they enjoyed their winter residences on Key Biscayne, FL, and at Palm Aire Country Club in Pompano Beach, FL.

While at Key Biscayne, Ayne was very involved in competitive tennis. She enjoyed nothing more than winning! They were avid travelers whose journeys led them to many of the world's most beautiful and exotic places. She was very proud of having been on 100 cruises, several on the SS France and the QE II. She had a great love of dogs and had three Miniature Pinschers during her lifetime. While taking her morning walks she always had treats for the neighborhood dogs she encountered along the way.

Ed and Ayne believed very strongly in charitable giving. Their benevolence turned public, when in 1992, they gave a generous donation to Miami Heart Institute.

After the passing of Edwin in 2001, Ayne moved to a beachfront condo in Lauderdale-by-the-Sea. Ayne then found true love and companionship with Eric Cocks, a longtime friend of Ed and Ayne's, who had also recently lost his beloved spouse. Ayne and Eric were together until his passing in 2018 at the age of 98.

Ayne is survived by her son, Donald, his wife, Tracey, and her grandsons, Andrew and Joe.

A funeral Mass will be held at 11:00AM on September 30th at St. Michael Catholic Church in Fernandina Beach.

She will be interred at Holy Cross Cemetery in Mays Landing, N.J.

In lieu of flowers, donations in the memory of Ayne may be made to Nassau County Humane Society, 639 Airport Rd, Fernandina Beach, FL 32034 or St. Michael Catholic Church, 201 North 4th St, Fernandina Beach, FL 32034 OXLEY-HEARD FUNERAL DIRECTORS
Published by Sun-Sentinel on Sep. 24, 2021.
To plant trees in memory, please visit the Sympathy Store.
MEMORIAL EVENTS
Sep
30
Funeral Mass
11:00a.m.
St. Michael Catholic Church
201 North 4th St, Fernandina Beach, FL
Funeral services provided by:
Oxley-Heard Funeral Home
MAKE A DONATION
MEMORIES & CONDOLENCES
Sponsored by Oxley-Heard Funeral Home.
3 Entries
I was privileged to be Anne's Dentist in Ft. Lauderdale Anne was such a gracious lady and we all enjoyed her visits
William Bassett
October 2, 2021
Dear Don and family, Sorry to hear about your mom. Hope you and the family are doing well. Your mom was a very kind and nice person when I knew her years ago. Hope all is well with you.
Fred & Karen Strothers Schmidt
Other
September 28, 2021
So sorry to hear of your passing. We were third cousins. May you Rest In Peace.
Dolores Bachanskas Ott
Family
September 25, 2021
Showing 1 - 3 of 3 results