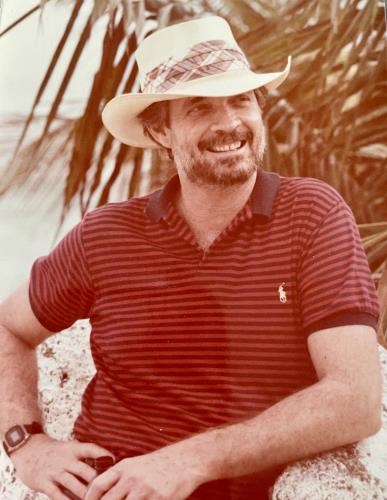 George Eli Bunnell, of Fort Lauderdale, FL, passed away peacefully on July 20th surrounded by family and close friends after complications from a stroke. He was a loving father, grandfather, brother, mentor, and friend.

A fourth-generation Floridian, George was a descendant of Alva Alonzo Bunnell, an early settler who gave Bunnell, Florida, the county seat of Flagler County, its name.

George was born in Miami and attended Miami Beach High School where he was a debate team champion along with his debate partner, former Treasury Secretary Robert Rubin. An athlete, he held long-standing state records in the 440 and the mile relay.

After graduating with honors from the University of Florida's undergraduate and law schools, George began practicing law in Miami in 1963. He moved to Fort Lauderdale in 1971 to practice law with his childhood friend, E. Clay Shaw, Jr., former mayor of Fort Lauderdale and a long-serving congressman. George later founded a pre-eminent defense firm, which ultimately became Bunnell & Woulfe. George served as the third president of the Fort Lauderdale Chapter of the American Board of Trial Advocates of which he was a founding member, and he helped found the Stephen R. Booher Inn of Court. He loved the law, was a passionate and skilled advocate for his clients, and a mentor to many.

"George was an amazing mentor. He was the consummate lawyer, brilliant, charismatic, prepared, and nimble, a man of unquestionable integrity. He not only served as a great role model, but encouraged me to pursue my dream of becoming a judge. I was indeed fortunate to call him partner, mentor, and friend," said Melanie May, a former partner and appellate court judge.

George was an active participant in state and national politics, serving on the advance teams and providing valued counsel for Presidents Gerald Ford and George H.W. Bush. He was also deeply engaged in the local community, serving on several boards including the Fort Lauderdale Art Museum and the Lauderdale Yacht Club, where he was its legal officer.

Above all, George valued the company of family and friends, and was appreciated for his quick wit, irreverent jokes, and his penchant for enjoying life.

"I learned many things from my dad including boating, hunting and fishing, and the importance of levity and laughing. He also emphasized the value of hard work and encouraged me to strive to be my best," said daughter Courtney Lewis, "Perhaps most significantly, he taught me that I could do it all as well as the guys and to not fear defeat."

George's intellect, charm, style, and witty phrases lit up every room. He will be missed but will still be a beacon of light for all who knew him. A celebration of life service will be held this fall in Fort Lauderdale bringing together friends and family. In lieu of flowers, the family requests donations be made to support ovarian research at www.ocrahope.org.
Published by Sun-Sentinel on Aug. 22, 2021.
To plant trees in memory, please visit our Sympathy Store.
MEMORIAL EVENTS
To offer your sympathy during this difficult time, you can now have memorial trees planted in a National Forest in memory of your loved one.
MAKE A DONATION
MEMORIES & CONDOLENCES
6 Entries
My deepest sympathy to you and your family. George was a good friend and business associate of my late husband's. Bette Lestrange
Bette Lestrange
Work
September 12, 2021
He was a wonderful friend to my late husband John and we shared wonderful memories. He was a special friend and we will miss him. Our love to Courtney and Kelly Mimi Bauer
Mimi Bauer
September 7, 2021
Please accept our deepest condolences on George´s death. To George´s family: May he be forever remembered by all for his great intellect, wit and honorable abilities as a great trial lawyer and person. He truly was one of the greatest.
Ellen and Bob Berman
Work
September 3, 2021
To George´s Family, I write this through tears of sadness that I will not share another Happy Hour or conversation with George Eli Bunnell. I knew George professionally and was in awe of his brilliance and trial lawyer skills. He loved the courtroom and trying cases. He was a `lawyer´s lawyer´ and was sought out by numerous legal organizations to share his expertise. It is a testament to George´s influence on the legal profession that he was honored by Marquis Who´s Who in 2018, years after he had retired from the practice of law. In the past year I had the privilege of knowing George on a personal level and he became my best friend. He was an incredible man, complex yes, with so many astonishing qualities. He was the consummate gentleman always, charming, intellectually curious and thoughtful, and, most of all, kind. We shared much laughter. George adored his family, speaking often of his brother and sisters and of course his daughters and grandchildren of which he was so proud. George was a `Girl-Dad´ long before the phrase became vogue. George made an indelible mark on my life as he did to all who had the privilege knowing him.
Deb FitzGerald
August 22, 2021
Kelly and family, my heartfelt condolences on the passing of your beloved father. Beautiful eulogy to honor such an accomplished man, friend, father and grandfather. The memories shared will be your comfort.
Donna Bello
August 21, 2021
Carmen and I share our grief with many many people he touched your loving brother Dick
Richard. Bunnell.
August 21, 2021
Showing 1 - 6 of 6 results