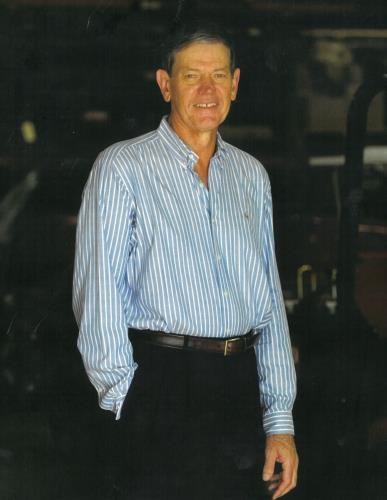 James "Jim" Robert Mantey, passed away peacefully at his home in Boca Raton, FL on Wednesday, September 8, 2021 following a courageous battle with cancer. He was 80. With a charitable heart, a joy of humor, and endless love of family and friends, Jim touched the lives of all who knew him.

Born June 6, 1941 in a small town outside Denver, CO called Fort Morgan, Jim spent his formative years in Sharon Springs, Kansas, a rural farming community. Jim was the third of six children to mother Alma Jean Quackenbush and father Paul John Mantey. Raised in a family that honored hard work, by age six, Jim could be found most mornings delivering the local paper on his bike at sunrise.

After graduating from Sharon Springs High School in 1959, he attended the University of Notre Dame, the prevailing alma mater of many in Jim's family, where he obtained a degree in electrical engineering. Upon his graduation in 1963, Jim took a job with Westinghouse in Washington DC and eventually went on to pursue an MBA in finance from Wharton.

He moved to South Florida with his family in the early 70's, working first as a financial analyst with Eastern Airlines before taking a job with Arvida Corporation. He went on to complete several developmental projects in the still largely undeveloped city of Boca Raton, including the Boca Raton Resort & Club, before becoming the general manager overseeing the development of Boca West. He completed several projects with Arvida around south Florida before moving briefly up to Maryland to buy a Toro distributorship. This decision marked a turning point in his life.

In 1982, a Toro distributorship in Miami, FL called Hector Turf became available. Jim decided to purchase the 75-year-old business and move his family back to Florida. Jim found great pleasure and enjoyed success in his work at Hector Turf, alongside his wife Sandra and a talented team of employees. Jim had a true passion for the business and remained President and CEO until his death.

Jim nurtured his Catholic faith throughout his life. He has been a member of St. Joan of Arc since the 1970's, where he remained actively involved and headed the finance committee. He cherished his alma mater and was also a longtime member of the Notre Dame Club of Boca Raton. Generous beyond measure, his philanthropy extended not only to countless local charities but also to St. Joan of Arc's many missions around the world. He was also actively involved in giving to and fund raising for Notre Dame, particularly the Boler-Parseghian Center for Rare & Neglected Diseases to advance research efforts for kabuki syndrome at the University. An avid life sciences investor and philanthropist, he was passionate about advancing drug and treatment discovery to transform lives. In 2014 Jim and Sandra established the James and Sandra Mantey Family Foundation which supports numerous charitable causes and will continue to do so in the future.

Jim's quick wit and propensity for humor were unrivaled, and his mother once joked that "God gave us Jim so we wouldn't be bored." He was a master at moderating the seriousness of life. Jim adored spending time with his family and friends, golfing, fishing and goofing around with his grandchildren. He was a joy to all who knew him.

The family has kindly requested no flowers please. In lieu of flowers, please consider a memorial gift to the University of Notre Dame's Boler-Parseghian Center for Rare & Neglected Diseases (for Kabuki Syndrome), St. Joan of Arc Catholic Church Boca Raton or Trustbridge Hospice by the Sea Boca Raton.