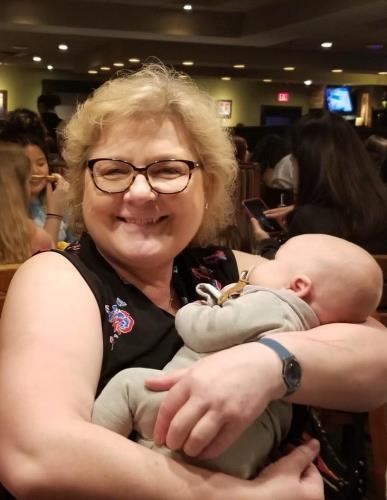 BORN
1963
DIED
2021
FUNERAL HOME
Kraeer Funeral Home and Cremation Center
1655 University Drive
Coral Springs, FL
-Born in Warsaw, Poland. Passed away in Coral Springs, FL. Predeceased by parents Józef and Ewa. Joanna will be missed by all those whose life she touched: her children Katrina & James and his wife Jacquelyn and grandsons Grayson and Conor, her brothers Piotr & Mark and their families, former husband and best friend Brant, his parents Edward and Eleanor, and his sister Lisa.

- After emigrating to Canada in 1972 with her parents and brother, Joanna completed a Bachelor of Commerce at McGill University where she met Brant Dutton. After graduation, they married and started a family in Montreal, but moved to the USA in 1991, where they raised their children.

- Joanna completed an MBA at Florida Atlantic University, while working as an accountant for the Cleveland Clinic where after several promotions she became Controller and Director of Finance in 2012. Joanna loved animals, including her four beloved cats. She also enjoyed music, puzzles, movies and discussing the meaning of life.

-Joanna battled cancer since 2018, but during that time she took great joy in spending time with family and friends, watching her son James get married and celebrate the birth of her two grandsons.