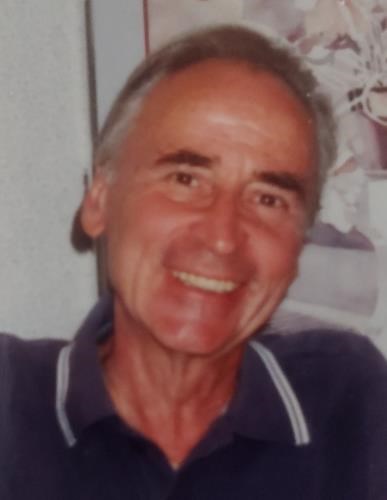 Julius (Julie) Scrop was born on July 25, 1924 in Bronx, N.Y., where he lived with his brother and his parents. The family owned and operated a small grocery/candy store.

Julie excelled in school and was accepted into the prestigious, Bronx High School of Science, where he studied mathematics and accounting. His love of numbers and accounting kept him working up into his 80's. On his 90th birthday, he proclaimed he was retiring.

Julie served as a telephone lineman in WWII. He was stationed in France where he learned the native language and became so proficient at it, that he acted as a French interpreter later in the war. Julie loved the French language and never missed an opportunity to use it when he met someone who spoke it.

In the late 70's, Julie was entrusted by his uncle to be the executor of the Asher Pelkis Foundation, a nonprofit organization whose funds support science education and research in both Israel and the United States. Under his tuteledge, the Foundation's assets increased significantly. The Foundation has been in operation now for 42 years.

Julie was a highly intelligent and erudite man. He often claimed he didn't really have anything to say or talk about and yet, he would expound on world events, history and the fluctutations of the stock market. He had a love of poetry, in particular, the works of Omar Kayaam his treasure, The Rubaiyat. Julie often recited, in, particular, Quatrain 36, "The Moving Finger writes; and having writ, Moves on:…", which was ultimately memorized by his children. He also had a passion for photography. For many years, while he lived up north in Fair Lawn, N.J., he enjoyed developing his own pictures in a dark room he constructed himself.

Julie was a kind, generous and good-hearted man. He cared deeply about his family. He looked out for and took care of those he loved.

After separating from his wife of 50 years, Julie stepped outside of his comfort zone and started ballroom dancing. He developed a passion for it and it is there that he met his long-time companion and best friend, Bobbie Stein. Her giving nature and love for him brought him immeasurable joy and contentment in the nearly two decades they spent together. Julie referred to Bobby as his "sunshine."

Much appreciation is felt for Lenny Stein, Julie's Health Surrogate, whose medical expertise and humanity shone through anytime Julie needed him and to Merry Stein, who contributed in many ways to his care ranging from cooking him delicious meals to connecting him with the care he needed in his final days.

Julie was a man of integrity and honor. He will be deeply missed.