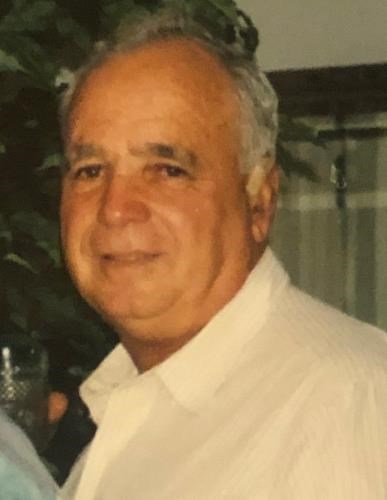 Larry carried on his father's legacy in a very successful tile business in Hollywood for over 40 years. He contracted with many notables in Golden Beach, Miami Beach and Hollywood. In addition, Larry continued with a commercial farm corn-picking business established by his father.

Larry was a true Florida Gladesman and conservationist. He knew the Florida Everglades very well and understood the extreme elements of the swamp. He restored an historic hunting camp in the Glades, and enjoyed buggy riding and air boating with his family.

Larry was also a seasoned hunter and angler, and he believed humans should live in association with the planet, and that true wealth was found in the wilderness and waters of nature.

Larry and his beloved wife, Carol, enjoyed RV travels throughout the U.S. in their RV, camping in much more luxury than their early years in the swamp. These extensive adventures made many golden memories with them and the many diverse friends they met along the way.

Larry always had a smile on his face, a unique story to tell, and was an inspiration to all who knew him. He will be missed but not forgotten. The family deeply appreciates the personal attention all of his caregivers gave him 24/7 especially Joni, Marie, Velma & Kareen.

Join the family in a celebration of Larry's life at the Boyd- Panciera Funeral Home at 6400 Hollywood Blvd. on Sept 30, 2021 from 4 to 7. Larry will be laid to rest Oct 1, 2021, at 10:00 AM at Hollywood Memorial Gardens. In lieu of flowers, the family requests donations be made to American Lung Association, at action.lung.org.
Published by Sun-Sentinel on Sep. 26, 2021.
To plant trees in memory, please visit the Sympathy Store.
MEMORIAL EVENTS
Sep
30
Celebration of Life
4:00p.m. - 7:00p.m.
Boyd-Panciera Family Funeral Care - Hollywood - Hollywood
6400 Hollywood Boulevard, Hollywood, FL
Oct
1
Burial
10:00a.m.
Hollywood Memorial Gardens
FL
Funeral services provided by:
Boyd-Panciera Family Funeral Care - Hollywood - Hollywood
MAKE A DONATION
Please consider a donation as requested by the family.
MEMORIES & CONDOLENCES
Sponsored by Boyd-Panciera Family Funeral Care - Hollywood - Hollywood.
2 Entries
please accept our sympathy on the lost of you father and brother.........we and especially my mother alda had many fun times together and good memories.........may God hold him tight and may he rest in peace.......fondly
rosetta and leonardo berti
Family
October 9, 2021
Our deepest sympathies to the families of Bob Giacin, Larry and Michael Giacin. Lawrence/Cookie will be remembered in our hearts as that so good looking older cousin I loved so much. Larry and Bob were like my father´s older sons and we enjoyed being together doing all the crazy boy stuff! Lawrence will ever be in my heart and remembered with love. Rest in Peace "cookie" . Thanks for all the memories I have of you, your family and all the loving relatives waiting for you in Heaven. Although we cant be in Florida you will be in our hearts forever... Love you... JoJo
Joanne/JoJo and Dave Adolf
Family
September 27, 2021
Showing 1 - 2 of 2 results