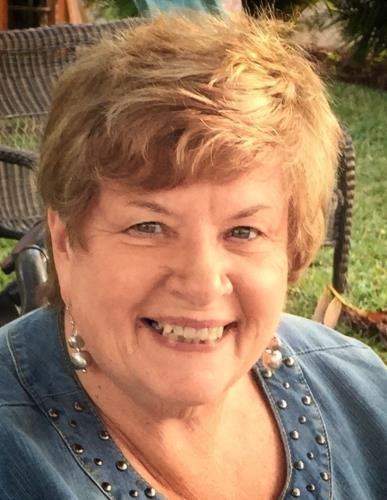 BORN
1942
DIED
2018
Fort Lauderdale, FL - After a long illness, Paula "Polly" Janssen Fulton passed away at her home on July 27, 2018. She was 75. Polly was born October 19, 1942 in Darby, PA, to Joseph William Sr. and Paula Quinn Janssen. Polly grew up near Wilmington, DE with her brother Joseph Janssen, Jr. At the age of 20, in Margate, NJ, Polly met her soul mate and partner for life, Captain Charles 'Whitey' Fulton of Miami, FL. They married in 1964 after Polly graduated from Chestnut Hill College. They opened Fulton Fish Markets with two locations in Broward County FL in the early 70's. In 1977, after recognizing an opportunity in the burgeoning yachting industry, Polly became one of the first state licensed yacht brokers as well as the first female yacht broker in Florida. She began her brokering career with Bill Dunne Yacht Brokerage, then moved to Bradford Yacht Sales. Later, Polly and Whitey founded World Class Yachts. During the 1983 America's Cup, Polly and Whitey hosted the Australian yacht builder, Lloyd Ships. Polly worked with Fort Lauderdale Mayor Bob Cox and established a relationship with the Italian yacht builders of Viareggio, Italy. Polly's passion for the yachting industry waned after Whitey's sudden death in 1995. In her later years, she focused on spending quality time with her children and grandchildren: Charles Kean Fulton, his wife Amy and their children, Charles Tucker and Sawyer David; Paula Marnie Fulton; and Rodney Dean Fulton, his wife Kenia and their children Madison Quinn, Kayla Isley Andrade, her husband Steve Andrade, and Jade Isley. Polly cherished her family and the friendships she made over her lifetime. A Celebration of Polly's life will be held mid-October 2018. For more information contact [email protected] Donations may be made in Polly's name to the American Heart Association and the Humane Society of Broward County.
Published by Sun-Sentinel on Oct. 7, 2018.
To plant trees in memory, please visit the Sympathy Store.
MEMORIAL EVENTS
To offer your sympathy during this difficult time, you can now have memorial trees planted in a National Forest in memory of your loved one.
MAKE A DONATION
Please consider a donation as requested by the family.
MEMORIES & CONDOLENCES
2 Entries
May the God of comfort and peace continue to be with family and friends to see you through the difficult times. Jeremiah 29:11
Maria Torres
October 12, 2018
My sincere condolences. May the God of tender mercy grant the family peace and comfort during this time of sorrow....2 Cornthians 1:3,4
MBH
October 8, 2018
Showing 1 - 2 of 2 results