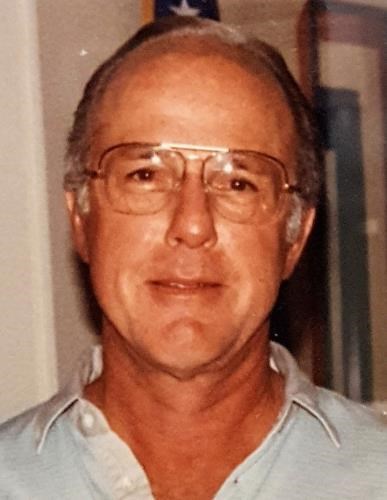 Sam was born in Houston, Texas in 1936, son of William Hipp II and Mary Elizabeth Hipp, and the brother of Nancy Hipp.

He exhibited strong math and engineering skills in his youth and enrolled in Texas A & M University where he graduated in 1959 with a degree in Petroleum Engineering. Sam also worked as a "Roughneck," on oil rigs in the Gulf of Mexico during his summer vacations to further develop his body of knowledge in the field.

Upon graduation from Texas A & M, Sam was hired by Texaco and tasked with developing a new computer program that would integrate and optimize shipping petroleum products world-wide using super tankers based in the Middle East and the United States. This program proved to be extremely successful, reducing costs, increasing ship capacity, delivering the product far more efficiently and increasing company profitability.

After a successful tenure at Texaco, Sam enrolled, and matriculated from the University of Pennsylvania Wharton School of Business with an MBA and was hired by Control Data, where he worked for many years in the programing division. During this time, he became an expert in the Fortran computer programming system.

While on a golf vacation to South Florida, he fell in love with the area and moved permanently to Fort Lauderdale where he worked with Smith-Barney as a stock broker for many years.

Retiring from Smith-Barney, he worked as head of IT with Roland Hodges and Sons Real Estate in Fort Lauderdale and founded a soil engineering corporation, Production Soils, working hand in hand with Florida citrus and vegetable growers developing new techniques to fight canker and increase yields.

Sam is survived by his sister Nancy Gabriel and his nieces Diana and Lindsey Gabriel of Houston, Texas
To plant trees in memory, please visit our Sympathy Store.
Published by Sun-Sentinel on May 2, 2021.
MEMORIAL EVENTS
No memorial events are currently scheduled.
To offer your sympathy during this difficult time, you can now have memorial trees planted in a National Forest in memory of your loved one.
MEMORIES & CONDOLENCES
3 Entries
Sam was my best friend at A&M and provided much positive influence. I lost touch with Sam many years ago but never forgot him. I never will. A great man.
William Owens
Friend
May 24, 2021
We knew Sam as a tenant for over 30 years. He was a modest man who didn’t talk about himself a lot, just went about his own business in a friendly manner and willing to offer help if he thought you needed it. He was a good man.
Paul and Edythe Huisinga
Friend
May 2, 2021
Sam was my neighbor for 15 years in Fort Lauderdale. He was a quiet man, never complaining, but quite animated when it came to my patio plants. I now see why! We respected each other's privacy all those years, but tried to lend support in small ways. I will miss his comforting presence.
Sylvia Lopez-Calleja
Neighbor
April 30, 2021