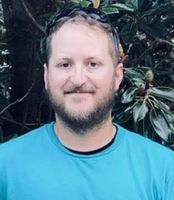 BORN
1984
DIED
2021
FUNERAL HOME
Ocker-Putman Funeral Home
4500 Jenny Lind Rd
Fort Smith, AR
Joel Gist
Joel Gregory Gist, 36, of Fort Smith, Arkansas passed away on July 21, 2021 in a Fort Smith. He was born on August 21, 1984 in Springdale, Arkansas to James Steven and Mary Lucille (Harbuck) Gist. He was the co-owner and operator of Four Aces Properties. He was a member of First United Methodist Church and was preceded in death by his grandparents, Olen and Billie Sue Gist and Betty Harbuck.
He is survived by his wife Kerri Gist of the home; a step daughter, Aleigha Sosebee and her husband Jared of Fort Smith; his parents Lucy and Steve Gist of Fort Smith; his father and mother in-law, Grady and Sue Rice of Van Buren; a grandfather Dr. Milton Harbuck and his wife Kitty of Little Rock, AR; a granddaughter, Makinalyn Mills; two brothers, Jeff Gist and his wife Liz of Fort Smith and John Gist of Little Rock, AR; a niece, Sloan Gist and nephew Will Gist.
Joel lived his life always with others in mind. He took the best care of everyone that he knew and always did this with a big smile on his face. Joel never met a stranger and was the friend to so many. Joel had a genuine kindness for people. His kindness was also very present in his love for animals. Upon meeting his wife Kerri, Joel had grown up in a home that was filled with dogs. Kerri introduced him to her cat, Axel, and the love for cats became over abundant. Joel rescued 5 more cats, each with a story of their own. Sloan and Will proudly referred to him as "The CatMan."
One of his greatest joys, was coaching First United Methodist T-ball with his brother Jeff. His nephew, Will, and the entire t-ball team loved first base Coach Joel and he just adored the kids and was their biggest fan.
Joel grew up as an avid sports player and watching sports, mostly the Arkansas Razorbacks and the Dallas Cowboys. He never missed watching a game. Aside from the love Joel had for his wife, no one took more joy in being the best uncle to Sloan and Will and the best "Pop Pop" to Makinalyn than Joel. You could often find him in the school pickup lines where the kids teachers knew him by name. The Four Aces team loved Joel and he loved working with all of them. Joel was a wonderful leader and will forever be missed.
Even in death, Joel thought of others. He was an organ donor who was able to donate 2 kidneys, his liver, spleen and his heart. He gladly passed along a miracle to others in need. This was the Joel that we all knew and loved. The ultimate caregiver.
The family will visit with friends from 5-7PM, on Friday, July 30, 2021 at Ocker-Putman Funeral Home
Chapel.
A private memorial service will be held at a later date.
In lieu of flowers please donate to Kitties and Kannies Shelter, 4800 South 46th, Fort Smith, AR 72901 or First United Methodist Church Weekday School, 200 North 15th St. Fort Smith, AR 72901 or to the Fort Smith Boy and Girls Club, 4905 North O St., Fort Smith, AR 72904.
Online tributes may be made at www.ockerputmanfuneralhome.com
Published by Times Record from Jul. 27 to Jul. 28, 2021.
To plant trees in memory, please visit the Sympathy Store.
MEMORIAL EVENTS
Jul
30
Visitation
5:00p.m. - 7:00p.m.
Ocker-Putman Funeral Home
4500 Jenny Lind Rd, Fort Smith, AR
Funeral services provided by:
Ocker-Putman Funeral Home
MAKE A DONATION
MEMORIES & CONDOLENCES
Sponsored by Ocker-Putman Funeral Home.
1 Entry
We just heard of Joel's passing. We are so sorry. May the God of all comfort carry you through this very difficult time.
Richard and Jean Mauroner
Friend
August 11, 2021
Showing 1 - 1 of 1 results