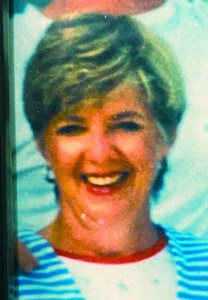 Barbara lived much of her adult life in Wytheville, Va., where she was an active mother, wife and community member. She was an active member of St. Paul United Methodist Church, taught Sunday School and was in the church choir. She played tennis, attended bible study weekly, and a member of the Garden Club. She loved her family first and foremost, and enjoyed baking cookies, playing the piano, gardening, singing and reading.

Barbara was born in Shenandoah, Iowa, to Dr. and Mrs. James McEldowney, who were Methodist Missionaries to India for 35 years. Barbara attended Woodstock International boarding school near Jabalpur, India. She then attended Simpson College in Indianola, Iowa, graduating in 1965 with a BA degree in Elementary Education. She was active in the Alpha Chi Omega Sorority and was selected as Homecoming Queen in 1965.

Barbara then moved to Richmond, Virginia, to teach 6th grade Social Studies at Lakeside Elementary. She met and later married Daniel W. Bird Jr. of Bland, Va., on June 17, 1967, and they immediately moved to Wytheville, Va. where she taught school in Max Meadows and he practiced law with Woods & Gleaves Attorneys at Law. In 1974, her husband Danny Bird was elected to the Virginia State Senate and remained a Senator for 16 years. Barbara very much enjoyed being a Senator's wife and traveling throughout the Commonwealth of Virginia and all 50 of the United States.

Barbara then moved to Bradenton, Fla. in May of 1993, where she lived until returning to Richmond, Va. in 2003. While in Florida, she was active in the First United Methodist Church activities and family events with her parents and sister Betty Conard. She then moved back to Richmond, Virginia to be closer to her children, grandchildren and her brother, Dr. Phil McEldowney of Charlottesville, Va. She remained there until her death.

A "Celebration of Life" memorial service will be held in Wytheville, Va. at St. Paul United Methodist Church on Saturday, October 24, 2020, at 11 a.m.

Barbara's outgoing nature and friendliness, concern for the welfare of others, her energetic community participation and contributions at every location she lived will be remembreed by all. She will truly be missed.
To plant trees in memory, please visit our Sympathy Store.
Published by SWVA Today from Oct. 10 to Oct. 21, 2020.
MEMORIAL EVENTS
Oct
24
Celebration of Life
11:00a.m.
St. Paul United Methodist Church
, Wytheville, Virginia
GUEST BOOK
6 Entries
Wishing for more time with my cousin Sharing childhood adventures .....memories of her enriched my life. Thanks. My sympathy to her children and grandchildren . She was much loved
Margaret Calkins Schneider
November 16, 2020
Although I didn't know Barbie well, we met at Woodstock School reunions over the years. I remember a pretty lady, so friendly and sincere. I send my warm and special thoughts to her family, especially her children and grandchildren, her brother Phil and sister Betty Ann. Barb was loved ~ you will have many wonderful memories to share with each other. Holding you in the Light, Helen Dobson Arnott, Alberta, Canada
Helen Dobson Arnott
November 10, 2020
Enjoyed meeting this our lovely distant cousin with Barby's sister Betty in Bradenton, and we kept in contact for a while but lost touch in home moves. Blessings and much Aroha to Barbs family from afar. Meg/
Meg and Richard Cardiff, Taranaki, New Zealand
November 9, 2020
First of all, I send my condolences to Barbara's family, losing our loved ones in death always causes great pain. I have read about her religious background and that made me think about the importance of seeking God even since we are young, I hope many young people decide to read the Bible so that they can live a life that is pleasing to God. Now that she is gone, I would like to share with you a verse that I really like and surely she read more than once. 2 Timothy 2:22 says: So flee from youthful desires, but pursue righteousness, faith, love, peace, along with those who call on the Lord out of a clean heart". I hope in the word you find comfort and as a family continue to search for the truth that saves everyone who cultivates sincere faith. Best regards.
Jael G.
October 16, 2020
My sincerest and deepest condolences to family and friends.
Anita McGlothlin-Gibson
October 13, 2020
My condolences to the family . May you find comfort in your treasured memories
and Gods promise to return our loved ones . 1st Thessalonians 4 : 13 & 14 .
October 7, 2020