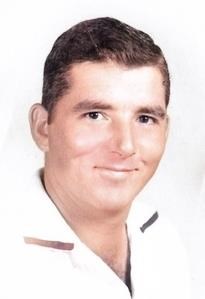 Billy Burns Thacker, known as "Ton" to friends and family, was born July 31, 1926, in Max Meadows, Virginia, one of six children born to Chaffin Crockett Thacker Sr. and Laura Collins Thacker. The family later moved to nearby Austinville, Virginia.

Bill graduated from Jackson Memorial High School in Austinville in 1944, where he was active in sports and served as student body president during his senior year. He enlisted in the Army later that year and spent the remainder of World War II in Europe. Following the end of the war he returned to Austinville where he joined his father at New Jersey Zinc Company.

In 1948, Bill married Frances Louise Grubb of Austinville. He and Frances grew up across the street from each other. In 1951 Bill entered the U.S. Air Force and over the following 20 years, with Frances and kids in tow, served his country in seven states and eight countries.

During his military career Bill received numerous citations and awards including the Bronze Star, the Meritorious Service medal and the Air Force Commendation medal.

In 1969, Bill retired from active duty and his family settled in Newton, North Carolina where he began a career with General Electric in nearby Hickory, N. He retired in 1981, and in 1985 he and Frances returned to Austinville to be near their parents.

In Austinville he was active in various community and civic activities including the Independent Order of Odd Fellows. The Odd Fellows' mission is to improve and elevate the character of mankind by promoting the principles of friendship, love and truth. Bill lived those principles every day.

Bill and Frances were also active in Senior Citizens, where they each served as President, once running against each other. Bill won, but not before Frances demanded a recount.

In 2008, having cared for their parents and seen them off, Bill and Frances moved to Charlotte, North Carolina to be near their sons. On February 7, 2014, they celebrated their 66th wedding anniversary. Frances died later that year. Their son Edward died in 2019.

Bill was preceded in death by just about everyone. He sends his love to those who remain, as well as to all who have gone before. May we all meet again.

The family thanks the men and women of Charlotte Fire Station No. 3 for their help and kindness through the years.

Bill was a loving father and friend to all. He'll be remembered for his easy going nature and having never said an unkind word.