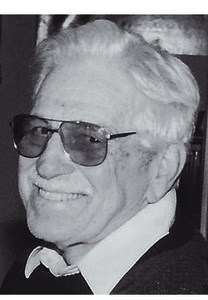 Charles F. Houston passed away on Wednesday, November 18, 2020, at Carrington Place, Wytheville, Va. He was born on November 13, 1924, in Apollo, Armstrong Co., Pa., to William A. Houston and Mary Ellen Uptegraph Houston,

He served in the U.S. Army during World War II in Company G, 315th Infantry, 79th Cross of Lorraine Division. Charles was wounded in the Battle of Saint-Lo, France. He was a member of the Fort Chiswell, Va., United Methodist Church. Charlie never met a stranger. He was quick to make friendships, and had a great sense of humor and a wide smile

A retired machinist, he was preceded in death by his wife of 43 years, Polly Kiracofe Houston. They loved animals and always had dogs as well as having rescued birds, cats and even a duck. In his retirement, he enjoyed wood working and vegetable gardening

He was previously married to Elizabeth King Boyle and Dorla Corbin, both deceased. He was also preceded in death by a grandson, Bryan Allen; son-in-law, Sam Winsboro; son-in-law, Jake Powers; and a great-granddaughter, May Kjenstad.

204 Dowlin Ave
To plant trees in memory, please visit our Sympathy Store.
Published by SWVA Today on Nov. 23, 2020.
MEMORIAL EVENTS
No memorial events are currently scheduled.
To offer your sympathy during this difficult time, you can now have memorial trees planted in a National Forest in memory of your loved one.
Funeral services provided by:
Paul M Lesako Funeral Home Inc
GUEST BOOK
1 Entry
For some reason you came back into my life today