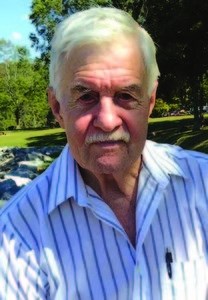 Herman Edgar Spencer, age 79, of Mountain City, Tennessee, passed away on Friday, November 6, 2020,, at his residence. He was born on September 28, 1941, in Wytheville, Va., to the late Timothy Logan Spencer and Emmie Rachel Payne Spencer. In addition to his parents, Herman was preceded in death by his daughter, Helen Lynnette Cornett; sister, Virginia Davis; and brothers, Elbert Spencer, Clinton Spencer and Dewey Spencer.

Herman was first and foremost a devoted Christian, very dedicated to God. He was a carpenter by trade and was always working on a project of some kind. Herman enjoyed gardening and was very knowledgeable of natural foods and herbal medicines. He was a veteran of the United States Navy. Herman loved his children, grandchildren, all of his family and being with them. He will truly be missed by all who knew him.

A Celebration of Life service for Herman will be held at 2 p.m. on Friday, November 27, 2020, at Highpoint Seventh Day Adventist Church, 279 Eastchester Drive, Highpoint, NC 27262. A gathering of family and friends will follow. Please practice Covid19 precautions by wearing mask and social distancing.

In lieu of flowers memorial contributions may be made in Herman's memory to the Out of the Garden Project: @ https//outofthegardenproject.org.

Condolences may be sent to the family through our website at www.mountaincityfh.com.