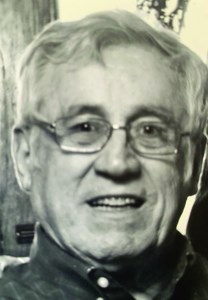 Tom attended high school in Richmond, Va., which led to a chemistry degree from Davidson College followed by an MBA from Columbia University. He also served his country in the U.S. Army.

Tom loved his family and enjoyed having everyone back to Wytheville for family events. In earlier times, his children were involved in many athletic and other activities, and Tom was always in the stands cheering for his children and their teams. He loved sports and enjoyed playing golf with the family along with watching his favorite teams on television.

Tom provided for his family by working several years at DuPont in Wilmington, DE before moving to Wytheville and working for Pendleton Construction Corporation. In 1984, he became the owner of P&T Products, a ready-mix concrete company. Tom ran this business until he sold it and retired in 2000.

A faithful member of St. John's Episcopal Church in Wytheville, Va., he sang in the choir for more than 40 years and served on the vestry several times. He was a member of the Rotary Club and participated in many other service events and activities.

A private service will be held on October 17, 2020. In lieu of flowers, we ask that family and friends make a donation to Wytheville Community College, specifically the Robert N. DuPuis and Nathaniel W. Pendleton Scholarship Fund. Tom was generous with his time and resources to the community college. He will be greatly missed. Expressions of sympathy may be sent to the family at www.grubbfuneralhome.com.

Grubb Funeral Home is in charge of the arrangements.
To plant trees in memory, please visit our Sympathy Store.
Published by SWVA Today on Oct. 14, 2020.
MEMORIAL EVENTS
Oct
17
Service
Funeral services provided by:
Grubb Funeral Home
GUEST BOOK
0 Entries
Be the first to post a memory or condolences.