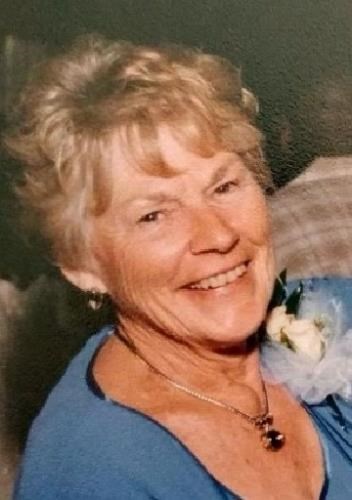 BORN
1932
DIED
2021
FUNERAL HOME
Ryan Funeral Home
44 East Main Street
Marcellus, NY 13108
Beverly E. (Fish) Fitzpatrick June 7, 2021 Beverly E. Fitzpatrick, 89, of Otisco, passed away peacefully Monday at Central Park Nursing Home in Syracuse, surrounded by her family. Beverly was born on June 6, 1932 to her parents Maude and Ernest Fish. She graduated from Valley Academy, and married the love of her life right after high school in 1951. Bev had four children with Francis and devoted her life to caring for them through all of their many activities. It was often, Bev would wake up and welcome the stragglers sleeping all over her home. After lovingly chastising them, she would cook and bake for all. Bev relished being surrounded by family and friends. Bev had amazing cooking skills and is best known for potato salad and apple pie, having personal requests for both wherever she would go. For many years, she was active in the Women's Auxiliary for both Amber and Otisco Fire Departments. She also was a member of St. Patrick's Catholic Church, where she lovingly participated in the Altar Rosary Society and church choir. Bev had a voice that caused people to stop and listen. Along with singing in church she could be found at home, at parties, anywhere, where music plays, being the first person to sing or dance along. She will always be known affectionately as "The Dancing Queen". Bev and Francis were married for 68 years before Francis's passing. During these many years of marriage, she supported Francis in his career as a welder and supervisor for the Town of Otisco, as the bookkeeper. She packed apples at Apple Acres and then for Mc Clusky's Orchards all while raising her four children. She then took a part time position at Onondaga Community College in the Bursar's Office from where she retired. After, she could be found travelling the North East following her grandchildren's sporting events. Beverly is survived by her children, M. Eileen (Fred) Fuller, James (Lynne) Fitzpatrick, Daniel (Tommy) Fitzpatrick and Lisa Fitzpatrick; her brother, Ronald Fish; she also has grandchildren, Amy (David) Brunner, Christopher Fuller, Alexandra (Steven) Cooper, Bridgette (Samuel) Dwyer, Sean Fitzpatrick-Dwyer; great-grandchildren, Brennon and Kyleigh Craig, and Ella Marie Cooper; many in-laws, nieces and nephews. Calling hours will be Friday, June 11, 2021 from 9-11AM, at Ryan Funeral Home, Marcellus, followed by a Mass of Christian Burial in St Patrick's Catholic Church at 12:00PM. The family will then have a private burial at St. Patrick's Cemetery, Otisco, NY. In lieu of flowers, contributions may be made to the Church of the Nativity at St. Patrick's, PO Box 169 LaFayette, NY 13084 or the Syracuse Alzheimer's Chapter of Central NY, 441 West Kirkpatrick Street, Syracuse NY 13204. A very special thank you to the caring staff at Central Park. We appreciate you more than words can say. Ryan Funeral Home Marcellus, NY Please sign the guestbook at syracuse.com/obits

Published by Syracuse Post Standard from Jun. 8 to Jun. 10, 2021.
MEMORIAL EVENTS
Jun
11
Calling hours
9:00a.m. - 11:00a.m.
Ryan Funeral Home
44 East Main Street, Marcellus, NY 13108
Jun
11
Mass of Christian Burial
12:00p.m.
St Patrick's Catholic Church
13108
Funeral services provided by:
Ryan Funeral Home
MEMORIES & CONDOLENCES
Sponsored by The Family.
3 Entries
Bev was one of the greatest of ladies in the town of Otisco!!! Every square dance at the Grange Hall she and Frankie always had a great time at every dance. As a late teen and into my early 20's she put up with my "mad" crush on Frankie. My whole adult life whenever I saw her it was always a good laugh between the 2 of us!!! All you kids have wonderful memories to have forever. Em Edinger Williams
Emily E Williams
Friend
June 10, 2021
What a sweetheart!! Fondly remember Bev, Maude and Ernie from early days at Otisco Lake. She was always smiling. Fond memories
Otisco Lake Neighbor
Acquaintance
June 9, 2021
Been many years since I last saw, but as first cousins, remember her and her family. My condolences.
Carol (Wood) Christo
Family
June 9, 2021