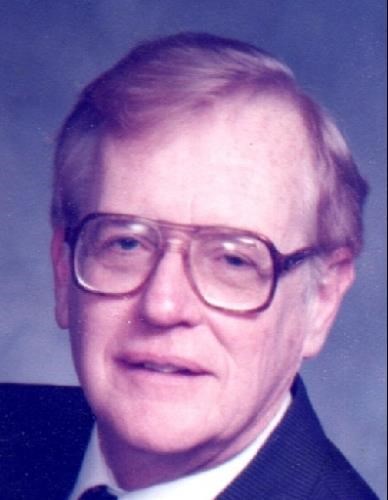 FUNERAL HOME
Farrell's Funeral Service, Inc. - Auburn
84 South St.
Auburn, NY
Frank W. Spreter May 31, 2021 Frank W. Spreter, 96, Buck Point, Auburn NY passed away Monday, May 31, 2021, in the comfort of his Lakeside home surrounded by his family. A native and lifelong Auburnian, Frank was a graduate of Holy Family High School. He entered R.I.T. and had one year of college prior to entering the United States Air Force (then Corps) in WW II. Upon return from the War, he graduated from Syracuse University School of Management and Syracuse Law School. Frank retired as the Regional Director of the New York State Commission of the Blind and Visually Handicapped. He had also served as the President of the New York State Federation of Workers for the Blind. He was highly respected and recognized as a professional advocate for people with disabilities. He was a former Veteran's Counselor, Chairman of the Board of the Cayuga County Office of Aging Advisory Committee, and former Board member of Bluefield Manor. Frank was a member of Sacred Heart Church, the American Legion, and a former member of the Elks Club of Auburn. He maintained a lifelong affection for Owasco Lake, starting as a young man at his parents - Frank and Rose Byrne Spreter's- cottage on the lake. Then, he eventually built his present home with his wife Helen Beluschak Spreter, who pre-deceased him 2009. A great commentator on history, and economics, he enjoyed spending time with family and friends. Frank frequented the area restaurants, especially the Sherwood Inn, whenever he could. Surviving are three sons, William F. And wife Cindy Spreter, Baldwinsville, NY; Robert S. And wife Carol Spreter, Venice, FL; Mark B. and wife Angela Spreter, Brewster, NY; His grandchildren included Andrea M. Spreter (Stephen Moffat); Stafford W. Spreter (Sarah); Brent W. Spreter; Matthew R. (Elaina) Spreter; Samuel P. Spreter; Aidan T. Spreter, and great-grandchildren, Matthew, J., Emmaleigh, Corrina, Morgan, Ty, Wesley and Gianna. He also has several nieces, nephews, and cousins. His family wishes to thank his caregivers for their support and their years of service. He was predeceased by a brother, Charles and sister-in-law, Natalie Spreter. A private service was held for the family with full military honors at St. Joseph's Cemetery. Memorials may be remembered to either Sacred Heart Church, 90 Melrose Rd., Auburn, or St. Peter and Paul Church, 136 Washington St, Auburn, NY. Farrell's Funeral Service, Inc., 84 South St., Auburn, NY. Please sign the guestbook at syracuse.com/obits
Published by Syracuse Post Standard from Jun. 12 to Jun. 13, 2021.
MEMORIAL EVENTS
To offer your sympathy during this difficult time, you can now have memorial trees planted in a National Forest in memory of your loved one.
Funeral services provided by:
Farrell's Funeral Service, Inc. - Auburn
MAKE A DONATION
MEMORIES & CONDOLENCES
Sponsored by The Family.
4 Entries
I did Helen´s hair for many years, and got to know them both quite well. My sympathies for your loss. Lovely people
Nancy Hutson
June 14, 2021
Thank you for your service.
Joe Colella
June 13, 2021
Sorry to hear of Frank passing. I enjoyed taking care of Frank and having time with his family. My prayers to the family.
Marie Shimer
Friend
June 13, 2021
Bill and all. So very sorry for your loss. 96 years. Amazing.
Shirley Hanley
Acquaintance
June 12, 2021
Showing 1 - 4 of 4 results