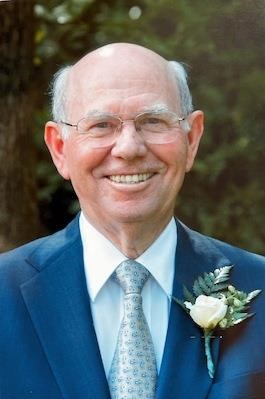 Carlton Bob Butler, 89, of Tallahassee, Florida, passed away on Sunday, July 18, 2021. He joined his Savior and loved ones in heaven with his family present, loving him through the process to his new home.

Bob was born on June 5, 1932, in Calvary, Georgia, to Robert Louis and Pearl Lee Butler. The family moved to Quincy, Florida, when Bob was five years old. Bob spent his lifetime between Calvary, Quincy and Tallahassee, building a career, raising a family, loving his kinfolk, playing golf, worshipping in his church and above all, serving God.

As a child, he was part of a large family, one of ten children, and they lived on a farm. Bob was one of the younger ones, with Gertrude as the oldest and Virgel as the youngest. In between were Raber, Ermon, H.M., Elga, Joe, Delia Jean and Winona. He graduated from Quincy High School in 1951, and more importantly, accepted Christ as his Savior at age 17 while attending First Baptist Church in Quincy.

In 1952, Bob enlisted in the United States Army serving until 1954. He then briefly attended the University of Florida pursuing animal husbandry. He said his goal in life was to get a comma in his paycheck and he began his career in life insurance with Acme United Life Insurance Company. Soon thereafter he joined Massachusetts Mutual Life Insurance Company, where he served as an agent for more than 50 years. He was very successful in his insurance and financial advisory career, which was reassuring after his mother, Pearl, feared he wouldn't make enough to "put salt in his bread."

Bob's own family started when he married Vernon Frances Andrews in 1958. Their first house was a duplex they built in Tallahassee, allowing them to rent one half and live in the other. This duplex would eventually become Bob's office where he continued to work until just days before his death. Bob and Vernon had one child, born in 1962, Robert Carlton Butler, named after his father and grandfather. After Vernon's death in 2006, Bob became reacquainted with a friend from high school, Harriet Mahaffey Wilson. They were married in 2007 and enjoyed 14 wonderful years of joy, companionship and romance.

When Bob was young, he enjoyed playing fast pitch softball for many years. Golf eventually became his passion and primary sport, developing lifelong friendships with the foursomes that played with, weekly for decades. He enjoyed playing tennis with Vernon first, then Robert, creating many memories such as early morning summer games following Robert's high school graduation.

Bob settled into First Baptist Church in Tallahassee. He helped Vernon with preschool Sunday School, served as Chairman of the Deacons, supported the Deaf and Blind Ministry and lived out his faith in worship and fellowship for more than 60 years.

Bob was supremely blessed to have an extended family that continued to grow throughout his lifetime. He is survived by his wife Harriet Wilson Butler, his only son, Robert Butler, and his daughter-in-law Heidi Updike Butler. He is also survived by his sister, Delia Jean Hersey, brother Virgel Butler; sisters-in-law, Sadie Butler, Janice Butler, Mary Jo Butler and Margie Seidel, and numerous cousins, nieces and nephews. His later life was enriched by Harriet's family, Ann Haddon (Greg), Becca Shell and Mary Beth Paris (Frank), and their children.

His celebration of life service will be at 11 am, Saturday, July 24, 2021, at First Baptist Church, Tallahassee, Florida. Recognizing the many lives that Bob touched, the following opportunities are available for fellowship:

• A catered celebration of life and dinner on the grounds, open for everyone, from 5-8 pm, Saturday, July 24, 2021 at Rocky Comfort Lodge, 6225 Old Federal Road, Quincy, Florida;

• For those not attending the above visitations, the family will receive love immediately after the memorial service in the chapel at First Baptist Church. 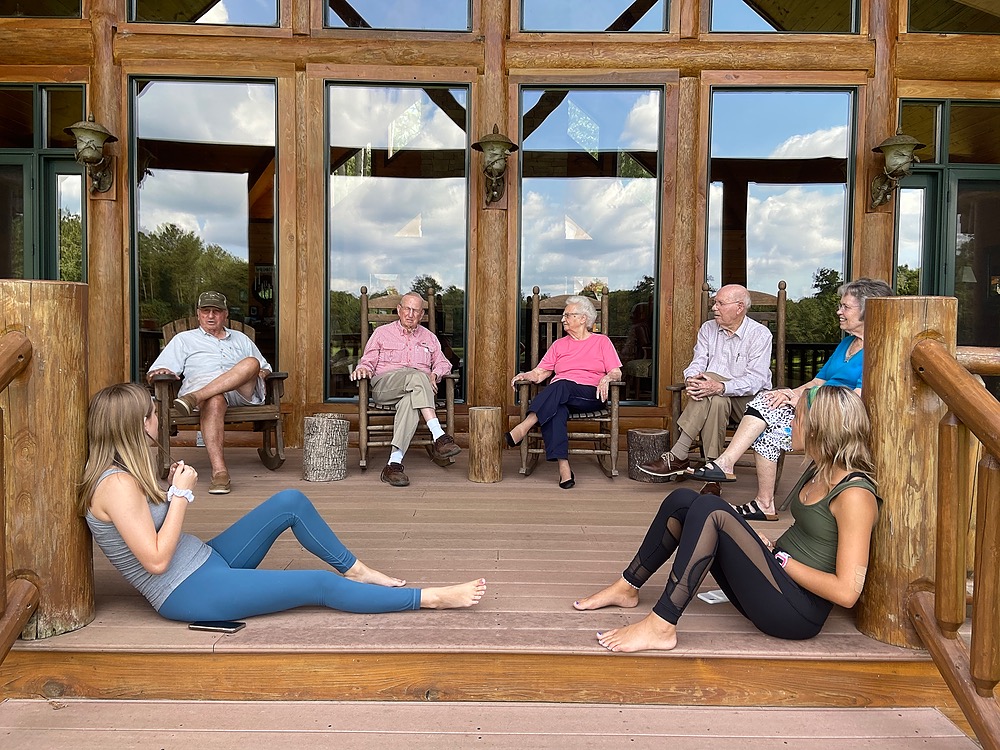 Dear Aunt Harriet and Cousin Robert & Heidi, Our hearts are hurting knowing Brent, Aubree and I can not be there due to Aubree´s sickness. You all mean so much to our family and evidently the Lord needed Uncle Bob to carry on his works in heaven immediately or he would not of taken him from us so quickly. I just wish it didn´t hurt so much. We are still trying to grasp the magnitude this will have on our family as he was our mighty leader for the Butler family. We know his legacy will live on through Robert and his family. Giving you all the love & support your heart can hold. We will all be together very soon. Love you so so much.
Rhonda, Brent, Blake , Brice and Aubree
Family
July 23, 2021
He was such a good friend and golfing buddy of my daddy. Harriet, mama and I send you many hugs and prayers.
Lisa Dussia Peacock
Friend
July 23, 2021
Mr. Butler was a good friend, a brother in Christ, and a source of wise counsel for me in my high school years and into adulthood. Full of energy and always ready with a bright smile, his positive attitude rubbed off on everyone around him. Of course, there were times that he had to sit Robert and I down for a serious conversation, like when we attached a stuffed Kermit the Frog to the ceiling fan and it almost broke some valuable household items as it went flying across the room. I told Robert we should have put the fan on low instead of high. Whenever I came over to visit, he would greet me with that southern twang, a slight gravel to his deep baritone voice. Other than my mother, he was one of the few people who called me by my full name, Phillip, but when he said it, unlike when mom said it, I didn´t think I was in trouble. I learned a lot about fishing from Mr. Butler and enjoyed some great golfing stories. As Jody and I began our family there was only one person to trust with the important task of securing life insurance, Mr. Butler. We will miss you deeply, but the things we learned from you and the times we enjoyed together will continue to resonate in our lives.
Phil and Jody Spencer
Friend
July 21, 2021
Dear Ones, Bob was one of our favorites; however, with his knowing winks & smiles, Bob was undoubtedly a favorite of all he met. Harriet, we have come to love you as one of our favorites too. As you once suggested in our Sunday School class- We that love the Lord are His sheep & like sheep we know the voice of our Shepherd, & when it is our time we will actually hear His voice say our name calling us home. Bob heard that precious voice Sunday.
Julia Ann & Phillip Cooper
Friend
July 21, 2021
Harriet and family, please know that my thoughts and prayers are with you all. I will sure miss Mr. Bob very much. He was such a sweet person to know.
Beth Porter
Family
July 20, 2021
my condolences and deepest friend, BOB C. BUTLER i know him several years of closing we had closer town and thank you (Bob) was very kindness and supportive to the deaf and deaf-blind we enjoyed company with him during our party at his own lodge. I do miss him very much as good friend and lovely man.
Barbara Smith
Friend
July 20, 2021
May the Lord bring peace and comfort at this time of loss.
Steve Scott
July 20, 2021
Showing 1 - 7 of 7 results