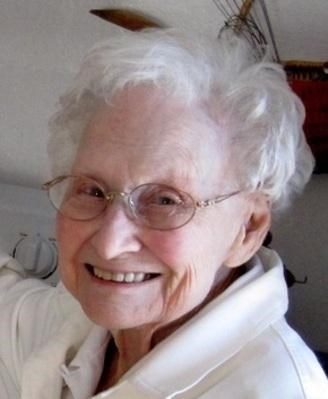 Ellen Irene Mays Parham (99) made her transition to heaven on Saturday December 21, 2013, in her home with family present.

A visitation will be held on Saturday, December 28th from 1:00PM to 2:00PM at Culley's MeadowWood Riggins Road Chapel, followed by a celebration of her life at 2:00PM. Interment will take place at Roselawn Cemetery. Services will be conducted by grandsons, Reverend Carl Blackburn and Reverend David Thompson.

She was born on December 18, 1914 in Taylor County, Florida near Perry. Ellen and twin sister Helen were children of George Elmo and Mamie Frances Branan Mays. Ellen was pre-deceased (2001) by her husband, Leslie James "Les" Parham whom she married on October 18, 1937 in Tallahassee.

With Ellen, a generation ended; she was pre-deceased by each of her siblings: Hugh, Charles, Anton, James Thomas, Robert, Mamie Frances and Helen as well as all of her in-laws.

Her childhood years were spent in Perry, Reddick and Tallahassee. After her mother's early death and the effects of the Great Depression, Ellen came to Tallahassee to live with her brother Hugh Mays and his wife Frances (Woodward) and graduated from Leon High School in 1932.

She was a member of Trinity United Methodist Church and at the time of her passing, Ellen Parham was noted as being the longest member of the church: 87 years.

She had a never-ending adventurous and independent spirit to explore and learn. As a young woman she and friends saved-up and went to the 1933 World's Fair in Chicago. She told stories of taking the train from Tallahassee to Jacksonville with her friends, just to go to a movie. Always ready to travel, later in life she visited Europe, Canada, Hawaii, the Caribbean and Russia.

Ellen retired from a career in state government (Florida Industrial Commission) in 1976 thus enjoying 37 years of retirement filled with bridge games, travel and family. She touched a lot of lives through her work and activities easily making treasured friends along the way.

Ellen was a direct descendant of James Mayes who came to America from Ireland in the early 1700's. James' grandson, Andrew, fought in the American Revolution from South Carolina. Maternal ancestors included her grandfather, Joshua Branan, who was in the Georgia Militia during the War Between the States. She was a proud member of the United Daughters of the Confederacy and "First Families of Henry County, GA".

The family wishes to extend thanks for easing her final time to Becky Blackburn, Doris and Glover Harris, Big Bend Hospice and the staff at Home Instead; with particular thanks to caregivers Julie Tharpe and Shanty Bryant.

Published by Tallahassee Democrat from Dec. 23 to Dec. 28, 2013.
To plant trees in memory, please visit the Sympathy Store.
MEMORIAL EVENTS
To offer your sympathy during this difficult time, you can now have memorial trees planted in a National Forest in memory of your loved one.
Funeral services provided by:
Culley's MeadowWood Funeral Home Riggins Road
MAKE A DONATION
MEMORIES & CONDOLENCES
23 Entries
I have such great memories of Ellen and Les and they were a big part of my family's lives. Ellen had the greatest laugh and smile. We all went to Scotland years ago and every day was a delight with her. I am in Miami with son David for the holidays but will be with all of you in spirit. You were all blessed to have Ellen for so long. God Bless....Vivian Matthews Hess
vivian hess
December 28, 2013
Granny you have been a big part of my life and I will truly miss you. I will miss our visits and talks and our weekly trips to publix. What a wonderful life you have lived. It is so amazing that you have been so independent and able to live by yourself at 99 years old there are not many who can say that.
I love you.
Becky Blackburn
December 27, 2013
Jimmy, I was so sorry to just read of your mother's death. I have heard so many wonderful stories of her and her good nature. My thoughts are with you and Ramsay and your family.
Noanne Gwynn
December 26, 2013
Jim: Our thoughts and prayers are with you and your family, we are sorry for your loss.
Les & Terri Abstein
Les & Terri Abstein
December 26, 2013 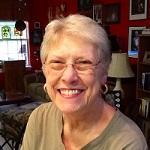 Carolyn, it was wonderful to see you at Culley's even under such regretful circumstances. You must have great memories but the pain of loss is still real. I wish you and Herb the best future possible in 2014.
Carolyn Cain
December 26, 2013
Dear Sandy, Larry and Emily, Our thoughts are with you, Craig, Lorna, Gordon and Jack
Lorna McWatt
December 23, 2013
Carolyn, Your dedication and love have been beyond measure. I'm glad we got to see her when we were there for the reunion. She raised perfect children, and now you have as well. May God's true love reside with you at all times. You have all bestowed many blessings on so many people !Kay Perloff Felton
Kay Felton
December 23, 2013
I worked with Ellen at the old Industrial Commission "a few years ago." She was a wonderful lady. I also knew her brother Bob. I lived in the same apartment house where he lived. He was a really nice person, also. I know you will miss her and I'm sorry for your loss. God Bless You all.
Mildred Gresham
December 23, 2013
What a wonderful and lovely lady. She was always smiling and full of life despite putting up with us young boys.
Tommy Barrett
December 23, 2013
Carl, I was so sorry to hear about your grandmother. Sounds like she had a wonderful life. Just know I will be thinking about you and my prayers will be for you and your family. I am sure you have made lots of memories. Love you and your precious family.
Wanda Timbs
December 23, 2013
What wonderful pictures. What a smile and countenance. I wasn't close as a niece should be but I do feel a lose.
June Turner
December 23, 2013
Jimmy, sorry to hear about your mother. She was a sweet lady.
Sam Ashton
December 23, 2013
Please accept our sincere condolences.
Steve Edwards and family
December 23, 2013
Jimmy, so sorry to read of the loss of your mother. It's hard to let go of them but know that you have wonderful memories to hold onto. Keeping your family in my prayers. Amalee Olive
Amalee Olive
December 23, 2013
She was a wonderful lady and I have many fun memories of her when I was a child. I know my mother and daddy were there to greet her at heaven's door.
Recie Jenkins
December 23, 2013
Jimmy & Family, So sorry for the loss of your Mother, but you have many wonderful memories to cherish.
Margie Johnson
December 23, 2013
jimmy, sorrow turns to faith and the love u had for ur mother will never cease our prayers are with u james and vicki
james smith
December 23, 2013
Jimmy and Family, So very sorry about your Mother. She had a full life and much to be thankful for. Please accept my sincere condolences.
Greg Wood
December 23, 2013
My condolences on losing a sweet, kind lady. I hope she and my mother (Marie Tener) are getting together for a bridge game now.
Gail Fishman
December 23, 2013
Carolyn, and family, we know this has been a hard time for your family. it's never easy regardless of how old they are. we recall meeting your mom when in Tallahassee 3 years ago (almost). she was delightful. may God bless you and your family as you go through this sad time!
ann & mike white
December 23, 2013
So very glad to have met this wonderful woman who raised one of the greatest women I've ever know. Much love and many prayers to the family.
Charlene Kuntz
December 22, 2013
Granny, your light will shine in our hearts forever! We will miss you. Love Brad, Lisa, Alecia and Ryan
Lisa Corner
December 22, 2013
Loved going next door to visit Mrs. Parham as a small child. She always had something to feed me and to show me in her yard. I will never forget her kindness to me. Dottie Kidd
December 22, 2013
Showing 1 - 23 of 23 results