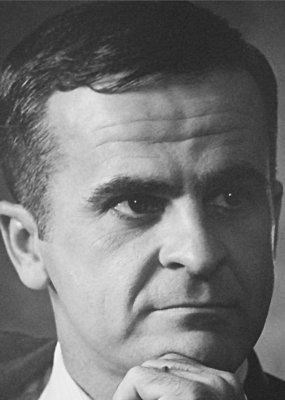 Gregory Robert Choppin, born in 1927, passed away October 21, 2015, surrounded by his family. Greg is survived by his wife of 64 years, Ann Warner Choppin; his children, Denise Choppin (Paul McCall), Suzanne Choppin (Michael Brezin), Paul Choppin (Brenda) and Nadine Choppin (Bill Wagner); and by his grandchildren, Marc and Keith McCall and Mia, Rhemy and Madeline Brezin. Greg was a loving and supportive husband, father and grandfather who inspired his family with his strong ethical perspective, love of learning, sharp wit and zest for life. Greg is also survived by his brothers, Gerald and Gilbert Choppin.

Greg grew up in New Orleans. He attended Aloysius High School and received a B.S., Maxima Cum Laude, from Loyola University. Greg's undergraduate studies were interrupted by service in the Army during the Occupation of Japan. After his military service, Greg earned a Ph.D. in Chemistry from the University of Texas. He completed post-doctoral studies and was employed as a research scientist at the Lawrence Radiation Laboratory, University of California-Berkeley, under Dr. Glenn Seaborg, where he was a co-discoverer of chemical element 101, Mendelevium. In 1956, Greg joined the Chemistry faculty at Florida State University, where his research focused on the rare earth elements and radioactive heaviest elements, resulting in the publication of 13 books and more than 300 research papers. As a teacher and researcher, Greg fostered the careers of innumerable students and formed close enduring relationships with his loyal band of "Choppinites." His love of teaching was recognized in 1967 by his designation as a R.O. Lawton Distinguished Professor and receipt of the Manufacturing Chemists Association National College Chemistry Teacher Award in 1979. Greg loved teaching and research so much that he continued to work despite being feted at several retirement parties over the years.

Greg enjoyed a rich fulfilling life personally and professionally. His wide-ranging interests included sailing, scuba-diving, history, art, literature, astronomy, photography, bonsai and collecting Uranium glass. His professional accomplishments and endeavors allowed Greg and Ann to indulge their love of travel, maintaining close relationships with friends and colleagues all over the world. When not traveling, Greg and Ann enjoyed the serenity of their lakeside home and the beach at St. George Island.

In the course of his long career, Greg's achievements were recognized through numerous awards and honors, including honorary doctorates from Loyola University and Chalmers University in Sweden, the Humboldt-Stiftung U.S. Senior Scientist Award (1979), the American Chemical Society Award for Nuclear Chemistry (1985), the Seaborg Award in Actinide Separation Science (1989), the Spedding International Award in Rare Earth Science (1996) and the Becquerel Medal for Nuclear Chemistry of the British Royal Chemical Society (2000). The Chemistry Wing of the Science Building at Loyola University bears his name, the "G.R. Choppin Wing," and FSU created the Gregory Robert Choppin Chair in Chemistry and Biochemistry in his honor. Both were endowed by his life-long friend Tom Benson.

There will be a private graveside service. A celebration of Greg's life and legacy will be held at a later date. Donations in Greg's memory may be made to the Alzheimer's Project, 301 East Tharpe Street, Tallahassee, FL, 32303. Todd Wahlquist with Bevis Funeral Home is assisting the family with their arrangements. 850-385-2193, www.bevisfh.com

Published by Tallahassee Democrat from Oct. 24 to Oct. 26, 2015.
To plant trees in memory, please visit the Sympathy Store.
MEMORIAL EVENTS
To offer your sympathy during this difficult time, you can now have memorial trees planted in a National Forest in memory of your loved one.
Funeral services provided by:
BEVIS FUNERAL HOME, INC - TALLAHASSEE
MAKE A DONATION
MEMORIES & CONDOLENCES
12 Entries
Great professor, taught my chemistry 102 class back in 1961-1962. He must have spent some time in my home town of Oak Ridge, Tennessee. Said my next door neighbor cheated at golf. I was very sad to hear of his passing. Tom Phillips
January 5, 2016
I was saddened to hear of Greg's passing. He was such a brilliant scientist and I was lucky to be able to work with him for a brief time ('96-'99). I learned so much from him and will remember him fondly. My thoughts and prayers are with his family.
Amy Irwin
December 14, 2015
I will treasure my memories of time spent with Mr. Choppin and his family as we were growing up. I always enjoyed speaking with Greg about sail boats and sport cars! Thank you for being such great friends to my Mom and family. I hope all our memories will provide comfort to the Choppins.
Pete Fox
November 4, 2015
I will always treasure the time spent with Mr. Choppin and his family as they were close friends with my our family growing up. I always enjoyed speaking with Greg about sailing and sports cars! He will be dearly missed. May all our memories bring comfort to the Choppin's
Peter Fox
November 4, 2015
Dear Denise and family,

I have wonderful memories of your dad's great wry wit, warmth and zest for life. I remember how he and your mom put together a treasure hunt for a jr. high party at your house - something not many parents would jump at - but indicative of his enthusiasm and enjoyment of his kids and their friends and life in general. I had the pleasure of seeing him in 2007 when he attended my dad's memorial service. I was both honored by his attendance and happy to see him again. I hope you take comfort in the fullness and quality of his life even as you grieve his loss.
Kathy Minnick
November 1, 2015
On behalf of the Brothers of the Sacred Heart Alumni Association and Brother Martin High School, I offer our prayers and condolences. The Brothers will say a Mass in his memory.

Kenny Spellman '84
Alumni Director
Kenny Spellman
October 30, 2015
My thoughts and prayers are with you in your time of grief. May your memories bring you comfort.
Larry Hale
October 26, 2015
Paul, Brenda and family,

I am so sorry to hear about your father, my heart hurts for you all. Lots of great, memories of you and your family, I know how proud you are to have had a Dad like yours!

Jeff Pedersen
Destin Fl
October 26, 2015
He was a superb professor. I had the opportunity to serve on a committee with him in the early 90s. I'll never forget him. A huge loss for the Florida State community. My best to the Choppin family.
Mark Zeigler
October 25, 2015
It was always a pleasure to work with Dr. Choppin in Chemistry. We at Gold's will also miss him. He was an inspiration.
Beth Hagler
October 25, 2015
I was privileged to have worked with Greg Choppin for about 30 years at FSU. He made the "great years in the chemistry dept." great. I miss him.
Sandy Scheer
October 24, 2015
My thoughts are with the Choppin family. I have fond memories of Greg. His life was well-lived, he contributed greatly, and was very loved.
Lise Fox
October 24, 2015
Showing 1 - 12 of 12 results