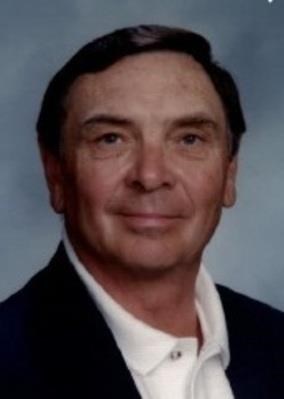 Howard Ray Martin, 75 of Tallahassee, passed away Sunday, April 10, 2016. He was born November 12, 1940 to J.D. and Helen (Gooding) Martin in Oklahoma City, OK. He was employed with JC Penney for 38 years and began his career in Oklahoma, moving to Jackson MS, Atlanta GA, Jacksonville FL, back to Atlanta, then to Miami FL and finally to Washington D.C. as he progressed up the management ranks, ultimately culminating as Director of State Government Relations. In 1998, he retired to Tallahassee Florida to live in his paradise in the Golden Eagle Country Club community.

He passionately loved all of his family, his friends, golf and politics and always enjoyed sharing a good joke. He was a big kid at heart. He was a member of Rotary and the Chamber of Commerce in multiple places where he resided and helped with the local AMVETS Golf Tournament in Tallahassee.

He is preceded in death by his parents and his brother, Terry Martin.

A celebration of life will be held at Golden Eagle Country Club on Sunday, April 24, 2016.

In lieu of flowers, donations may be made to Big Bend Hospice, 1723 Mahan Dr., Tallahassee, FL 32308, or a charity of your choice.

Published by Tallahassee Democrat on Apr. 17, 2016.
To plant trees in memory, please visit the Sympathy Store.
MEMORIAL EVENTS
To offer your sympathy during this difficult time, you can now have memorial trees planted in a National Forest in memory of your loved one.
Funeral services provided by:
Beggs Funeral Home - Apalachee Chapel
MAKE A DONATION
Please consider a donation as requested by the family.
MEMORIES & CONDOLENCES
Sponsored by Beggs Funeral Home - Apalachee Chapel.
7 Entries
I received the news late about his passing. He was my first store manager. He was a big supporter of the military. I remember that he used to have a special military night for the troops when he was at the JCP in Cutler Ridge Mall. He always greeted me with a joke every day when I came in to work. Great person, he will be missed
Milton Sepulveda
December 22, 2016
SORRY FOR YOUR LOSS IAM THE MAINTENCE MAN AT GOLDEN EAGLE. IF THERE IS ANYTHING I CAN DO FOR YOU ALL .JUST GIVE ME A CALL 8506617772.REALLY LIKED THESE MAN HE ALWAYS HAD ME LAUGHING
SCOTT MATHIS
April 25, 2016
I'm so sorry. Howard was one of my favorite people! Always had a smile and a wave. His positive attitude was infectious. Hugs to Norrine
Elena Scibelli
April 24, 2016
Thanks for the memories Howard be thy name. You were the heart of Golden Eagle that can't be replaced. We ( Ernie, Wayne, John, Steve older Hucks) will forever live in your kind and endearing shadow. Thanks for your wonderful manner with my fathers last years with dimetia You cast a great shadow that can never be replaced. You lived your life as a shining light of the free enterprise system we enjoy in this country. You will truly be missed.
Marshall Cassedy
April 21, 2016
Dear Norrine,
I met Howard at McKinley Elementary School...I think it was 2nd grade. I always remember Howard and his happy smile...don't remember him
without a smile!! Howard was a friend to everyone. I know you have beautiful memories
from your many years together. I have memories of seeing you together when you were dating!!!
(And, of course, we saw each other at our class reunions!) God Bless, Barbara (Armstrong) Impson
Barbara Impson
April 17, 2016
Haven't seen a lot of Howard since we graduated PO-HI, but he was always a gentleman and was friendly to all.
I know his family and friends will sorely miss him.
God Bless you all.
Glenda Cline-Webb
April 17, 2016
We extend our condolences and thoughts to Norinne and family . . . we so enjoyed our time and work with Howard during our Washington, DC days and wish we had thanked him more often for his efforts in behalf of JCPenney. He was a true Partner. -- Jim and Marilyn
Jim Schwaninger
April 17, 2016
Showing 1 - 7 of 7 results