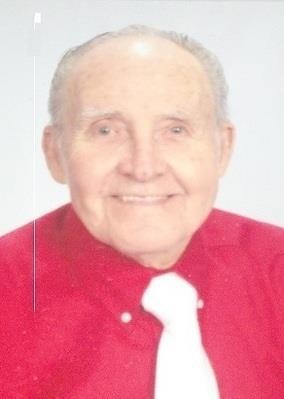 James A. "Jimmy" Sharman of Altha, Florida passed away January 22, 2016 at Margaret Dozier Hospice House, he was born November 10, 1933 to Joe Brown Sharman, Sr. and Annie Myers Sharman. Jimmy was a veteran of the US National Guard, and the US Navy. He retired from National Airlines in 1981 after 27 years of service then he managed three commuter airlines from 1981 until 1988 then going to Print Shack and retired in 1998. He was a member of the Hasty Pond Baptist Church in Marianna, Fl.

Jimmy was a resident of Tallahassee, Florida from 1942 until he moved to Altha in 2010.

Published by Tallahassee Democrat on Jan. 24, 2016.
To plant trees in memory, please visit our Sympathy Store.
MEMORIAL EVENTS
To offer your sympathy during this difficult time, you can now have memorial trees planted in a National Forest in memory of your loved one.
Funeral services provided by:
BEVIS FUNERAL HOME, INC - TALLAHASSEE
MAKE A DONATION
MEMORIES & CONDOLENCES
36 Entries
Jimmy-Ray, Joe and the Sharman family, I am sorry for your loss.
Phillip Barnett
January 26, 2016
I remember standing on his feet and dancing at the "Old Florida High School".
Great memories! Love and prayers to all!
Frances Tryon Sever
January 26, 2016
Vetta, our prayers and thoughts are with you all.
Linda Hatcher
January 26, 2016
Our thoughts and prayers to your family and may God guide you through this time of sorrow.

God's peace and condolences to you on Jimmy's passing. Jimmy worked for me briefly in the 1980's at Handy Dan / Handy City Home Improvement Centers, just after his retirement from National Airlines and just before he went with another airline (Dolphin? JetBlue?). We got along very well, he had lived in Savannah, GA for awhile and Savannah is my hometown. Jimmy was very personable, a hard worker with a great attitude and a winning smile. God rest him and bless you all, I will remember him at Mass and in my daily prayers.

Until we meet again,
Kasey
Kasey Dodson
January 25, 2016
Will miss seeing your sweet smile and those big hugs. Love you Uncle Jimmy
Dawn Garrett
January 25, 2016
My deepest sympathies to the Sharman family.
Gil Gamache
January 25, 2016
Sharman Family, my thoughts and prayers are with you all at this difficult time. He was a special man and he is now in a very special place. Hugs to you all.
Nan Lovett Baughman
January 25, 2016
Rest in peace Mr Sharman, I will never forget how you always made me feel so welcome in your home
Donna Johnson/Meriwether
January 25, 2016
I will miss my buddy.