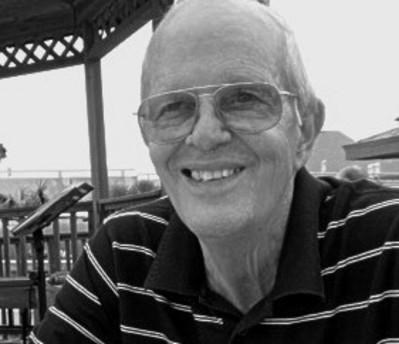 Jon Charles Prothero, Ph.D died on the morning of Feb 16, 2015. Born in Springfield, Massachusetts on December 29, 1937, he was a resident of Tallahassee, Florida since 1969 after moving here from San Francisco, to attend FSU. He earned his MSW at the School of Social Work as well as his Ph.D from the College of Education in Educational Research and Testing. While living here, he taught in the Education Department at FSU, then worked for the Board of Regents and then the DHSMV. While at the DHSMV he was instrumental in developing the Florida Driver Improvement System while working as an administrator. He was also the President of Instructional Resources Foundation, Inc, a publishing and consulting firm he founded. He was the author of seven published books and three educational courses used throughout the country.

Before coming to Tallahassee, he served in the Army Security Agency as a Russian interpreter and translator in Japan. He was a graduate of the Army Language School ini Monterey, California. He also worked for Wells Fargo Bank in the trust department and was a Vice President of the American Bank Company all in San Francisco.

He is survived by his son Gregg Prothero and daughter-in-law Christina Prothero of Woodstock, Georgia and his brother Dr. S. Richard Prothero and sister-in-law Helen Prothero of Barnstable, Massachusetts. He will be missed by his nephews Laurie Sperry, Steve Prothero, Eric Prothero, Dan Prothero, and David Prothero, cousins Joni Reed and Joe Mawson, and many close friends.

A celebration of life will be held soon close to his home in Tallahassee.

Donations may be made to Bates College in Lewiston, Maine and the Music Department at FSU.


To plant trees in memory, please visit our Sympathy Store.
Published by Tallahassee Democrat on Feb. 20, 2015.
MEMORIAL EVENTS
No memorial events are currently scheduled.
To offer your sympathy during this difficult time, you can now have memorial trees planted in a National Forest in memory of your loved one.
MAKE A DONATION
MEMORIES & CONDOLENCES
12 Entries
You are missed, Jonny. By a bunch of people besides me. xoxo
April 7, 2015
I met Jon when he was first in grad school at FSU, and learned early on what a fine person he was. We were friends for several years, but we lost touch and reconnected just over a year ago. He was still that same fine man. His community, his friends, will be the less for his passing.
Rene'
February 25, 2015
From Dick, Jon's older brother, and Helen, Dick's wife, we send across these many miles our sympathy to Gregg and Chris. Jon remained engaged in life's joy until the end of his own. Good sailing Jon. with our family love and sympathy
February 23, 2015
We Protheros from Cape Cod will always remember Uncle Jon smiling. And the many good times long past but not forgotten, always with Uncle Jon smiling.
Dan Prothero
February 23, 2015
It has been so many years since I saw you Uncle Jon, but I will never forget your wonderful smile and laugh. Lots of great memories from our trips to Florida as a young boy. I will miss you but keep my memories forever.
Love, Eric
February 23, 2015
I'm saddened to hear of Jon's passing but whenever I think of him I have to smile. Always thoughtful, never harsh, caring and, more than anyone else I've ever known, he embraced life with a gusto and grace that is rarely seen. God bless!
Jeffrey Pairan
February 20, 2015
Sorry for your loss Greg. Your Dad was a neat guy. My thoughts are with you. Hope we can talk soon.
Danny Delage
February 20, 2015
Hey sweetheart, We will miss you always and I hope your transition is a peaceful one. Thanks for sharing yourself with us and say hi to those you may encounter in your travels that we both have loved. The Giordano Family
February 20, 2015 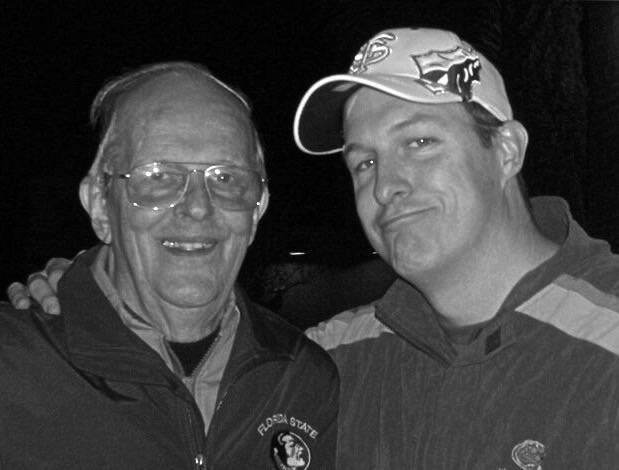 Thank you for everything Pop. You were instrumental in how I live my life. Love always...
Gregg Prothero
February 20, 2015
I am startled and saddened by the news of Jon''s death. We were neighbors for a number of years and served together on the Homeowners Association of Blairstone Court, Tallahassee. We prized Jon and Margaret as neighbors and friends. He was a gracious and benevolent man of good will. We are poorer at our loss, but richer for his friendship.
James Monroe
February 20, 2015
Mr. Prothero will be truly missed. He was an inspiration to all that knew him. You will always be in our hearts.
John & Sherri McCann
John McCann
February 20, 2015
A very congenial, and "Sharp" individual. I'm sure he will be missed.
Joanne A. Howard
February 19, 2015
Showing 1 - 12 of 12 results