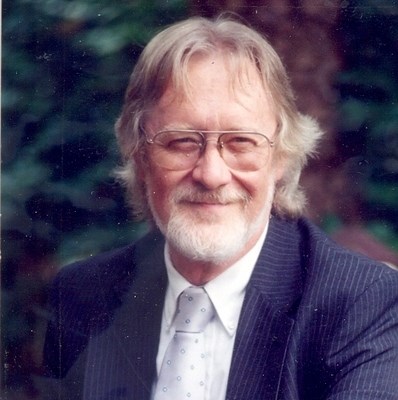 Mark O. Ellerbee age 71 of Tallahassee, Florida passed away Saturday, September 21, 2013 at Big Bend Hospice. He was a native of Tallahassee, a graduate of Leon High School class of 1960 and went on to earn a degree in Music from Florida State University in 1964. Mark was a Vietnam Veteran of the United States Army serving as a company medic. In 1959 Mark's music career started in Tallahassee with "The Casuals" now known as "Chaotic's". In 1969 he joined the "OakRidge Boys" as their drummer. He played with the OakRidge boys from 1969-1981 and returned to Tallahassee playing with various bands eventually rejoining the Chaotic's. He played with the Chaotic's until October, 2012. He retired from the State of Florida, Department of Disability Determination. He is predeceased by his parents Claude A and Emily Ellerbee of Tallahassee, son Eric Ellerbee and his nephew Fletcher M. Heins. He is survived by his wife of 23 years Hilda Crook, son Jason Ellerbee, Keystone Heights, Fl step son Brett (Susan) Crook of Plantation, Fl and grandson Ethan Crook, step daughter Buff Crook of Tallahassee, sister Rhonda E. Heins (Robert) of Melbourne Beach, Fl, nieces Tracy K. Heins of Destin Fl, Leslie A Heins of Baltimore MD, Meredith H. Jenkins (Russel)l and their children Alex and Aiden of Auburn, AL. A Celebration of Life will be held 3:00 P.M., Sunday, September 29th at the American Legion Post 13, Lake Ella. In lieu of flowers contributions to Leon County Animal Shelter would be appreciated.

Published by Tallahassee Democrat on Sep. 24, 2013.
To plant trees in memory, please visit the Sympathy Store.
MEMORIAL EVENTS
To offer your sympathy during this difficult time, you can now have memorial trees planted in a National Forest in memory of your loved one.
Funeral services provided by:
Culley's MeadowWood Funeral Home Riggins Road
MAKE A DONATION
MEMORIES & CONDOLENCES
61 Entries
As the days and weeks pass, and as you return to life's routine, may you continue to feel comforted by the love and support of family and friends. He was so nice every time I met him. prayers to family and friends . peace and love . fan of the orb since they switched from gospel to country
Becky Bledsoe
Friend
September 18, 2020
As the days and weeks pass, may you continue to feel comforted by the love and support of family and friends.
Kelsey Harlow
Friend
September 18, 2020
I saw you in the early 70's playing drums for The Oaks. I was a young boy, but I remember it well. I was a fan at that point, and remember you were a spark back there playing those drums. Hard to believe you're gone, and you're missed.
Todd Shawgo
Acquaintance
September 18, 2020
Quiet, truthful, humorous, and most of all a great friend. I miss you Mark.
Richard Chase
March 25, 2014
Mark's humor and positive spirit help us through Viet Nam. I am sure that same spirit touched others too. We will all miss him. We were medics in the same platoon
Doug Pratt
October 23, 2013
"Let nothing disturb you, nothing frighten you, all things are passing, God is unchanging. Patience gains all; nothing is lacking to those who have God: God alone is sufficient." (St. Teresa of Avila). My sympathy and prayers. Rosemary Anderman
October 10, 2013
A good man with a good soul.
George Parker
October 1, 2013
Death leaves a heartache no one can heal, love leaves a memory no one can steal. When someone you love becomes a memory, the memory becomes a treasure. Rest in peace...
My deepest sympathy to the family.
Cookie Barrett
September 30, 2013
I knew Mark from working at the disability office. During the war with Iraq my son was there as a hospital corpsman and when mark found out he was always enquiring about my son. He was such a giving and genuine person. I was so appreciative of his support . He will be so missed. My sympathies go out to all his family.
Dolores Bush
September 29, 2013
Mark was a co=worker and a neighbor. He was always funny but calming. He made everyone feel good when around him. Our prayer to Hilda and family.
Becky Hurlbut
September 29, 2013
I am very sorry for your loss and was sad to hear about Mark's passing. I worked with him at Florida Commerce Credit Union, and our desks were about 10 feet apart. Needless to say, I have great memories of an intelligent, kind, hilarious and good man. Our loss is Heaven's gain, to be sure.
Michael Payne
September 28, 2013
So sorry for your loss. Mark was a wonderful friend he will be missed.
Cindy Fix
September 28, 2013
Mark was a great guy. He was one of my
brothers best friends in high school and
hung around our house a lot. He was a lot of fun and a great friend. May God give your family peace and love during your grieving, Judy Courson Steele
Judy Courson Steele
September 28, 2013 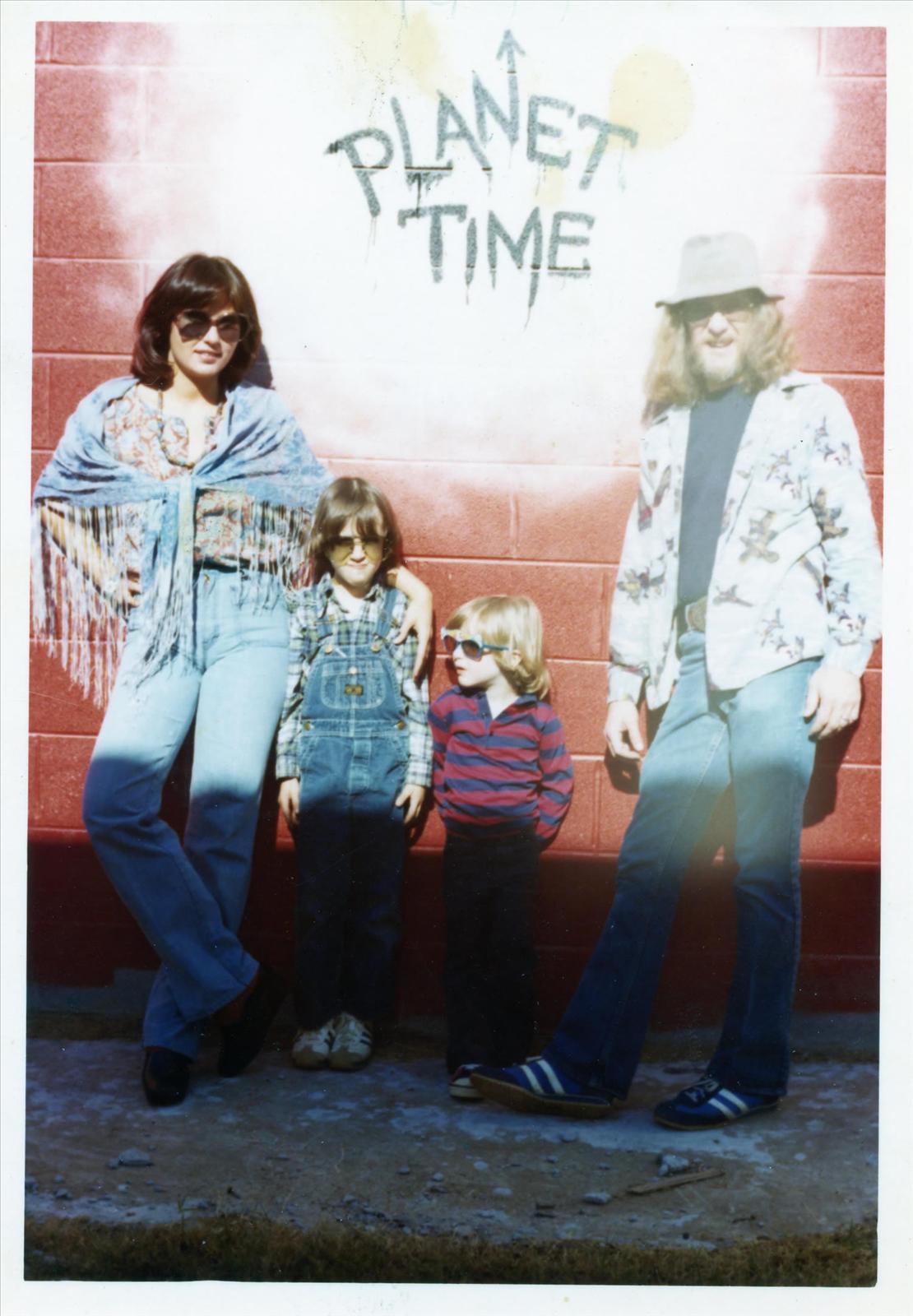 I missed the signing of the entry I posted with the pic of Mark for Oak Ridge Boys, so I just want to say he was a wonderful, intelligent, funny, kind man; a great father to Jason and Eric (deceased in 1988. We had a great 10 year marriage and I am so glad he found Hilda for the rest of his life. She was so good for him. He loved her very much. Jason and I miss him so much. I'm going to post a pic of him, me and the kids at Rockland Road where they recorded at the Oaks studio/office. So, if you see a post of him with no entry, that is from me.
Teri Rehkopf
September 27, 2013 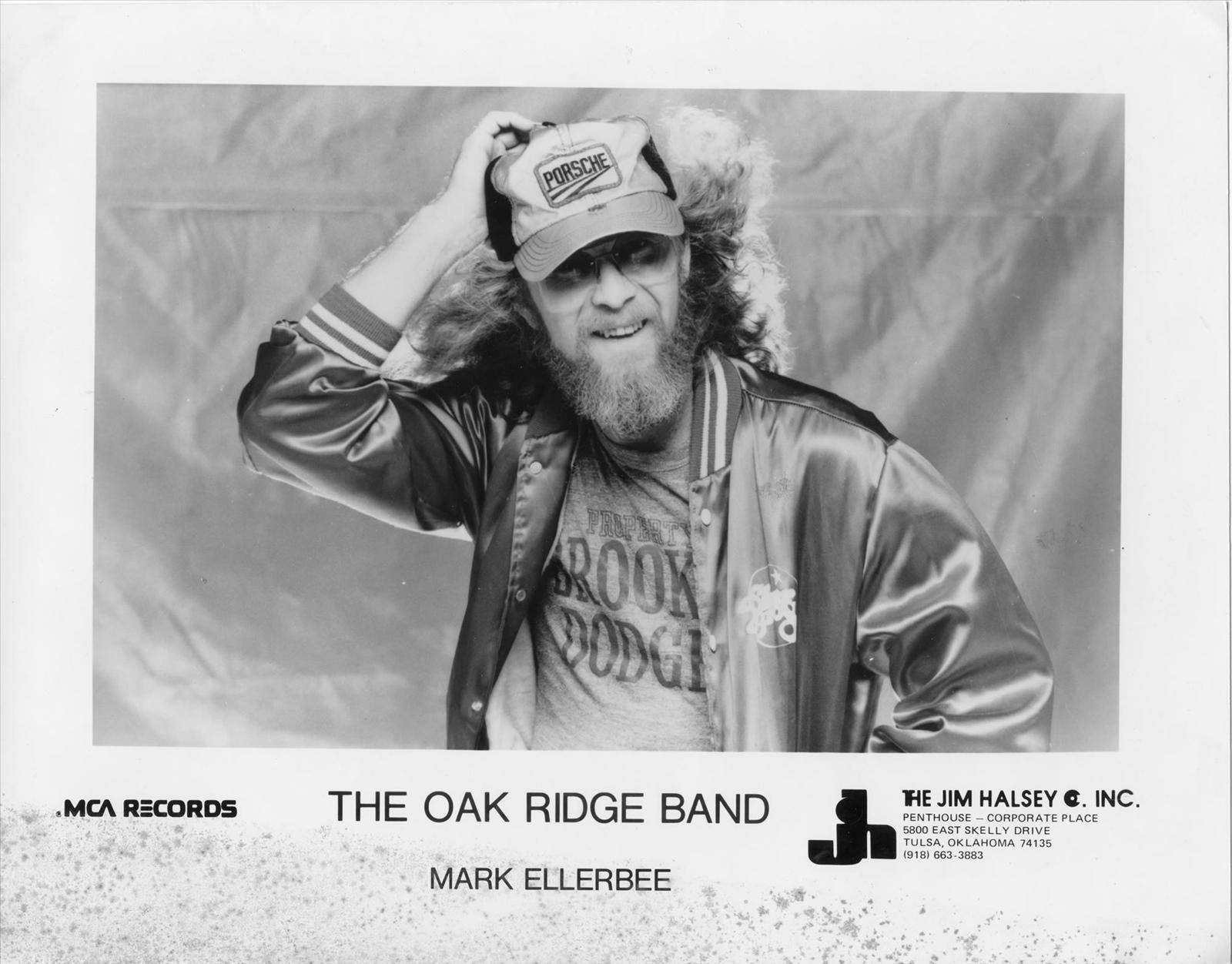 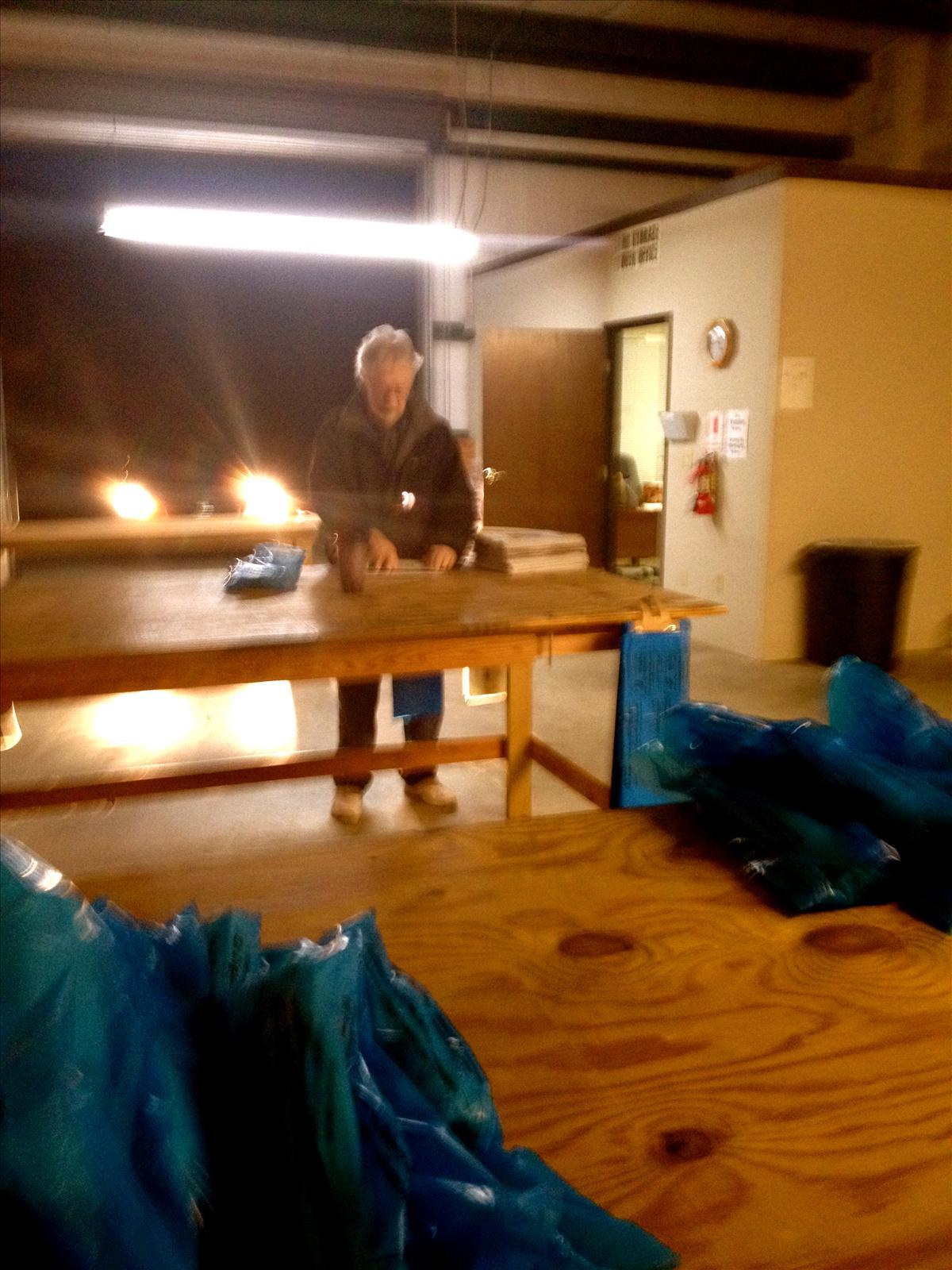 Mark is a special part of my memories of working at the NYTimes delivery warehouse.
September 24, 2013
Hilda and family, Mark was truly one of those SPECIAL people!!!!! He could turn your worst day into a smile!!!! Everyone that met him loved him and now heaven has gained another angel! I know there is a grand reunion going on as we speak. I pray your memories give you comfort, I know mine certainly will!!!
Dianne Barber
September 24, 2013
We are so sorry for Hilda and Buff's loss. We will keep you in our thoughts and prayers. Peace be with you.
September 24, 2013
Heaven is a better place now that Mark is there. A man who dearly loved his wife and family, I never heard him utter a discouraging word. His chair is now empty and we will all miss him very much. We take consolation knowing that he suffers no more and is Resting in Peace.
John Roberts
September 24, 2013
Mark was an inspiration to many. He will be missed. I had the pleasure of working with him at Florida Commerce CU now First Commerce. I can see Mark jamming with the the angels above. God Bless those you left behind.
Salina Roe
September 24, 2013
Please take comfort in knowing you have a special person watching over you now. He could always make us laugh when things got tough at work. May God bless and be with you during this sorrowful time.
Pamela Parker
September 24, 2013
To the Ellerbee and Crook Families,

I am just one of many that was blessed to have to known Mark during his time with the Oak Ridge Boys. A kind and gentle soul with the ability to make everyone feel like a friend. My thoughts and prayers are with you all at this time.
Rick Smith
September 24, 2013
Worked with Mark at Florida Commerce CU. He was a hoot!
Alan Dixon
September 24, 2013
Much Peace and Many Blessings for the Ellerbee Family.
Doc Carr
September 24, 2013
My deepest sympathy to the
family! Mark was a dear friend
at Leon! To know Mark was to
love him!
Penelope Christie Bowdren
September 24, 2013
Rest in peace Mark.
ervin beagles
September 24, 2013
What a special person you were. You made the world a better place. My thoughts and prayers are with your family and friends who are mourning the empty place you have left in their hearts and minds. I hope all will focus on the treasured memories they have of you to help them in their healing process. 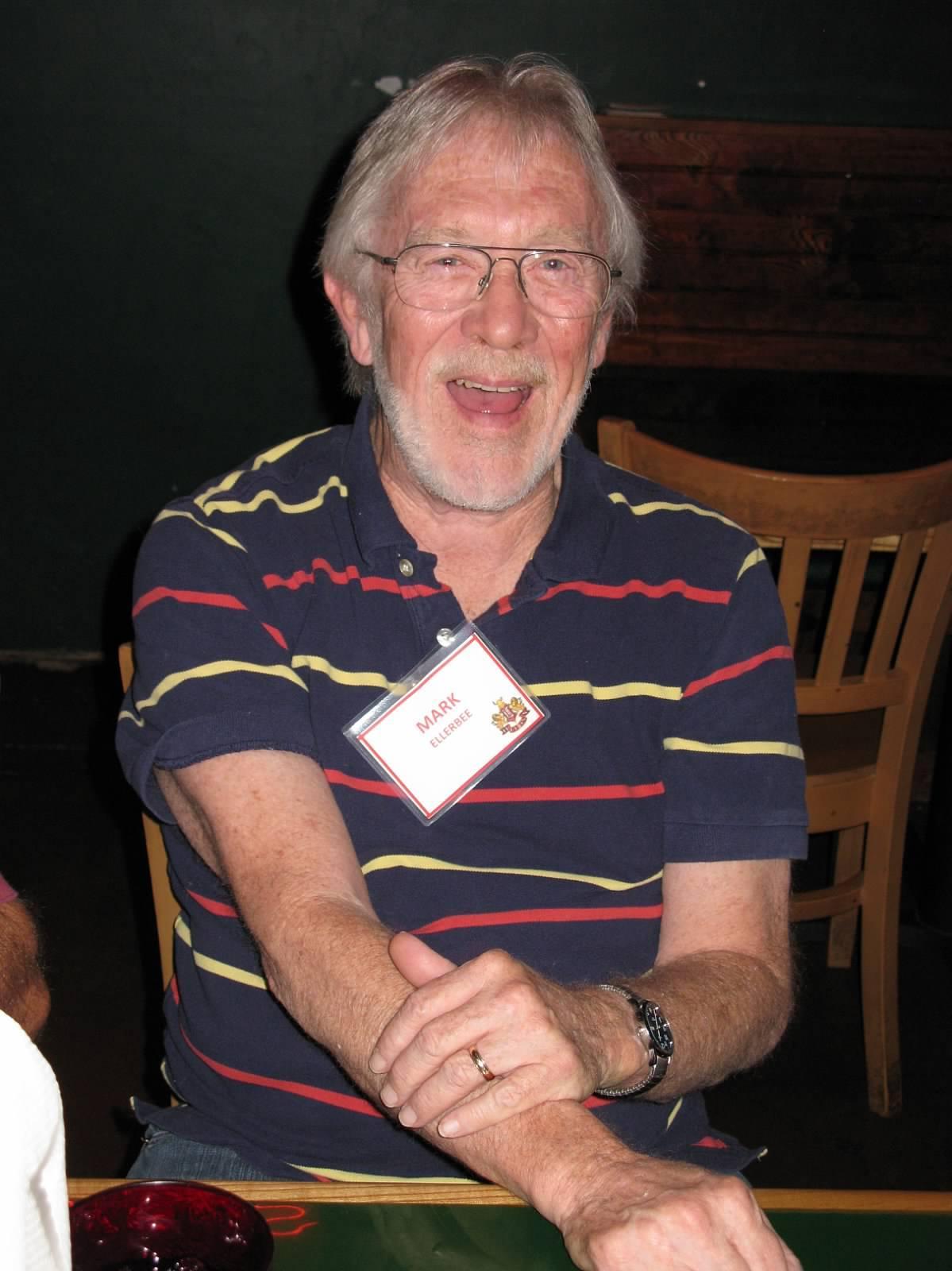 Hilda and family, Mark was loved and admired by his many alumni classmates in the Leon High Class of 1960. Numerous messages of concern and sympathy have been exchanged via e-mail and on our class Facebook page for the past couple of weeks -- all concerning Mark. We will miss him greatly, especially at our class get-togethers, because he was a friend to all of us and always made us smile -- or laugh.
With deepest sympathy,
Annette Hannon Lee
September 23, 2013
Showing 1 - 61 of 61 results