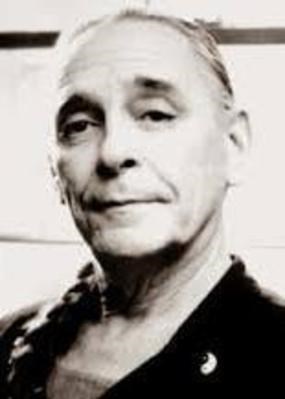 Richard Raleigh Portman, a master of motion picture sound, died peacefully Saturday evening, Jan. 28, 2017, surrounded by family at his home in Betton Hills. He was 82.

Richard, an Academy Award winning re-recording sound mixer, was born April 2, 1934, in Los Angeles, California. He was the son of Clement Augustus Portman - a film sound pioneer and also a lauded post-production sound mixer - and Alberta Willette Long, a direct descendent of Thomas Willett, the first Mayor of New York City. Richard was a godson of famed actress Bette Davis.

He was predeceased by his parents, his sister Carol, step-parents Edith Portman and Frank Long, and his first son Richard.

Richard spent his childhood in Hollywood largely ignored by his father, lived with his mother and step-father as a teen on their Arizona dairy farm and joined the Marines as soon as he could. During the Korean War he served as an embassy guard in Austria and an officer's secretary in Japan. He got to travel the world and developed a deep and enduring spirit of patriotism.

After the service, married, with children coming and without work, he asked his father for help getting into the sound business. Clem conceded and in 1957 Richard began working at Samuel Goldwyn Studios - regarded as home to the film industry's finest sound department. Richard worked his way up, learning and performing every job, developing tools and skills that would change the industry.

In January 1970, Clem had a mild stroke and Richard was given his father's seat. Clem famously left a note of instructions on the dubbing panel, which ended, "Don't embarrass me."

Not by a long shot. Richard proved to be one of the most gifted mixers in Hollywood film history. He was nominated for an Academy Award 11 times - in some years garnering two nominations - winning the golden statue for The Deer Hunter in 1978. He received five British Academy of Film and Television nominations and won twice.

His hundreds of film credits include Star Wars, The Godfather, Nashville and his favorite, Harold and Maude. He was the first in Hollywood to mix a film entirely by himself - typically there are three or four mixers - a practice he perfected and preferred. When he retired in 1995, he'd spent more than 90,000 hours behind the panel in a dark room.

That same year, he joined Florida State University's Film School. Instrumental in its founding, Richard found immense joy teaching future film makers and artists about his craft, the importance of a quality soundtrack and the hazards of industry ego. After retiring as a professor in 2005, his door remained open to his students, many of whom have gone on to successful film and television careers.

Beyond his work in film and teaching, Richard enjoyed many other hobbies and passions. A voracious reader, he was particularly fond of military history and Eastern religion and philosophy. He built electronics and dune buggies, rode motorcycles and sailed boats, painted dozens of paintings and wrote a book about his life in Hollywood titled, "They Wanted a Louder Gun."

Gifted and unpretentious, generous and uncompromising, harsh and adoring, a flag-raising Marine and long-haired hippie, Richard wore his contradictions as comfortably as his signature kaftans at Publix. The world could use more Richard Portmans, but there will only be one.

The family is most grateful to Mary Smith; Tallahassee Memorial HealthCare orthopedic floor night nurse Thomas; Brian and his Visiting Angels, in particular Resea Ray, Kimberly and Joy; and Big Bend Hospice, notably nurse Tammie, who cared for him like her own, bookending his last days with practical comfort and noting for the record his peaceful death.

The outpouring of love and gratitude has been stunning. So many people have shared amazing stories of memorable Dr. Zero wisdom still kicking inside their hearts. We are honored on his behalf. Plans are underway for a memorial service to be held early April at the FSU Film School.

Richard would want everyone to remember a few things:

Turn the music up when they kiss, down when they talk.

The door is always open.


Published by Tallahassee Democrat on Feb. 5, 2017.
To plant trees in memory, please visit the Sympathy Store.
MEMORIAL EVENTS
To offer your sympathy during this difficult time, you can now have memorial trees planted in a National Forest in memory of your loved one.
MAKE A DONATION
MEMORIES & CONDOLENCES
Sponsored by the Tallahassee Democrat.
2 Entries
He was a cool dude I knew well Todd-so studios east in New York
Bobby lee Miller
Friend
October 13, 2017
Kind Gentle Man! Who loved Chocolate & unselfishly shared!
Tammy Critter Getter
Friend
February 27, 2017
Showing 1 - 2 of 2 results