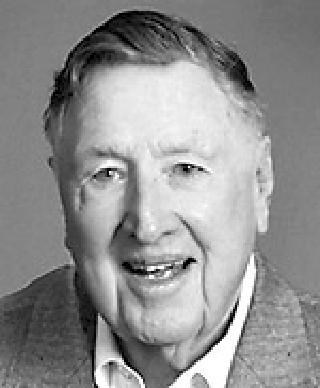 90, of Plant City, Florida, born March 13, 1929 in Jacksonville, entered into eternal rest on April 29, 2019. He attended Plant City High School and the University of Florida, and was a member of the First United Methodist Church of Plant City. He was a retired United States Navy Aviator earning the rank of Lieutenant Commander, and serving 24 years in the Navy and Navy Reserves. He was the former Chief Test Pilot for Aero Corporation, the former Owner and Chairman of B.M. Smith Motors, Inc, and the current Chairman of KDM Associates Real Estate Holding Company.

The family will receive friends on Friday, May 3 from 5-7 pm at First United Methodist Church of Plant City, 303 N. Evers Street, Plant City, where a funeral service will be held on Saturday, May 4 at 11 am. Committal with military honors to follow at Oaklawn Cemetery, Plant City. In lieu of flowers, memorial contributions may be made to Florida United Methodist Children's Home at fumch.org, Timucua District-Boy Scouts of America at tampabayscouting.org/districts/timucua-district, and/or Plant City Photo Archives and History Center at plantcityphotoarchives.org. Expressions of condolence at:

www.HopewellFuneral.com
Published by Tampa Bay Times on May 2, 2019.
To plant trees in memory, please visit the Sympathy Store.
MEMORIAL EVENTS
May
3
Visitation
5:00p.m. - 7:00p.m.
First United Methodist Church of Plant City
303 N. Evers Street, Plant City, FL
May
4
Funeral service
11:00a.m.
First United Methodist Church of Plant City
303 N. Evers Street, Plant City, FL
Funeral services provided by:
Hopewell Funeral Home and Memorial Gardens - Plant City
MAKE A DONATION
MEMORIES & CONDOLENCES
13 Entries
My deepest sympathies.May the God of all comfort strengthen the entire family during this time of sorrow. Always remember that God keeps in his memory those whom we lose because they are precious in his eyes (Psalms 116:15)
Norma
May 22, 2019
Your Dad was always smiling. He was in our parents wedding. God gained a precious angel. May you find peace in knowing he touched so many people. I still have my strawberry he gave me. God bless the family.
Jenni Barwick
May 9, 2019
May the God of all comfort sustain your family during the days ahead Psalms 119:76
May 9, 2019
Thoughts and Prayers for the entire family. Mac was a "Good Man", a man this world needs more of today. He supported and stood by my family in our darkest hours in the late 90's. Heaven's newest angel will be selling Dodges soon!
Steve Marsh
May 4, 2019
My "Deepest Sympathy" to the Smith family at their time of grief. Mac was a good man, a great person to work for and gonna be greatly missed by all. He always had that smile and would give us a big hug every time we seen him. So sad to hear about his passing.
Barbara Brown
May 3, 2019
We enjoyed knowing Mac for many years and purchased several vehicles from him. The Plant City area will be a little quieter without him and he will be missed. Prayers for his family in this time of loss.

Virginia,Jeff, Patsy and Doug Leetun
May 2, 2019
My sincerest condolences to the Smith Family for the loss of your loved one, Bryan McCain, "Mac", and pray you find comfort in Psalms 91:2.
JKH/JW
May 2, 2019
Offering our deepest condolences during this difficult time.
The Staff of Hopewell Funeral Home & Cemetery
May 2, 2019
Mac was always larger than life with a kind heart, warm smile and lots of bear hugs. He was a friend, mentor and a driving force in this community. He will be missed and I wish Cookie and the kids peace and love during this time and on into the future. Mac touched so many lives including mine and his good works live on in all of us and the community he loved so much. Love always, Janet Dougherty
Janet Dougherty
Friend
May 1, 2019
It was our great honor to know Mac and Cookie. Mac is greatly loved and will be greatly missed.
Rev Doug and Roxanne Pareti
Friend
May 1, 2019
Rev. Doug and Roxanne Pareti
Friend
May 1, 2019
A great friend he Cookie Reba and I have had such good times eating dinner at Harrys and walking the streets of. Las Vegas for many years. We have traveled many miles together,and it didnt matter where or what city we were in you would hear some one call out HEY MAC,he knew more people than any one that I have known.Mac had a memory like a steel trap,as he would always respond by calling those people by their names.MAC was a great mentor to me in my career always gave very good advice when I asked for it. I consider myself lucky to have known MAC for so many years and will miss him dearly.
Johnny Page
Friend
May 1, 2019
I consider it a privilege to have known him, he will be dearly missed.
Jennifer Brown
Friend
May 1, 2019
Showing 1 - 13 of 13 results