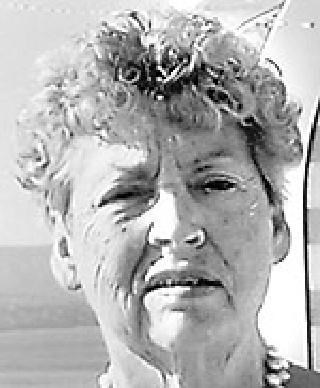 89 of Clearwater Beach, passed away Wednesday, March 4, 2015 at home. Eileen was born in London, England and came to America in 1946 as a war bride. She lived in Madison, WI and retired to Florida. Eileen is survived by a son, Stephen (Debra); two daughters, Tricia (Robert) and Kathleen; six grandchildren; seven great-grandchildren; along with a brother, Peter (Lois) Press and several nieces and nephews. She was predeceased by her parents; her husband, Robert; a son, Peter; and a sister, Alice. Private family services will be held at a later date. Condolences may be offered at:

www.serenityfuneralhomelargo.com
Published by Tampa Bay Times on Mar. 8, 2015.
To plant trees in memory, please visit the Sympathy Store.
MEMORIAL EVENTS
To offer your sympathy during this difficult time, you can now have memorial trees planted in a National Forest in memory of your loved one.
Funeral services provided by:
Serenity Funeral Home & Serenity Gardens Memorial Park
MAKE A DONATION
MEMORIES & CONDOLENCES
4 Entries
So sorry to hear of your moms passing wouldlove to hear from you deb and steve
Lynn Bonfield
March 9, 2015
I was sorry to read your mother's obituary in Sunday's Madison paper. Please accept my sincerest sympathy. I have fond memories of her when she visited our home in Black River Falls, WI when I was a child.
Jean Jessop Moseley
March 9, 2015
Rest in peace dear sweet Eileen.
Betty Seurynck
March 8, 2015
So sorry to hear of your mothers passing. You are all in our thoughts and prayers.
Jan Kennedy
March 8, 2015
Showing 1 - 4 of 4 results