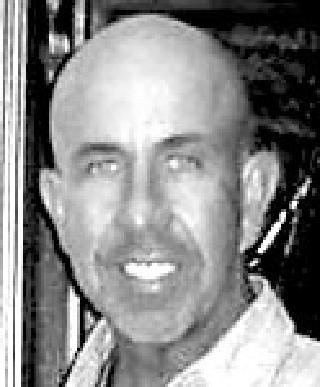 58, lost his battle with cancer with dignity and grace January 15, 2019. All during Greg's cancer journey he lived with an abundance of gratitude and faith. He always considered himself blessed and was admired for his strength and positive outlook.

Greg was born in Honolulu, HI and grew up in Tampa, graduating in 1979 from Robinson High School. He graduated from Ouachita Baptist University in Arkadelphia, AR in 1983 with a degree in business administration. He was a member of Beta Beta Men's Social Club and Ouachita Student Foundation. He always held his college friends close to his heart. He loved them very much and was appreciative of their lifelong friendships.

Greg lived many years in Little Rock, AR before moving back to Tampa where, for 25 years, he owned The Gardening Guys, a complete landscaping and designing business. At a very young age he learned his work ethic and his passion for gardening from his father.

Greg had a love for all things beautiful. He had exquisite taste that showed in every aspect of his life. Some of his favorite things were watching sunrises, visiting Mount Dora, and spending time in his rose garden. All noticed his icy blue eyes, bright smile, and infectious laugh. Greg was also a dedicated friend. Even during his last days, he had a genuine need to know how his friends were doing.

Greg was very proud of his daughters, Lane (Vince) Warner and Taylor (Adam) Jarboe. He bragged constantly about his grandchildren, Pennington and Eloise Jarboe. Greg also leaves behind his brother, Jeff (Dewy) Yurchis. He was preceded in death by his mother, Joan Marie Yurchis and father, Chancy Yurchis.

He is deeply missed by many, including the love of his life for 18 years, and business partner, Ben Neel III; and lifetime friends, Becca Snider (Anthony) Tally, Doug (Debbie) Erion, Trish North (Richard) Wood, Walton Mathews, and many, many more. They were proud to know Greg and were inspired to be like him.

In lieu of flowers, please make donations in honor of Greg Yurchis to Lifepath Hospice. There will be a Celebration of Life in his memory that will be announced at a later date.
Published by Tampa Bay Times on Jan. 25, 2019.
To plant trees in memory, please visit the Sympathy Store.
MEMORIAL EVENTS
To offer your sympathy during this difficult time, you can now have memorial trees planted in a National Forest in memory of your loved one.
MAKE A DONATION
MEMORIES & CONDOLENCES
5 Entries
Greg,
You were a light that lit up the room. I will truly miss your smile and tenacious fight for life. I am very saddened by this news.
Diane Trimble
February 7, 2019
My dear friend, I will miss you with all my heart. We had a strong and long friendship for many many years. One that I always treasured, and I will never forget. I can't believe you're gone, you were my hero, the way you battled your illness with such a positive attitude. I love you for that and for so much more. To your life partner Ben and your family I offer my deepest and most sincere condolences.
Arnold de la Cruz
Arnold de la Cruz, Jr.
January 26, 2019
I love you and miss you so much. Always will. 30 years of friendship wasn't long enough.
Becca Tally
January 25, 2019
Deepest condolences
Prayers
Margo Culbertson
January 25, 2019
Greg, your smile lit up the room, you will be terribly missed. Ben, my sincerest condolences to you.