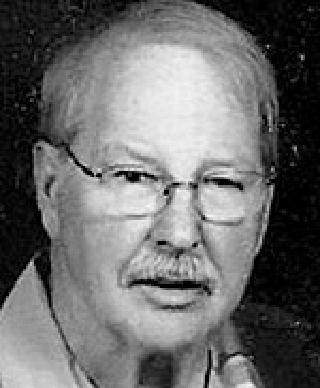 75, of Tampa, went peacefully home to be with his Lord and Savior on Sunday April 1, 2018 after complications from a 20-year battle with Parkinson's disease. Harry was born in Newark, Ohio to the late John and Geneva (McCutcheon) Hickinbotham on January 14, 1943. The family moved to Tampa in 1956. Harry attended Wilson Junior High, Plant High School and graduated from Robinson High School in 1961 as a member of its first graduating class. Harry played football for both Plant and Robinson. He ran track and was the City of Tampa high hurdles champ in 1960. He attended the University of South Florida and graduated in 1965 with a degree in liberal arts/history and later added a degree in mechanical engineering. Harry served as a lieutenant with the Navy in aviation during the Vietnam war, and was deployed in the Aleutian Islands in Alaska. He was employed by Shell Oil company and retired from the U.S. Postal Service after 20 years. Bayshore Baptist Church was an important part of Harry's life. He had been a member there since 1964 serving on various committees and as a deacon.

Harry had an endearing smile, great sense of humor, outgoing personality, and loved every animal he ever met. He loved "fixing" things, working on cars, and later in life riding his Harley. He was extremely proud of his two sons and all their achievements in school, athletics, and later with their chosen jobs and their families, especially his four granddaughters.

Visitation will be Saturday, April 7 at 2 pm, at Bayshore Baptist Church with service to follow at 3. In lieu of flowers, donations may be made in his name to the Bayshore Baptist Church or Michael J. Fox Foundation at michaeljfox.org/fasterprogress. Special thanks go to Harry's kind and wonderful caregivers who have been faithful to his needs over many years.

Condolences can be shared with the family online by visiting:

Published by Tampa Bay Times from Apr. 5 to Apr. 6, 2018.
To plant trees in memory, please visit the Sympathy Store.
MEMORIAL EVENTS
Apr
7
Visitation
2:00p.m. - 3:00p.m.
BAYSHORE BAPTIST
3111 W Morrison Ave, TAMPA, FL
Apr
7
Burial
5:30p.m.
Fogartyville Cemetery
4200 3rd Ave NW, Bradenton, FL
Funeral services provided by:
Brewer & Sons Funeral Homes - Tampa
MAKE A DONATION
MEMORIES & CONDOLENCES
17 Entries
My condolences to your family may they find comfort and peace in family and friends at this time while trusting God to sustain them (1 Thessalonians 4:14)
Stonemountain , Georgia
April 14, 2018
Sharon I am so so sorry to hear this but now he is happy and he was a wonderful man love you
Donna Pavey
Family
April 9, 2018
Dear Sharon and family,
I am so very sorry for your loss. I remember harry fondly as a very fun person during our school years. My thoughts and prayers are with you. Love, Judy Fernandez Watson
April 7, 2018
Ben and Laurice Gettys
April 7, 2018
So sorry for the family of your loss. Harry was a wonderful man whom we worked with for years. He was kind and helpful with anything that you needed from him. It was at postal service we met. You couldn't have asked for a more fair supervisor or man.
Ben and Laurice Gettys.
April 7, 2018
My condolences to the Hickinbotham family.Harry was a great guy. I lived at 4730 Leila av. Robinson class 63.
bernard cole jr.
April 7, 2018
Sending our heartfelt sympathy.
Ken & Cheryl Boggs
Friend
April 7, 2018


Dear Sharon and family, So sorry for your loss and my prayers are with you for peace and strength at this time. I have thought of you through the years as we were friends in school.I also was my hubby's caregiver for 11 years and lost him Nov,2013 so I know your pain and we will all be together in Heaven and I find relief in knowing our God is real. Love to you. Pat Fitzgibbon Benjamin. Spring Hill Fl. 941-740-0308.
Patricia Benjamin
April 6, 2018
My Condolences to his widow and family from a Plant H.S. friend.
Tommy Bird
April 6, 2018
I was so sad to hear of Harry's passing but I know he is in a better place. His sense of humor and wit will always be in my memory. He was blessed to have a loving family to take care of him. 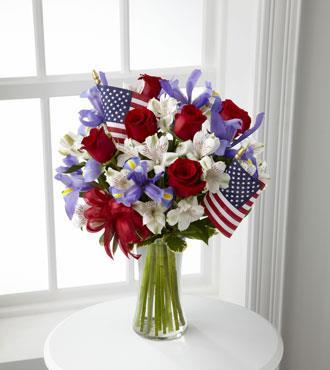 John Billeaudeaux
April 5, 2018
I remember him as always smiling and being polite and kind to all his fellow students.
Burke Billeaudeaux
Friend
April 5, 2018
I know he is happy now. Wonderful man
Donna Pavey
Family
April 5, 2018
Our hearts are saddened by your loss and our thoughts and prayers are with your family. May your precious memories of your time together help with the pain. May God comfort your hearts and give you peace. 2 Thessalonians 2:16-17
April 5, 2018
Sharon and Kevin, you both mean so much to me and my family. You are like family after all of our years at Cambridge. My heart goes out to you both. I know you have endured many years of watching your husband/fathers health fail but I know you both can rejoice in the fact that he is whole again and no longer suffering. I know firsthand how trying it can be on a caregiver but we never want to let them go. Thank God for the promise that we will all be together again in heaven, with no illnesses, flaws, disease nothing but pure wholeness and celebration. The McCann family loves you!!!
Rachel McCann
Friend
April 5, 2018
Sharon and family. I am so to hear about Harry. You all gave him amazing love and care. He was blessed beyond measure. Please know I'm praying for you and your family. All my love.
Tonya Boss
Friend
April 4, 2018
Showing 1 - 17 of 17 results