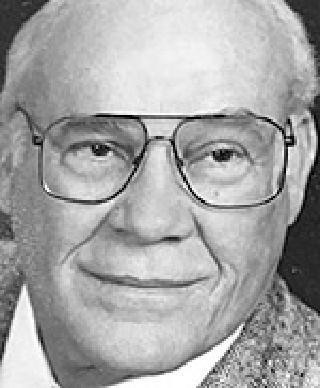 I'm coming in a little late here, but that has given me an opportunity to read the many memories and tributes to Pete ahead of my own.

I've only known you and Pete for about a decade, but I've always felt grateful for the gift of your friendship, for the gatherings and hospitality in your beautiful, interesting and idiosyncratic home, and for the social and cultural values we share. And for our shared love of dogs, too. (See, Max and Skip, I couldn't leave you out!)

As a retired teacher, I'm especially moved by the words of Pete's students and colleagues. Pete's warmth and humility and gentle, slightly droll humor, combined with his professional accomplishments and strengths, clearly had and will have enduring influence.

Little things, too, light up my own memory, like the time my dog Ralegh fell in the Davidsen swimming pool. Twice!

Claudia, I'm looking forward to the gathering of the Pete Davidsen Fan Club next month.

Pete, I'm lucky to have known you. As I hit Post I'm lifting a glass of good whiskey in your honor!

Peter Klappert (+ Ralegh, + Luna)
Peter Klappert
May 18, 2019
Claudia and Family, Pete Davidsen hired me in 1990 to be the Food Service Director. I was an "outsider" at the time and following someone who had been in the position for twenty years plus. Coming from a small district, I had no idea how a big district operated - I was in for a challenge! And as my boss, Pete helped me navigate some difficult situations, implemented many of my ideas, and supported me through many "naysayers" who were not happy with me or my decisions! Nevertheless, we moved the program forward by making it financially stable, increasing morale with team members, and creating a better nutrition experience for students. I always found him to be kind, honest, and fair.
Rest in Peace Pete and may God Bless his Family
Mary Kate Harrison
May 6, 2019
When I arrived at the District in 1993, I went to see Mr. Davidsen in an attempt to acquire monies for Department vehicles (as our officers had been driving their own cars on patrol- being reimbursed for mileage only) and safety gear (bullet proof vests and the like). While we initially had "interesting exchanges" regarding our different safety and security "philosophies," Mr. Davidsen found the resources for our Department's needs...thus greatly enhancing the safety, as well as the morale of all our officers. Mr. Davidsen earned my deep respect through his dedication, intelligence, tenacity, and hard work. May he rest in peace.
David Friedberg
May 5, 2019
Dear Claudia and family,
My best of thoughts and prayers go to you today and in the days to come as you continue to celebrate the life of our beloved Pete Davidsen. When I heard of Pete's passing, I felt compelled to write some thoughts on my Facebook page because I wanted to share how much of a role he played in my life and career as an educator. My first thoughts were if he ever really understood how grateful I was for his encouragement, support and leadership. He had the confidence in me to hire me twice, be an advocate for me as I moved into administration, provide me with opportunities for growth that have served me well in my 45 year career. I do not think that he was good or comfortable at accepting a "thank you" or wanting recognition for going the extra mile to help someone. He just quietly guided, was willing to empower and lead by example. I have always been and will always be so appreciative of the many ways he helped me learn, grow and hopefully be a good example of our noble profession. I just hope I have done him proud. May God rest his soul and bless all of you!
Dr. Sylvia Cantrell Albritton
May 4, 2019
Pete was a very good friend and was a great school principal. He knew most of his students names and they all loved him. I truly enjoyed working with him as he was always sincere and enthusiastic about everything
Van Williams
May 3, 2019 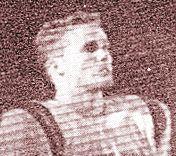 I played football with Pete at the University of Florida. Pete was a year ahead of me, but I recall him helping me to overcome some of my nervousness during my freshman year. We both played tackle for the Gators. I always wondered what happened to him and I see he had a very successful career. His family should be proud of him.
Richard (Dick) Brantley
May 2, 2019
Nelson and I send our love to Claudia and the Davidsen family. Pete was such a good man and a wonderful teacher, mentor and leader for those of us who were fortunate enough to know him.
Margaret Griffin
May 2, 2019
Sympathies and prayers to Claudia and family. I had the honor of working for Mr. Davidsen when he served as Deputy Superintendent. Always the educator I learned so much from him. He will be greatly missed.
Linda and Henry Fernandez
May 2, 2019
My sincerest condolences to the Davidsen Family for the loss of your loved one, Peter Bertel, "Pete", and pray you find comfort in Psalms 91:2.
JKH/JW
May 2, 2019
Offering our deepest condolences during this difficult time.
The Staff of Zipperer's Agape Mortuary & Crematory
May 2, 2019
Showing 1 - 11 of 11 results