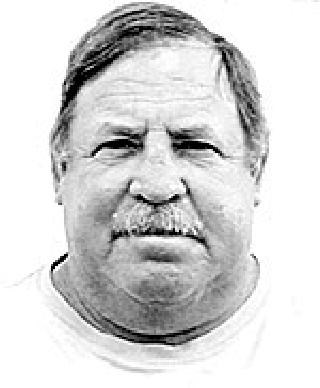 after a robust life of living to its fullest, went to his "Margaritaville In The Sky" on Friday, March 17, 2017. A 30-year resident of Crystal Beach, Hoop was born in St. Petersburg November 19, 1960 to the late William W. "Bill" Hooper and Wyolene Hooper, the youngest of three children.

Following graduation, he joined the family business, Pinellas Pools, was promoted to Vice President, and worked there throughout his life. Wade grew to become a leader and well-respected contractor in the commercial swimming pool industry. He was a member of the National Swimming Pool Foundation, where he participated in events throughout the Southeast.

Hoop was a "Proud Parrothead" and an avid outdoorsman. He spent his life in and around salt water: whether fishing in the Gulf or off the coast of Costa Rica, lobstering in the Keys or travelling to South America and the Caribbean to participate in fishing tournaments. Naturally, he kept up with his "aquatic" sports teams: the Miami Dolphins and the Florida Gators. On land, he enjoying going to the hunting camp with his dad, his brother, nephews and friends. He was a passionate fan of Dale Earnhardt and his #3 car, and enjoyed following the DEI team in the NASCAR Racing Circuit. He also followed in his father's "fraternal footsteps" by becoming a 32deg. Master Mason, a member of the Scottish Rite, and a Shriner.

His heart was as big as the waters he navigated. While Hoop was a son, brother, and uncle in his immediate family, he was considered everyone's favorite adopted big brother, uncle, and even surrogate father, especially to Johnny, Jackie, Robbie, George, and Tara. His generosity, selflessness, and thoughtfulness knew no bounds. He will be deeply missed.

In lieu of flowers, please send donations to the Shriner's Childrens Hospital, Tampa, 12502 USF Pine Dr., Tampa, FL 33612.
Published by Tampa Bay Times on Mar. 22, 2017.
To plant trees in memory, please visit the Sympathy Store.
MEMORIAL EVENTS
To offer your sympathy during this difficult time, you can now have memorial trees planted in a National Forest in memory of your loved one.
Funeral services provided by:
North/Meadowlawn Funeral Home
MAKE A DONATION
Please consider a donation as requested by the family.
MEMORIES & CONDOLENCES
27 Entries
Think of you from time to time. Your home is in good hands with your nephew. I think you'd approve. Miss your Jimmy Buffet. Rest Easy. Your neighbor Carol
Carol Ford
March 13, 2019
Every time I see a picture of the pool at Coral Reef I think of Robert and the tough negotiations we had to get the job done. Robert thank you so much wherever you are. Ed Bennett
Ed Bennett
Acquaintance
March 13, 2019
My mother in law Shirley was handicapped and couldn't get around very well without help. Going out was especially hard on her and she would be housebound for long periods of time. Hoop was a friend of my brother in laws since forever. He'd just show up at night and ask her if she felt like playing cards. Shirley got such a kick out of beating him. It's the little things in this life that truly matter. To some this wouldn't be a big deal but to my mother in law it was special to her. Hoop was special to her. In the 37 years I've known Hoop, I've always known him to be a kind and caring soul. He always had a smile and hug for you that would brighten up your day no matter how long it had been since you'd seen him last. May God's eternal light shine on you forever... you will be truly missed.
Lisa Koenn
March 26, 2017
My most deepest sympathy and condolences go out to his family and he will be sorely missed . We had done more than one project together in a relationship spanning over 14 years . Rest in peace my friend .
Dale Schueneman
March 25, 2017
May you Rest In Peace Hoop. You will be sorely missed. Prayers and positive thoughts to the family.
Greg and Pam Cutsuries
March 24, 2017
Hoop was a true treasure to all that knew him.Thank you Wade for sharing your world with me. Friends will gather and surely wade's name and a funny story will follow. You have touch many in your short time here.
Mark Pabst
March 24, 2017
My deepest sympathy to the family. Heaven has gained another angel.
Mariana Vitorino
March 24, 2017
I only knew Wade from business meetings I had with him. In all of our negotiations his integrity was outstanding and his knowledge of his business extensive to the point of being remarkable. My one regret that he passed at such a young age and I did not have the opportunity to know him better. My condolences reach out to all of his family and friends.; Ed. Bennett.
Ed Bennett
March 24, 2017
Always a PIA In a good, most of the time way! Won't forget Miss Dixie and all of the other things that made us laugh.
March 23, 2017
Wade you are the best! We have known each other only 18 short years and enjoyed working with you on many challenging projects. I will miss you buddy!!!


Condolences and deepest sympathy to the family for your lost.
Leroy Chin
March 23, 2017
Wade, was one of my teammates and school friend at TSHS. Until we meet again for another game of ball may you rest with the best and forever watch over us.Prayers to his family friends and loved ones.
James Frazier
March 22, 2017
RIP mr wade
William Frazier
March 22, 2017
I will always remember our friendship, you've always been a great friend to me. It was special in high school and has been so many times since, love you buddy, rest in peace
Cassandra Arter
March 22, 2017
I'm not even sure where to begin, you were one of my best friends in high school, we've met up many times since then, I have no words, I love you Hooper, rest in peace my friend, you are missed.
Cassandra Arter
March 22, 2017
We miss you greatly and are deeply saddened by your passing. You were a true friend and an exemplary business associate, always going above and beyond. May God rest your soul and keep you in peace.
Craig & Eva Sas
March 22, 2017
I am praying for the family of my high school classmate and fellow baseball teammate, Wade Hooper. I'm very sorry for your loss, and I trust that the compassion and comfort of Almighty God will be your source of strength in the days and weeks ahead.

Wayne C. Cooper
Wayne Cooper
March 22, 2017
Our family has known Hoop for almost 25 years and he was always a very true and genuine friend. We shared the deep passion we both had for the saltwater life having literally 100's of diving fishing adventures . Every year Hoop would spend time with us in the Florida Keys , a place he absolutely loved...he idolized Jimmy Buffet like no one else...he knew every song by heart....and had met and loved to visit the late Capt Tony at his saloon in Key West
Hoop was an eternal 10 year old kid when it came to fishing...loved it dreamt it lived it! He has a permanent spot on my boat and in my heart. We loved him so much and miss him terribly. Our genuine sympathy to his family who have endured way too much recently! He loved his family and spoke about them with that sparkle in his eyes often on our trips. Love you Hoop!
Scott Stevens
March 22, 2017
May God be with you. I will never forget you. I will always remember going to Prom with you.
Doreen Jankowski/Micciche
March 21, 2017
The memories of you coming to get me when I was a little girl because you locked you keys in the house again and I could fit through your tiny bathroom window and unlock the door will always be with me. Mom recently told me that I had borrowed money from you when I was in high school and you told her you would never lend money to anyone else but me because you knew I would pay you back. My sincerest condolences to your family.
Joni (Warman) Wilson
March 21, 2017
"We send our prayers to Wade and his family. As fellow member's of the United Pools and Spa Association, Wade will be greatly missed in our industry. God Bless..."

From our Symbiont Service Corp's Family to The Hooper Family
Holly Howarth
March 21, 2017
Sincerest condolences and warmest wishes to Wade Hooper's family. Wade was a longtime member with the United Pool & Spa Association and we regret the loss.
John (JC) Centera / president
on behalf of The United Pool & Spa Association
John (JC) Centera
March 21, 2017
Thoughts and prayers to your family and friends. We will miss you very much! Thanks for all the good times and memories, we will never forget your free spirit and laugh. God Bless <3
Geana Liberatore
Friend
March 21, 2017
My thoughts and prayers go out to the Hooper family and friends. He was a great man and will be missed by many.
Rest in Paradise Hoop
Corinna Bellotte
March 20, 2017
Wade , Although we never met personaly I will miss working with you. I am praying for your family the they receive peace comfort from from our savior Jesus. we can only hope to carry on your legacy until we meey again
John Steele
Coworker
March 21, 2017
We will miss you dear Hooper. Rest Easy. The Ford Family
March 20, 2017
My sympathies to the Hooper family. Sending prayers for your strength in these tragic times. Wyolene, I can't imagine your pain. Your husband and son within 6 weeks. I know your family is there but John and I are here whenever you need anything.
peg/John Ulrich
March 20, 2017
Wade / HOOP, was a very special and unique great friend. He was also one of the hardest workers I have ever met.....running his very successful pool construction business. Hoop and I spent many many days and nights deep sea fishing, scuba diving and spearfishing offshore in the Gulf of Mexico together. He was an unbelievable fisherman and totally at one with mother nature underwater as well. I consider Hoop as one of my very best friends (Hoop helped me thru some really tough times during my divorce as well)......he will be sorely missed by all that knew him! I will miss him until my dying day, when I will see him again. We all Loved our HOOP! Tight Lines my Great Friend. Shelby Best
Shelby Best
March 20, 2017
Showing 1 - 27 of 27 results