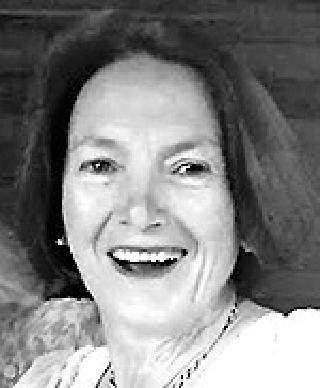 of St. Pete Beach, Florida and Lake Placid, New York died peacefully in her sleep surrounded by her loved ones early Saturday morning, June 22, after a long battle with cancer.

Born in Garden City, Long Island in 1948 to Ralph and Edie (Weed) Schneider. Susan had a wonderful life filled with joy and love as she pursued her passions for education, hard work, charity, golf, waterskiing, great friends, cocktail parties and her granddaughters. She had an illustrious academic career, attending Miss Porter's School where she was head of students; Wellesley College where she participated in an exchange program with MIT and met her first husband, David Ness; and The Harvard Business School where she was a member of the pioneering class of 1973, the first with a "significant" number of women graduates.

After nearly a decade in banking in Philadelphia, Susan followed her heart to Lake Placid where she joined ORDA as VP of Finance around the time of its inception. While her full time residence in Lake Placid was relatively brief, her connection to the Lake Placid community remained a driving force throughout her life.

Relocating again in 1987, Susan embraced her new community of St. Petersburg, first as part of the visionary redevelopment team at the Bay Plaza Companies and then as an active volunteer and avid golfer. From her role as treasurer of the Junior League to her more than 20 years as a VITA volunteer tax preparer for the IRS, Susan enjoyed putting her professional skills to work for her community. She also lent her talents and leadership abilities to organizations ranging from the Suncoast Girl Scouts to the USF Town & Gown to several regional women's golf associations including West Coast and S.L.A.P.S. She was also an active member of the Wellesley and Harvard Clubs in Tampa Bay for three decades. She made many wonderful friends on and off the golf course through the St. Petersburg Country Club and traveled extensively, mostly for golf with her husband of 30 years, Richard Riggins.

Still, her passion for the Adirondacks drove most of her philanthropic efforts throughout her life. Returning each summer, Susan reliably and energetically served many local organizations. The Shoreowners' Association, where she served first on the Board, then as its President and later as its Treasurer for a total of more than fifteen years; the Placid Lake Foundation and its successor organization, the Lake Placid Land Conservancy; the Lake Placid Institute; and the Adirondack Health Foundation were among those closest to her heart. Loved by all for her passion and active involvement around Lake Placid, Susan handily earned recognition as a "Lady of the Lake."

Susan died in the place she loved most surrounded by the friends and family that she loved so deeply. Predeceased by her husband, she is survived by her brother, Ralph Schneider; her daughter, Antonia Ness; and her granddaughters, Edie and Cornelia.

In lieu of flowers please consider a donation to The Placid Lake Protection Fund of the Lake Placid Shoreowners' Association at Adirondack Foundation; to Memorial Sloan Kettering to benefit the cancer research of Dr. Mark Kris; or to an organization that reminds you of Susan.

The M.B. Clark, Inc., Funeral Home in Lake Placid, NY is in charge of arrangements. Relatives and friends are invited to share a memory, upload a photo or leave condolences at

www.mbclarkfuneralhome.com
Published by Tampa Bay Times on Jun. 27, 2019.
To plant trees in memory, please visit the Sympathy Store.
MEMORIAL EVENTS
To offer your sympathy during this difficult time, you can now have memorial trees planted in a National Forest in memory of your loved one.
Funeral services provided by:
M B Clark Inc Funeral Home - Lake Placid
MAKE A DONATION
MEMORIES & CONDOLENCES
6 Entries
Early morning yoga on Placid Lake with Susan is one of my fondest memories. Farewell. Muriel Luderowski
Muriel Luderowski
Acquaintance
June 29, 2019
Always upbeat even when she was suffering. An inspiration to everyone who knew her ! will be sadly missed.
Sue & Vic Torrisi
Friend
June 28, 2019
I had known Susan for quite a number of years and had no idea she had done so much with her life. She certainly lived it to the fullest with just the greatest of attitudes and love for her family and friends. You are missed!
merrilee miller
June 28, 2019
May the love of friends and family carry you through your grief.
Crystal Wilson
June 27, 2019
My sincerest condolences to the (Schneider) Riggins Families for the loss of your loved one, Susan, and pray you find comfort in Psalms 91:2.
JKH/JW
June 27, 2019
Peace be With You, Your Princess Hirrihigua Sisters in DAR Friendship
June 27, 2019
Showing 1 - 6 of 6 results