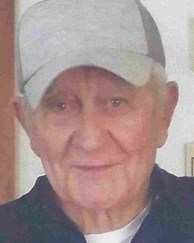 FUNERAL HOME
Crapo-Hathaway Funeral Home
350 Somerset Ave
Taunton, MA
James Richard Souza, 88 years old died in his home on March 24, 2016 surrounded by his loving family. He was born in Taunton, son of the late Manuel and Mary (Thomas) Souza. He had lived in Taunton for 76 years and the last 12 in Berkley. He was retired from Haskon Corp, where he was the head of maintenance. His most treasured times were with his family. He was known best for his great sense of humor. He was an avid outdoorsman, enjoying camping, hunting and fishing. James served in the US Army as a Military Policeman during the Korean War. James was the father of Donald Souza of Onset, David Sousa and his wife Deirdre of Berkley, Diane McQuade and her husband Robert of Raynham, Joyce Harwood and her husband Michael of North Dighton and Linda Munise and her husband John of Taunton. He is the proud grandfather of Edward, James, Jessica, Shannon, Jack, Kylie, Jake and Luke and great grandfather of Crystal and Melissa. James was the former husband of Mary (Vaz) Lafferty. He is the brother of Nancy Read and Elaine Souza of Taunton and Ronald Souza of Raynham and he was the brother of the late Richard Souza and Betty Hollingsworth. Relatives and friends are invited to attend a Funeral Service in the Christ Community Church, Middleboro Ave. East Taunton on Thursday March 31, 2016 at 10 AM. Donations in his memory may be made to a charity of ones choice. Interment services will be private. Crapo-Hathaway Funeral Home is assisting these arrangements. To light a candle, get directions or to access the memorial register go to www.hathaway funerals.com.
Published by Taunton Gazette on Mar. 29, 2016.
To plant trees in memory, please visit the Sympathy Store.
MEMORIAL EVENTS
Mar
31
Funeral service
10:00a.m.
Christ Community Church
Middleboro Ave., East Taunton, MA
Funeral services provided by:
Crapo-Hathaway Funeral Home
MAKE A DONATION
MEMORIES & CONDOLENCES
1 Entry
Jim loved hunting,and hunted with us in Andover, Me.I'll miss him and send love to Dave Souza and family.
Chuck Cannon
April 5, 2016
Showing 1 - 1 of 1 results