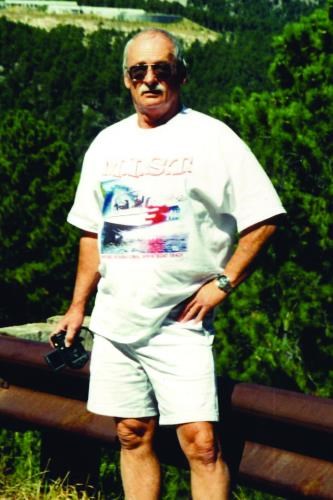 Curtis L. Elliott passed away on July 4, 2021 at St. John Medical Center. He was born on February 16, 1943 in Southwest City, Missouri to Curtis and Helen Elliott. Curt and his family moved to Longview in 1950, where he lived his entire life. He attended Kelso High School and graduated in 1961. After high school Curt enlisted into the Army, he served for 3 years in Germany. Curt work at Longview Fibre for 39 years, and retired in 2004. He was married two times, once in 1965 to Carol Baker, and finally in 1992 to his current wife, Karen Elliott (Herndon). He had memberships in the Columbia River Corvette Club, and U.S. Sprint Boat Association. Curt loved watching the Seahawks, Huskies, and the Olympics. Curt and his wife, Karen, traveled to Arizona after retirement and spent nine winters in Bullhead City. He spent many weekends camping with his family, playing softball and later coaching women's teams. He loved snow skiing. He always had music playing. Curt was rather opinionated with a quick wit and a great sense of humor. He loved all his family and was a constant worrier. He will be missed by many.

Curt is Preceded in death by his parents Curtis C. Elliott and Helen Elliott.