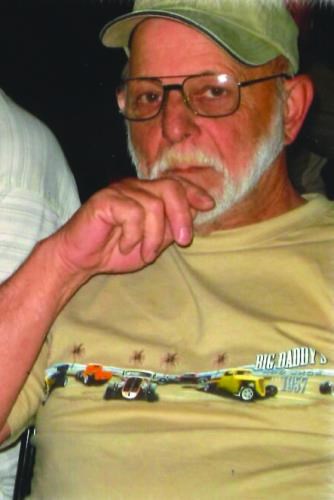 Dale passed away peacefully after his battle with small cell lung cancer.

Dale was number 3 of 6 children born to Paul and Myrtle Williams.

Born in Longview, Wa. raised in Kelso, Wa his whole life, he graduated from Kelso High School and joined the army to serve his country spending 18 months in Vietnam.

Dale started his own alarm company in 1999, D.W.A.R. He was his own boss until he retired in 2018. He enjoyed his customers and they were wonderful to him as were his employees. He had the best of both and we thank them all.

Dale loved spending time with his family and his friends, collecting and restoring old cars , going to car shows and going fishing (often with his youngest granddaughter as his fishing buddy)

Dale was blessed with 12 grandchildren and a new great granddaughter.

Dale was preceded in death by his parents, brother Dean and son Scott. May they greet him in heaven for a wonderful reunion.

Everyone is invited to a celebration of life potluck on Sunday September 26th anytime between 2pm and 5pm at our home. Please be sure to wear your masks to make everyone feel at ease.

Published by The Daily News on Sep. 17, 2021.
To plant trees in memory, please visit the Sympathy Store.
MEMORIAL EVENTS
Sep
26
Celebration of Life
2:00p.m. - 5:00p.m.
at our home
WA
MAKE A DONATION
MEMORIES & CONDOLENCES
2 Entries
Kathy & family In so sorry for your loss. May Gods blessings attend you at this time. Love and prayers to you all.
Becky Stafford
September 17, 2021
I miss you dad! This man raised me, loved me, helped me, held me and yes sometimes got mad at me. He was always there when you needed him and would drop what he was doing to come help. He would grumble occasionally but he would never say no. I couldn´t be the person I am today without him. Just a couple of my favorite memories- I was probably 7 or 8 and I had sprained my ankle. Well we were going camping at Timber Trails. It´s not a lot of fun as a kid when you can´t run and play all day with the other kids so we went for a walk and my dad packed me the entire way. Making me laugh, singing songs, picking berries. It was the best time. Speaking of camping my dad used to tell jokes or sing the most inappropriate songs around the campfire, but only after us kids begged him too! Then there was the time I was a new freshman away at college. I had a really bad week and just wanted to come home. Well dad came and got me. He got off work, drove 3+ hours to pick me up and 3+ hours home. I think we got home about 6am and he had to be to work at 8am but he didn´t care. One night with no sleep to make his daughter happy he said was nothing. As a young college student I was new to having a checking account and was faithful about balancing my checkbook. However one month I couldn´t get it to balance so I called home for help. Dad asked me to give him the balances and all the checks so I sat and read them all to him. He said give me a little bit and he´d call me back. About an hour later I got a call from my mom asking if I had been recording/making any deposits. Yes, of course. Well dad hadn´t asked for those and was racking his mind to figure out how he could come up with the thousands of dollars I was short to cover my account. We ended up with a good laugh and a balanced checkbook but I´ve no doubt he would have come up with the money if I had needed it. Some short pearls of wisdom from my dad - you can drive another 50 miles after your car hits E. Just because you have checks doesn´t mean you have money. If you are camping and have to walk to the bathroom in the dark just look up, if you can clearly see the stars then your still on the path and won´t run into a tree. There´s always a way, you just might have to get creative about it. Don´t eat berries on the trail if you aren´t certain what they are or if dad hasn´t said it´s okay. Always help others when you can. Dad could be firm when he needed to be but was never unfair about it. We learned to be thankful for what we had, how to make the best of a situation and how to laugh and have fun. I was blessed to have him as my dad and will miss him everyday. I love you dad
Tammy Kendle
Family
September 17, 2021
Showing 1 - 2 of 2 results