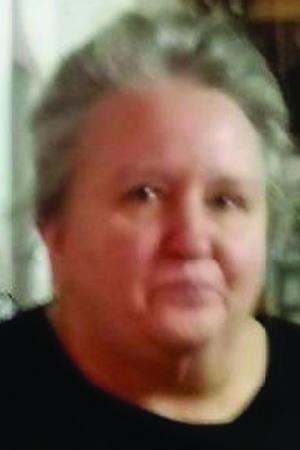 Diana Mae Stuart passed away Tuesday July 13, 2021 at the age of 64. She was born to Georgia and Lawrence Cox in Longview, WA on December 29, 1956. She was the middle child to an older brother and a younger sister. She attended Castle Rock schools and graduated from there in 1975, then moved down to Longview. She worked at several jobs including several years as a Nurse's Aide at the Americana Nursing home in Longview. She got married in 1988 to Walt and was married to him until his passing in 2017.

Diana is survived by her mother Georgia Cox of Kelso, her sister Darla Applebee of Mount Vernon, IA , Aunts Clara and Margaret of Oregon, and a son Tom of Longview. She was preceded in death by her father Lawrence, her husband Walt, brother Larry, and several other family members.

A celebration of Life will be held at Noon on July 30, 2021 at Riverside Park

Published by The Daily News on Jul. 29, 2021.
To plant trees in memory, please visit the Sympathy Store.
MEMORIAL EVENTS
Jul
30
Celebration of Life
12:00p.m.
Riverside Park
WA
MAKE A DONATION
MEMORIES & CONDOLENCES
0 Entries
Be the first to post a memory or condolences.