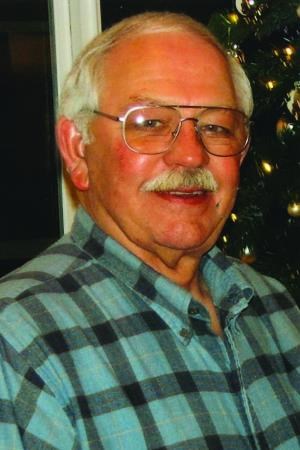 Longview resident, Edmund "Ed" Bourdage, 83, passed away at St. John's Hospital after a short illness. He was born in Seattle, WA. to Edmund and Lila Bourdage on March 14, 1938.

The family moved to the Longview Kelso area in 1951. Ed graduated from R.A. Long High School. He worked several jobs as a young man. He began his 31 year career in Law Enforcement at Kelso Police Department. After about a year, he transferred to the Longview Police Department where he was appointed as Chief of Police in 1983. He retired from Longview in 1990 and worked for WASP, Washington Association of State Police retiring in 1995. Ed attended and graduated from the FBI Academy in 1979. He also served as Deputy Coroner from 1998-2003 and Chief Deputy Coroner from 2003, retiring in 2005.

Ed was preceded in death by his parents, Ed and Lila and three brothers, Joe, Walt and Steve.

Ed is survived by a daughter, Dana, in Rainier. He is also survived by a granddaughter Jamie, and three great granddaughters, Eden, Avalon and Stormy, in Longview, who he was very close too and very proud of. He has had a loving relationship of over twenty years with his significant other, Jan Pyle. She is a retired nurse and has been there for Ed helping him battle Pancreatitis, Diabetes and his final illness Cancer.

He is survived by his brother David, Kalama, sisters Eydie (Leon) and Susan of Longview, sister-in-law, Patty of Kalama and Katherine of Ridgefield. He is also survived by his Aunt Eleanor in Kamloops, Canada, many cousins, nieces and nephews.

Ed was a compassionate and take-charge gentleman. He will be missed by so many people he worked with, and befriended over the years, always ready to help whenever needed.

His passions were his grandchildren, fishing, vacations, and trips to the casinos with Jan. There will no memorial service at the present time while under COVID restrictions. If you wish, donations may be sent to Community Health and Hospice Center, 1035 -11th Ave., Longview, WA 98632, or National Law Enforcement Memorial Fund,

Published by The Daily News on Sep. 8, 2021.
To plant trees in memory, please visit the Sympathy Store.
MEMORIAL EVENTS
To offer your sympathy during this difficult time, you can now have memorial trees planted in a National Forest in memory of your loved one.
MAKE A DONATION
MEMORIES & CONDOLENCES
10 Entries
I'm sorry to hear of Ed's passing. I rode with Ed often as a younger person. He was one of the best on the force and showed me several times of his driving skills while riding with him. Heaven got another angel today. Thank you for your service Ed. Rest in Peace.
Caren Teigen
Friend
September 25, 2021
Susan, so sorry to see if your brother´s passing May he Rest In Peace
Linda Waterman
September 15, 2021
I'm very sorry to hear of Ed's passing. I always enjoyed our talks - he was a straight shooter and I appreciated that about him, along with his dry wit. He will be fondly remembered. Our sympathies to Jan, his family and friends.
Noelle McLean
Other
September 15, 2021
My apologies for my delay in responding as I only now found out about Ed's passing. My sympathies and condolences go out to his friends and family.
John Bourdage
Family
September 15, 2021
Ed you will be missed. You were a bright spot on the days you came in for an appointment. I will miss you.
Bonnie Rosi
September 14, 2021
Thanks for the smiles and memories dear friend. Hoping that Clyde has shown you all of the best heavenly fishing spots.
Sandy Watts
Friend
September 14, 2021
Thank You for the kind words, he will be missed greatly.
Dana
Family
September 9, 2021
It was my privilege to work with Ed, first as a Sargent then as a command officer and Police Chief. He was a great police officer who cared deeply for his department. He is missed.
Randy Furman
September 9, 2021
So sorry for your loss. He was a great man. Will be missed by many.
Judith Nelson
Friend
September 8, 2021
Our condolences to Ed´s family. We have lived in the same neighborhood for over 30 years and have spoke with one another from time to time over the years. . Our sincere sympathy for your family and friends.
Yvette &Doug Davis
Other
September 8, 2021
Showing 1 - 10 of 10 results