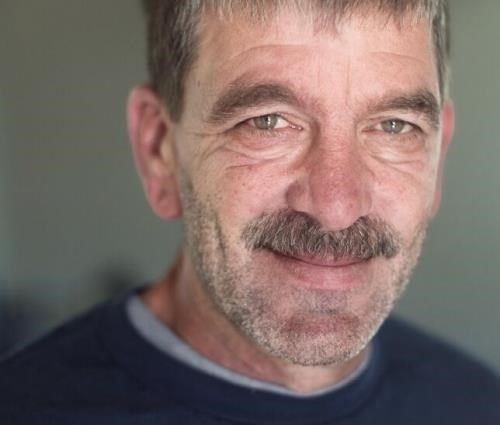 Edward Paul Harris passed away on July 31, 2021, in Ocean Park, WA with his wife by his side. He was born May 18, 1962 in Longview to Frank and Kathleen "Katie" Harris. He graduated from RA Long High School where he excelled in football, basketball, and wrestling. He later earned his journeyman at the Local Union #791. He and his wife, Lisa Harris were married October 14th, 1989 and had two children, Paul and Erin Harris. Ed's life revolved around raising his children, coaching baseball, riding horses, roping events, and trail riding. He loved family gatherings, camping, boating, fishing, clamming, and crabbing.

Celebration of Life to be held on Sept. 25 at 3pm at The Moose Lodge (921 Washington Way, Longview).

Published by The Daily News on Sep. 3, 2021.
To plant trees in memory, please visit the Sympathy Store.
MEMORIAL EVENTS
Sep
25
Celebration of Life
3:00p.m.
The Moose Lodge
921 Washington Way, Longview, WA
MAKE A DONATION
MEMORIES & CONDOLENCES
5 Entries
Love you Lisa. Ed was such a great guy and will be ddeply missed. Mark and I are here for you always...
Julie Curtis
September 19, 2021
Sorry for your loss Harris Family. Nothing but great memories with Ed ! Lucky to work with Grandpa Frank for years and heard many stories. Looking at Ed's picture reminds me so much of Frank. Ed was a great Athlete and competitor. My Mom Vivian sends her condolences as Well !!
Bill and Shelley Olsen
September 8, 2021
Miss you dad!!!!!!!!...
Erin
September 7, 2021
Huge condolences to all of Ed's family. He was truly loved by so many who went through junior high and high school with him. I'll remember his very sweet heart and sense of humor always. RIP Ed.
Liz Dowell Kruse
September 4, 2021
So many great memories made with Ed throughout our youth. His gruff exterior was a front for his big, sweet heart. You were loved, Ed and will be missed terribly. Our deepest condolences to Lisa, Paul, Erin and the rest of the family.
Kyle & Jodi Fowler
Friend
September 4, 2021
Showing 1 - 5 of 5 results