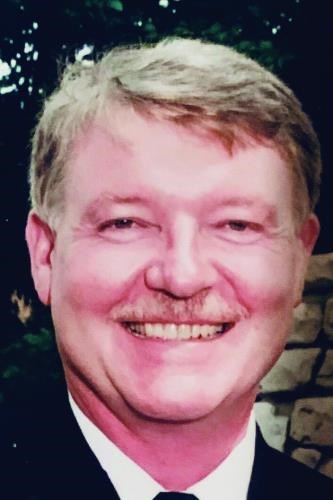 Jack Smith, Jr. (Chief Smith) passed away peacefully on December 16, 2020, in Spokane, Washington, after a lengthy and heroic battle with lung cancer.

Jack was born on November 13, 1948 in Shelton, Washington to Georgia and Jack Smith, Sr., the second of five children. He graduated from R.A. Long High School in 1966 and began his career as a firefighter for the Longview Fire Department.

Jack married his high school sweetheart, Lynn Karnes, on June 21, 1969, and they made their home in Longview, Washington. Jack and Lynn had three children, Nicole, Kyle, and Heather.

Jack served in the National Guard from 1969-1975 and was a graduate of Linfield College. Jack dedicated his life to the service of others, including his fire service career. Jack worked with the Fire Department until his retirement as Battalion Chief in 2000.

Upon retirement, Jack transitioned into work with Cowlitz 2 Fire & Rescue to develop a program through Kelso High

School which allowed students or "cadets" to learn fire science and technical education to prepare them for a career in fire service. Jack officially retired from the program in 2013, but he never lost his passion for his students or helping others. Jack served steadfastly as a leader, a mentor, and a friend to those he worked with and to all who knew him. He will forever be remembered for his tenacious spirit, his generous heart, his quick wit, and sometimes, his stubbornness.

Jack was incredibly passionate about his grandchildren, Luke, Henry and Avery and loved spending time with them, as well as Nicole and Lance's niece, Stella Rose, to whom he was like a grandfather.

He is survived at home by his devoted wife, Lynn; his loving children Nicole Tedrow (Lance Tedrow) of Spokane; Kyle Smith (Rachel Smith) of Redmond, Wash.; and Heather Meese (Nathan Meese) of Spokane; his grandchildren Luke, Henry and Avery, and countless students, family and friends who have been forever touched by his life. His dedication to a life of service is further evidenced by the donation of his body to WSU.

Memorial contributions may be made in Jack's memory to the cadet training program, and may be made out to IAFF Local 3828, noting benevolent fund; Cowlitz 2 Fire & Rescue, ATTN: IAFF 3828, 701 Vine St, Kelso, WA 98626. A virtual memorial service will be held on January 2, 2021 at 1:00; via the Emmanual Lutheran Church's webpage which can be viewed at: http://elclongview.com/ To view, choose the Media tab, and Videos, which will link to the service.

To plant trees in memory, please visit our Sympathy Store.
Published by The Daily News on Dec. 31, 2020.
MEMORIAL EVENTS
Jan
2
Memorial service
1:00p.m.
http://elclongview.com/ To view, choose the Media tab, and Videos
GUEST BOOK
5 Entries
Jack 's love of service will never be forgotten. May be rest in peace
Larry and Veryl Anderson
January 3, 2021
Death takes the body. Our mind holds the memories. Our hearts keep the love. Our faith lets us know we will meet again. Praying for all of you during this difficult time.
Larry & Evelyn Jackson
December 31, 2020
Lynn, my heart breaks for you and your family. I had the honor of working with Jack and learned so much from him about the fire department while he was with both Longview and CowlItz 2. My prayers are with you during this difficult time. He will be missed.
Kelly Gwinn-Duby
December 31, 2020
Jack was a wonderful Christian man with a great sense of humor. We worked together first when he was Emmanuel´s president and when I was. Meetings weekly at Judy´s restaurant were a part of our time together as we built agendas, planned, and problem solved. He was great in helping me crunch data as we did the church´s strategic plan. Jack was a trail blazer at Kelso High as he launched many students into fore fighting careers. May he Rest In Peace and may Lynn be surrounded in Love!
Barbara Clausen
December 31, 2020
Thank you for your service to our country. Rest In Peace.
Washington State
December 31, 2020