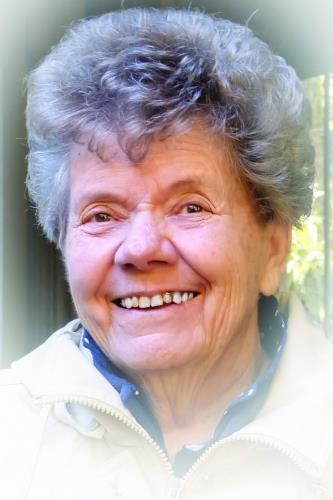 Mary Donald was born in Carrolls, WA October 4, 1932. She spent her early years there and in west Longview. Returning to Carrolls in her teens, she graduated from Kelso High School in 1950, and then attended Mt. Angel Girls College in Mt Angel, Oregon. In 1952 she married Robert Donald and moved to Woodland where they raised their family and operated a dairy farm for many years.

Mary had a zest for life and love for people and was always described as a kind, loving and wonderful person. She had a love for the Lord that radiated to others through both words and actions. Her heart and home were always open for the people around her. She loved her family well and particularly enjoyed outings in the mountains, at the coast and traveling abroad. Her smile and laughter were contagious as was her wonderful outlook on life. She loved to get together with friends and took a personal interest in everyone she met.

A private family burial is planned, but memorials to Mary's memory may be made to The Gideons International or Samaritans Purse.

Published by The Daily News on Sep. 9, 2021.
To plant trees in memory, please visit the Sympathy Store.
MEMORIAL EVENTS
To offer your sympathy during this difficult time, you can now have memorial trees planted in a National Forest in memory of your loved one.
MAKE A DONATION
MEMORIES & CONDOLENCES
0 Entries
Be the first to post a memory or condolences.