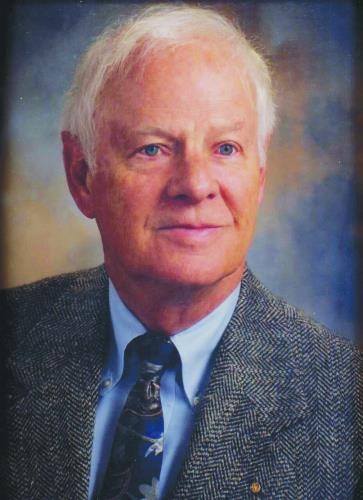 Philip Harold Henderson Jr. was born in Chicago, Illinois on January 15, 1924 to Evelyn (née Fink) and Phil Henderson Sr. The young family moved to Longview in 1926 so Phil Sr. could practice medicine with his father, J.W. Henderson, who had moved to the new city in 1924.

Growing up, Phil Jr. often visited his father and grandfather's office. He recollected that "one time I went up to see my father and granddad and called me into surgery where he was bleeding a man with hemochromatosis. The blood was running into a bowl, and the sight of it made me wonder if I wanted be a doctor." ("75 Yrs of Medicine in Longview"). Though uneasy at first, he reflected in a July 24, 1995 The Daily News article that "I thought it would be a neat thing to be a doctor and to help people." In addition to his profession, Phil Jr. also inherited his love of fishing from his dad and granddad, taking hiking and fishing trips around the Pacific Northwest. He attended R. A. Long High School, where he played basketball and tennis and courted his future wife, Alma Delta Stahlberg. After graduating in 1941, they headed to the University of Washington, where he was in the Navy's V-12 program. He graduated in 1945, and he and Alma married at the First Christian Church in Longview on June 23, 1945 while Phil was on leave from the Navy. He served as a corpsman in Bremerton then interned at Oregon Medical School's hospital before starting his residency at the University of Nebraska's hospital in 1949. Still in the Naval reserves, he was called back when the Korean War broke out. As a physician on loan to the Army, he worked at Madigan Hospital then transferred to Camp Stoneman, California. Upon arrival, he boarded a plane to Nevada to participate in the Camp Desert Rock atomic bomb tests. He returned to Nebraska to finish his residency and then joined Phil Sr.'s practice in 1953 in Longview with two young children in tow, Catherine and Philip III. Two more followed: Victoria and Kirk.

Throughout his medical career, he served as President of the Washington State Obstetrical Association, President of the PNW OB-GYN Society, State Section Chairman for the American College of OB-GYN, and Assistant Clinical Professor of OB-GYN at University of Oregon's Medical School. He practiced with his father until Phil Sr.'s death in 1965. He spent summers passing on his love of fishing and the outdoors to his four children with frequent family trips to Spirit Lake-a family favorite-where he served as camp doctor.

In 1967, he opened the Lower Columbia Women and Children's Clinic with three other physicians, and his son Philip joined him in 1980. They worked side-by-side until 1995, when Phil Jr. retired. After retirement, he continued his involvement in his medical societies, church, and Rotary while he and Alma Delta traveled the world, attended summer family reunions around the northwest, and fished in Homer, Alaska with their children. Each year, he and Alma Delta visited Seaside, Oregon, where they spent their honeymoon, and Kona, Hawaii, where they attended Moku'aikaua Church on Sundays and spent evenings on their peaceful lanai. Their children accompanied them to and from Hawaii in later years, and, after he lost Alma, his family continued to make the yearly pilgrimage to Kona with Phil Jr. Though he mourned his son Philip, who he lost in 2013, and his beloved Alma, who passed away in 2015, Phil Jr. was comforted by his faith, his routine, his family, his friends, and his neighbors and caretakers, whose company he cherished. Each morning, he would read his Daily Bread, and often he would sit at the lake and watch the geese, just as he and Alma had done. He continued gardening, making jam and pies, hosting dinner parties, attending Rotary and church, and telling stories from his long life until the very end. He will be greatly missed.

Phil H. Henderson Jr. is survived by his two daughters, Catherine (Kelly) and Victoria; his son, Kirk; and his daughter-in-law, Christina; five grandchildren, Melissa, Nathaniel, Whitney (Josh), Megan (Ryan), and Rachael (Scott); eight great-grandchildren; two nieces, Pamela and Melinda; and one nephew, Chris; and a much-loved extended family, including sister-in-law Mary Caroline Lane and her family. He is preceded in death by his son, Philip III; his wife, Alma Delta; and his sister, Joan.

A Celebration of Life Service will be held at 1pm on October 9th at Longview Community Church. Masks are required to attend.

If you would like to share a story about Dr. Henderson Jr., please mail it to: 2360 Cascade Way, Longview, WA 98632, or email it to [email protected] Stories will be collected and shared at a later date.

Published by The Daily News on Sep. 26, 2021.
To plant trees in memory, please visit the Sympathy Store.
MEMORIAL EVENTS
Oct
9
Celebration of Life
1:00p.m.
Longview Community Church
WA
MAKE A DONATION
MEMORIES & CONDOLENCES
1 Entry
This doctor, Philip Henderson ll, known as P2, brought me into this world in 1953. It was sad to read of his passing in the Longview Daily News today. His father. Dr. Phil Henderson sr. delivered my older sister. His son Dr. P Henderson lll known as P3 delivered all 4 of our children back in the 80s. 28 years after he delivered me i met him at his son's office. I thanked him for taking such good care of me, as I was born 2 months early. He shook my hand, as I stood before him as a 6"3' 200 lb adult, and he laughed. He asked me what in the world had my parents fed me. One can only wonder how many Longview kids were brought into this world by the three Henderson doctors. The Reynolds family sends the Henderson family our prayers and appreciation.
Bradd Reynolds
Other
September 27, 2021
Showing 1 - 1 of 1 results